Home / Recreation / Movies / What We Watched: Spider-Man: No Way Home 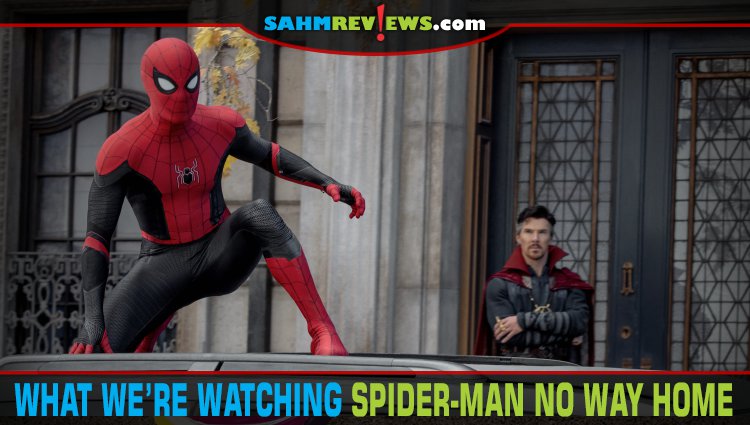 What We Watched: Spider-Man: No Way Home

I know things in the world are still a little wonky, but sitting in a movie theater offers a small taste of normalcy. We haven’t been to the movie very often, opting sometimes for streaming instead, but when it comes to Marvel we make the exception. Black Widow, Shang-Chi and The Legend of The Ten Rings and Spider-Man: No Way Home were enough to get us in the doors. The sounds rumbling the seats. The action flashing across the big screen. The excitement of being in a room with a bunch of other Marvel fanatics (confirmed by seeing how many stay for the credits and after credit scenes). Oh, and the popcorn. There’s no replacement for warm, buttery, movie-theater popcorn… even if they don’t offer the free refill like they used to.

Before Spider-Man: No Way Home released, I recall a lot of people concerned about spoilers. It’s been out for a few weeks now so I’m sure there have been some things that caught people by surprise. But it’s my intention not to spoil anything, just in case. A lot of people were asking whether Doctor Strange had a prominent role in this film and all I’m going to say is that you can see him in the trailer so you know he’s in it.

His role includes casting spells because, you know, that’s kind of Doctor Strange’s thing. What kind of spells? Well, I think that tidbit of information might give too much away so that’s as much as you’ll get from me.

It’s worth noting that Doctor Strange isn’t a bad guy even though he may look like he’s getting in a bit of a scuffle with Spider-Man. That doesn’t mean that Spider-Man is a bad guy. So what’s happening in this out-of-body image? That is something you’ll discover when you see the movie. It’s very relevant to the story.

So who else is in the movie? Of course, the movie wouldn’t feel right without MJ and Ned. Three people who work together can accomplish great things. Remember that last sentence as you watch Spider-Man: No Way Home. As you can see from the trailer, there are glimpses of familiar villain faces from the past. That’s about all I can say about their appearance(s) without spoiling the plot. You may be wondering if there are a lot of other surprises in the movie and I can confirm that there are. Thankfully, none of the “spoilers” that I heard in advance of the movie really prepared me for what actually happened. So even though I went in with some knowledge about who had been cast, it wasn’t anything like what I had predicted. In other words, even spoilers didn’t spoil the movie for me.

The last thing I want to say is this: If Spider-Man No Way Home is on your list, go see it in the theater. Streaming the movie online may give you the story, but it won’t offer the same experience.

Which characters from prior Marvel TV shows and movies would you like to see make an appearance in the MCU?