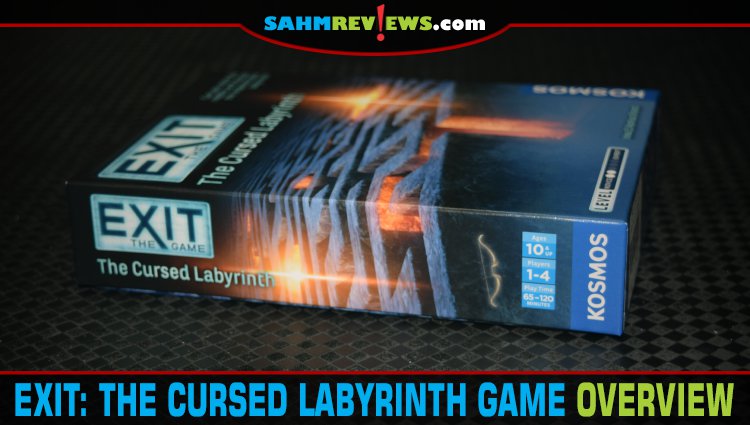 My original plan for writing this article was going to be a comparison of the Exit series by Kosmos with their new line of Exit that includes jigsaw puzzles. But Kennedy had a friend over for a couple of nights and we decided to introduce her to a couple of puzzle and escape room games. We played MicroMacro Crime City on one night (Scott shared about that one yesterday) and Exit: The Cursed Labyrinth on the other. While it isn’t included in this article, I plan to share about the Exit game with jigsaw puzzle at a later time! 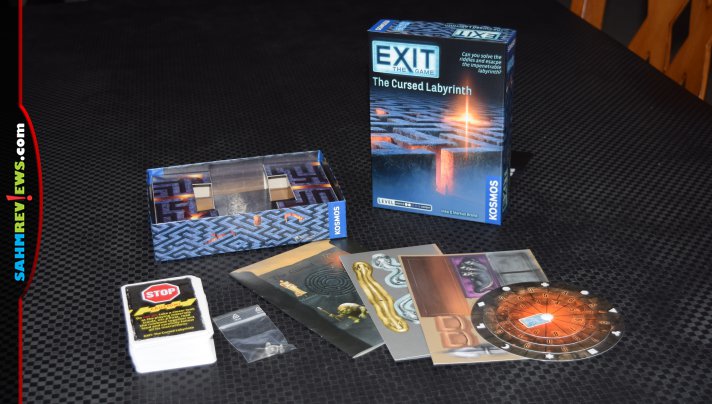 We’ve played several of the Exit escape room games with a variety of player counts and age ranges. We’ve learned a lot along the way, not just about the Exit series itself, but about the makeup of the group if we want to enjoy ourselves. These are cooperative games so it’s not about excelling, it’s about enjoying the experience. In Exit: The Cursed Labyrinth, you’re on a tour of the Dark Castle when your tour guide sets you loose to explore on your own. Knowing the owner had a passion for mythology, you decide to check out the labyrinth in the garden. Before you head off, the guide provides you with a disk and some advice. Then things go sideways and you find yourself attempting to exit the maze… 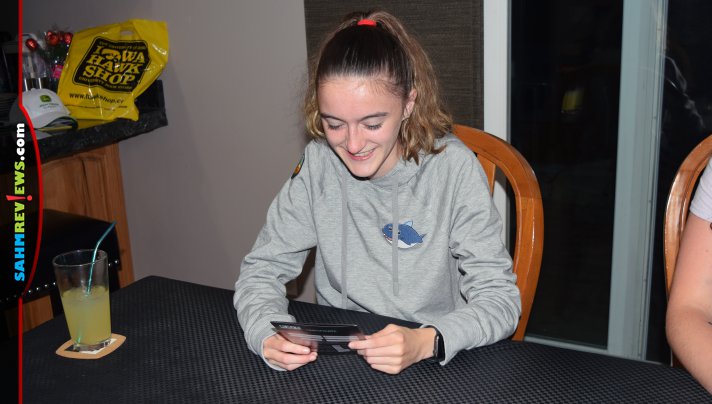 Each of the games in the Exit series has been generally the same in terms of packaging and instructions, but the theme is always different. The rule of thumb is to read the rulebook cover to cover first. Not only does it set up the story, but it explains the general rules. In addition, don’t look at the inserts or additional cards until instructed to do so. 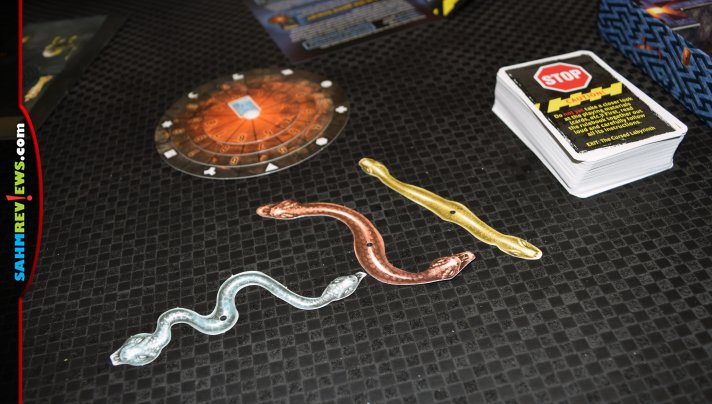 When you play with someone new, they don’t necessarily understand this so it’s important to point it out. Each individual riddle only has so many pieces so Exit games are best (in my opinion) with three people. Be sure to let everyone have a chance at looking at the different components. 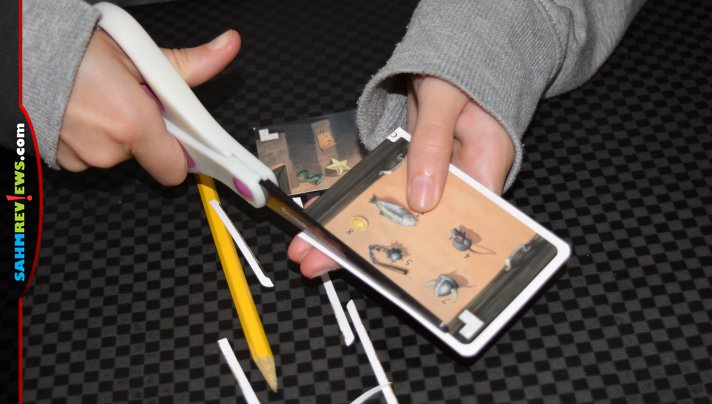 With some escape games, you can play them before passing along for another group or family to enjoy. That isn’t the case with the Exit series since many of the riddles are one-time use. Sometimes you’ll cut things up, other times they need to be folded and often you have to write or draw in the story book to discover the answer. 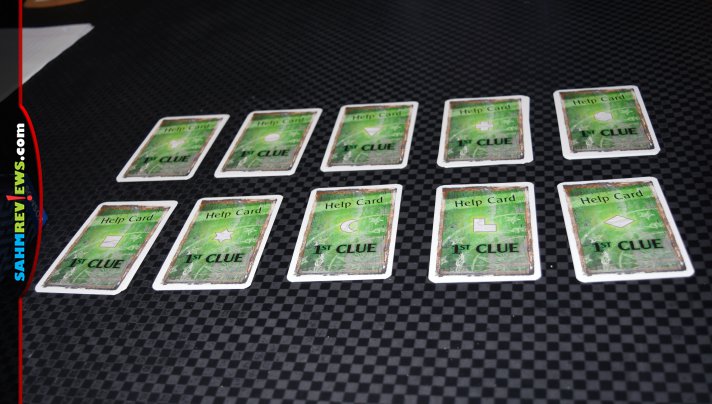 When I said that getting the right group makeup for this is important, it’s not just about finding people who are good at puzzles. What is key is finding people that are willing to try before grabbing clues. We always end up utilizing clues, but we treat them as a tool and not a crutch.

The price point for each Exit game is cheaper than a date at most movie theaters (or local escape rooms) so look at it as an experience. They are often out of stock due to their popularity so drop a few of them into your Amazon cart or grab some at your local game store. Gather intel about upcoming releases by visiting Kosmos on Facebook and Twitter or visit their website to see the variety of Exit games already available! Ready to try this latest Exit adventure? It’s not a trap – One of our readers will win a copy, but you have to enter using the form below!