Our weekly trip to Goodwill didn’t cost us very much this time. We only found two games we “needed”, and it turns out one of them we already had. And here’s where I admit that not every board game we find at thrift makes its way to SahmReviews. We’ve inadvertently become collectors as well as players. What are we going to do with two copies of Munchkin Quest? I’m not quite sure yet. 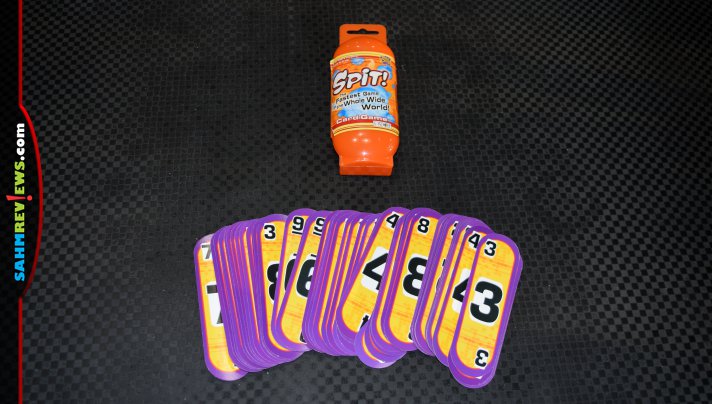 What we also brought home was a uniquely-shaped card game, Spit! by Patch Products. This one was sitting in the 88cent bin and although open, was complete. After a little research, it seems Spit! was also offered in standard card size. Maybe this was meant to be a travel version with its capsule-shaped cards, but there was no mention anywhere on the packaging. 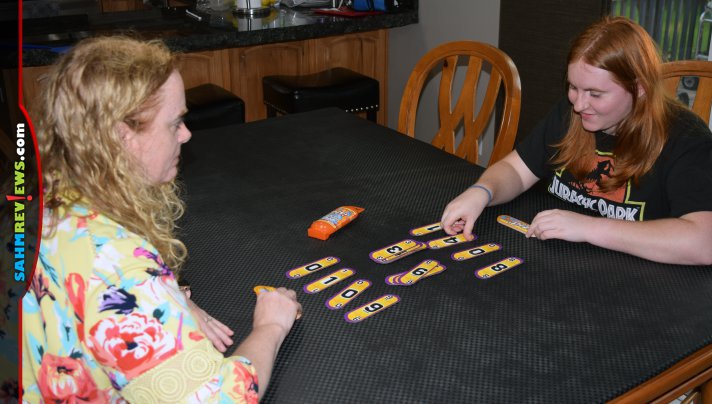 Spit! is a quick card game for two players using a custom deck of cards numbered zero through nine. Set up for a game by shuffling the cards and dealing out the entire deck to both players. Both participants will draw four cards and place them face up in front of them towards the center of the table, leaving 10-12 inches between the opponents’ rows. 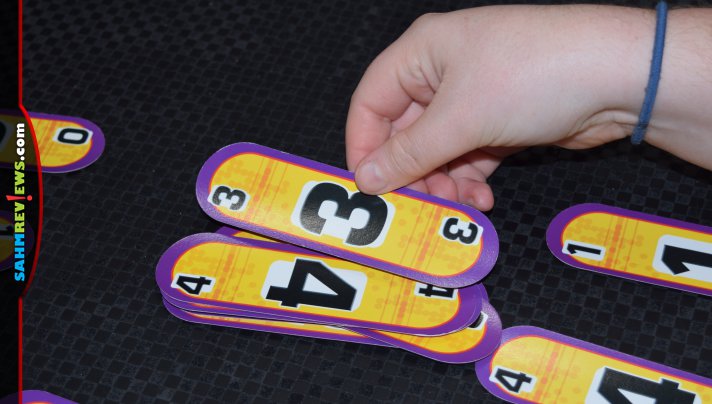 When both players are ready to begin, they both yell “Spit!” and place one card from their deck to a new discard pile between both rows. You may now play any card in your four-card row to either discard pile as long as the value of the card you play is one higher or one lower than the card you’re covering. Zeroes may be played either high (on top of nines) or low (on ones). You may play a nine or a one on top of a zero. Any time you play a card from your row you will replace it with a new one from your deck. 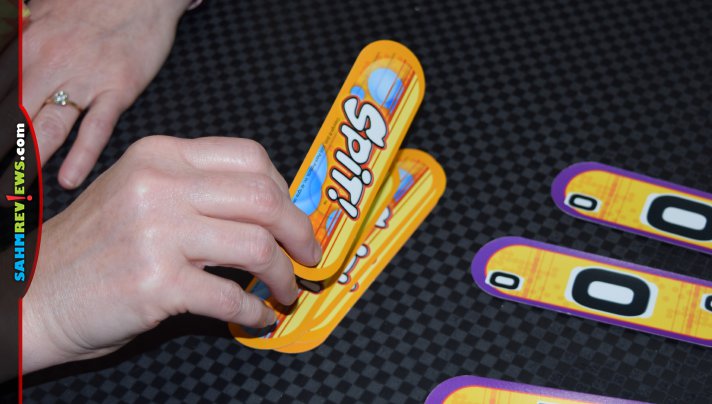 There may come a point when neither player can play any cards. In this case, both say “Spit!” again and draw another card from their deck and place it on top of the same discard pile you started the game with. If you have no cards in your deck, but still in your row, the other player may discard to both piles to continue the game. The first person to play all their cards, both in their deck and the row of four, is the winner of Spit! 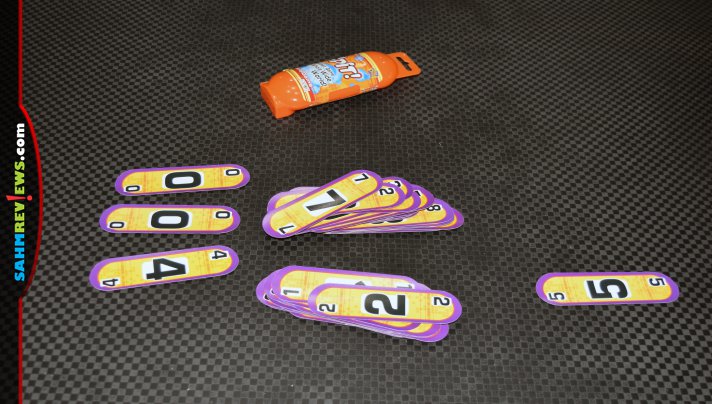 Originally published in the early 2000’s, Spit! is no longer in print. You can still find a few inexpensive copies on eBay, but you’re probably better off looking for this one at thrift or a local yard sale. It’s worth a couple bucks to have a quick game handy that you can carry in a purse or put in your luggage!

What’s a quick-playing card game you would recommend?