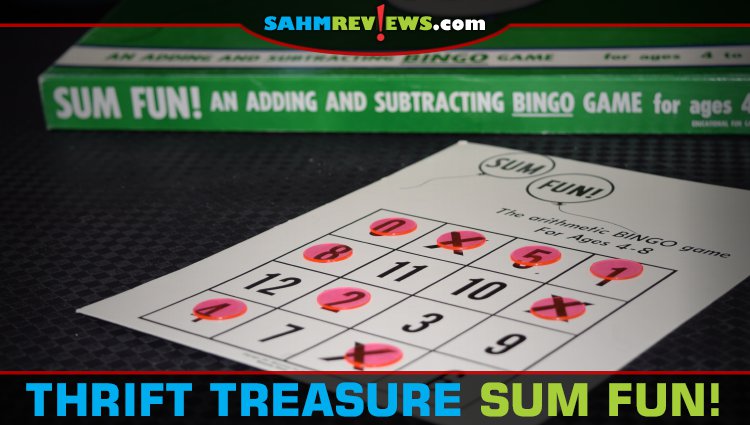 It doesn’t happen often, but when it does it is exciting. This is the third or fourth time we’ve found a vintage game at thrift which wasn’t in the BoardGameGeek database. Often it is a regional release like Py or educational (Attorney Power) or both. 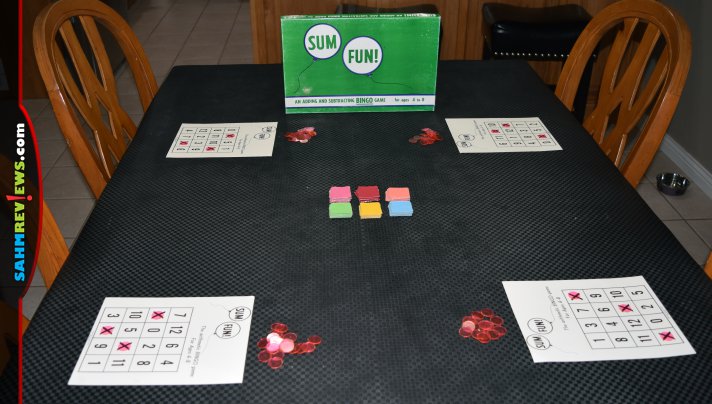 This week’s find is Sum Fun! by a defunct publisher called Educational Fun Games. This particular title was released in 1967 and is a variation of the classic game of Bingo. Probably targeted towards teachers and educational institutions, they marketed the game as a way to trick young learners into practicing their addition and subtraction skills through play. 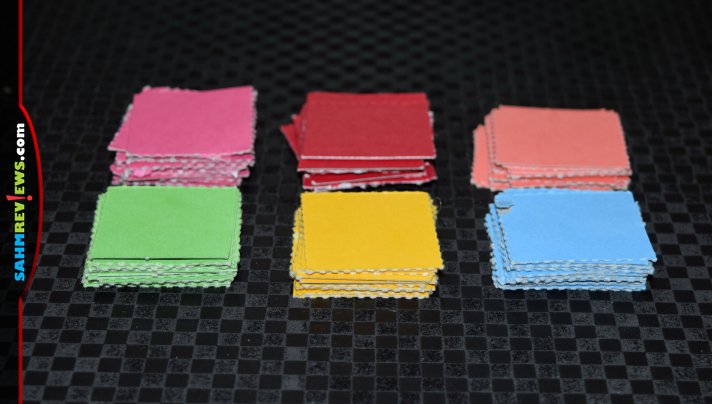 If you know how to play Bingo, then you already know the basics of Sum Fun! Each player has their own card to play and takes a pile of chips to mark with. Because this version is targeted towards players aged 4-8, the bingo card is only a four-by-four grid instead of five-by-five. Various spaces are marked with an “X “, denoting multiple free spaces, which may be marked at the start of the game. 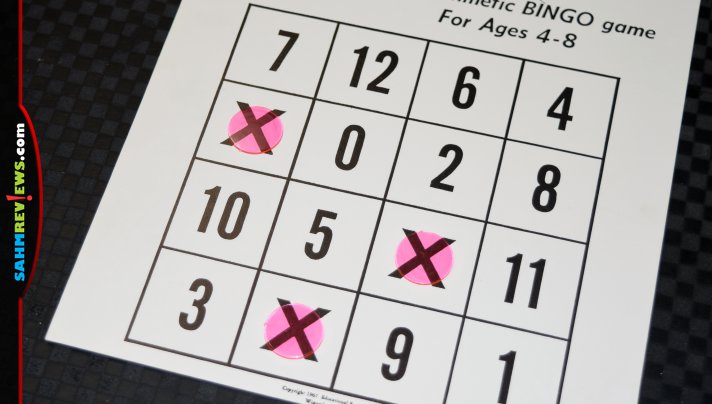 There are six colored “sets” of flash cards and only one will be used in a game. A person is designated as the caller and takes one of the sets. The first card, featuring a math equation, is revealed and read aloud. Players then mark their bingo card with a chip on top of the answer they believe is correct. 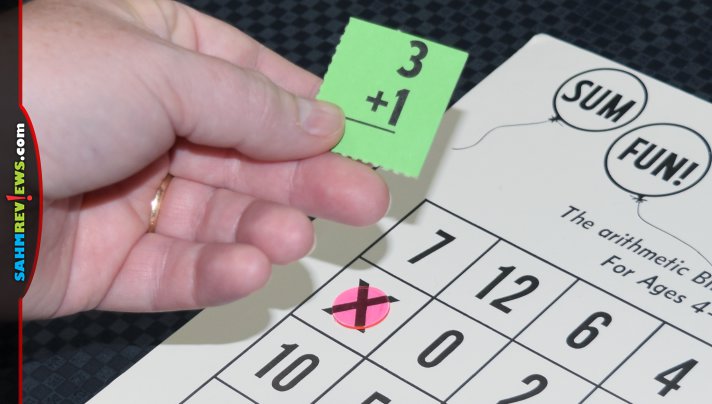 The caller will continue to read new cards once all players are ready and the first person to line up four in a row in any direction is the winner of the round! New rounds are played with a different colored set of cards. Each card’s answer is on every bingo card, just in a different position. There won’t be any cases of a mathematical problem whose result can’t be found by every player. 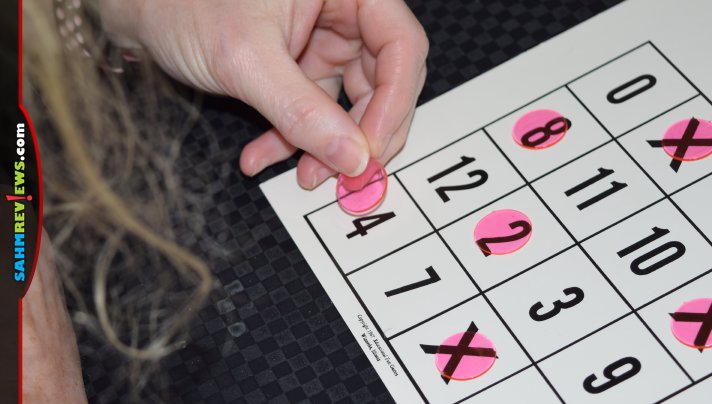 Sum Fun! supports up to eight players and is long out of print. We’ve submitted the details to BoardGameGeek for inclusion in their database and will be listed as the only owners of the game! That is until you or someone else picks up a copy at thrift! It might be your only chance to find a copy since we haven’t seen one for sale on eBay for a long time!

What is the rarest game you own?