Lately it seems like I’ve been purchasing games at thrift just to find out how bad they are. It’s almost a challenge to see what game I can find with the lowest BoardGameGeek rating. Last week we struggled through Hike, a card game that really had nothing to do with Hiking. And there’s no way we’d choose to play The Simpsons – Mystery of Life if it had been themed in anything other than our favorite cartoon. This week we stumbled across what may be the worst one yet – Attorney Power! 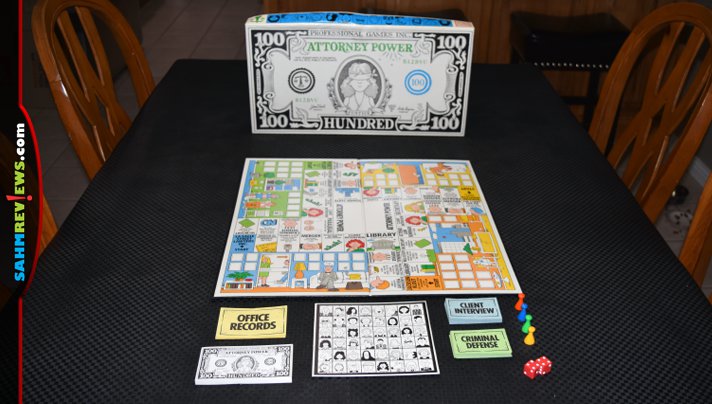 After a little research, we discovered that this game (and two others) were conceptualized and published by a Chicago-based attorney who must have really, REALLY, loved being a lawyer. None of the three games received much exposure or praise. And this one, Attorney Power, has the distinction of being rated the worst of the three! Maybe we should change the name of this series to Thrift Junk? That just doesn’t roll off the tongue as well. 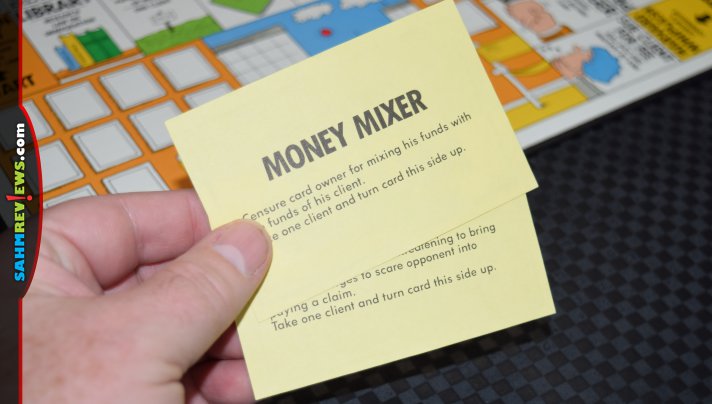 The basis of the game is you and your opponents are lawyers trying to build up your practice. The first person who gains twelve new clients will win. Each player begins the game with $1500 cash and a number of Office Records cards depending upon the number of players. Side bar – the optimum number of players is ZERO. On your turn you roll the dice and move. 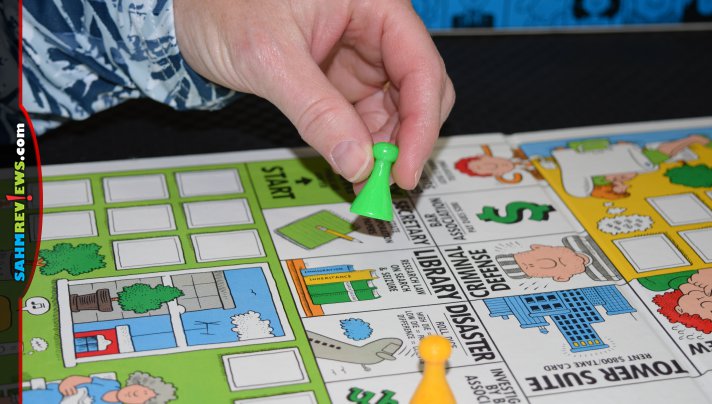 Depending upon the space you land, you will perform various actions. These are all described in the inside of the box lid and vary from “Attend a Law Seminar” (miss two turns), “Bankruptcy” (lose everything you have except $500) or “Defend Parking Ticket” for your brother-in-law, which you do pro-bono. 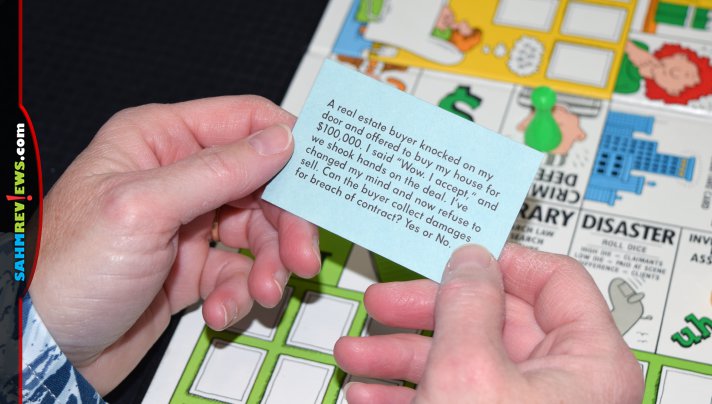 Certain spaces don’t activate unless you’ve already landed on another corresponding space. For instance, in order to perform the “Inheritance” or “Immigration” actions, you must have already landed on the “Secretary” space and hired one. Other spots simply award new clients or win one by correctly answering a legal-themed trivia question. Here’s an example:

“My brother bought a house and put it in joint tenancy with his girlfriend. He just died and I am his only heir. Do I get the house? Yes or No.

No. Upon the death of a join tenant, his interest automatically passes to the surviving joint tenant.

Players move around the board, collecting clients and performing actions until one manages to finally collect their twelfth client. The game ends immediate (thank God) and that person is the winner of Attorney Power. 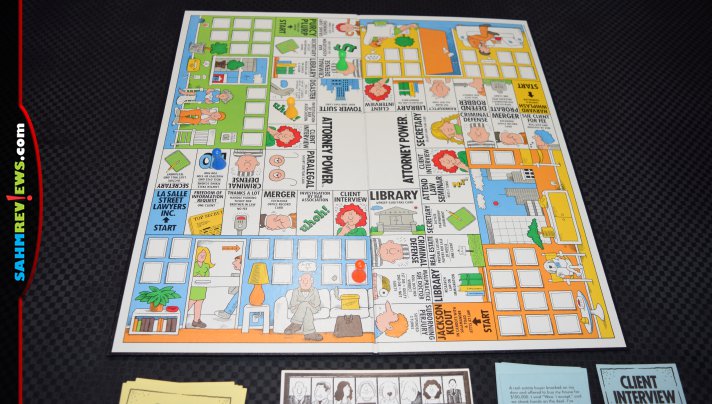 One positive thing to mention. The art in Attorney Power, at least on the board, is rather cute. However, all of the other components are sub-par with little attention to quality. Our copy from thrift may have been a gag gift. Although opened, the client pieces were never punched out and the game never actually played. Good for them. I want to bill the designer for time wasted.

If you must have this God-awful game in your collection, you can have my copy for free (local pickup only). Otherwise, check on eBay where there is an unsurprising number of never opened and unplayed examples for low prices.

What is the absolute worst game you’ve ever played?