When we lived in California, one of the things we like to do on the weekends was head into the foothills and hike a trail. Most of them were well-worn and marked for safety. Our favorite was one that ended at a stunning waterfall and pool. Sturtevant Falls is a favorite spot for many on a hot summer day. Often, there would be scores of people milling around waiting for their turn for a dip in the cool waters or even so many that they would temporarily close the trail!

When we found this Hike card game at thrift, we were excited to play a game that simulated the wonders of nature, discovery of new paths or maybe awarded points for new animals encountered. Alas, this card game by Moustache Games was not any of those. It was simply a suit-based game with a slapped-on theme about the outdoors. 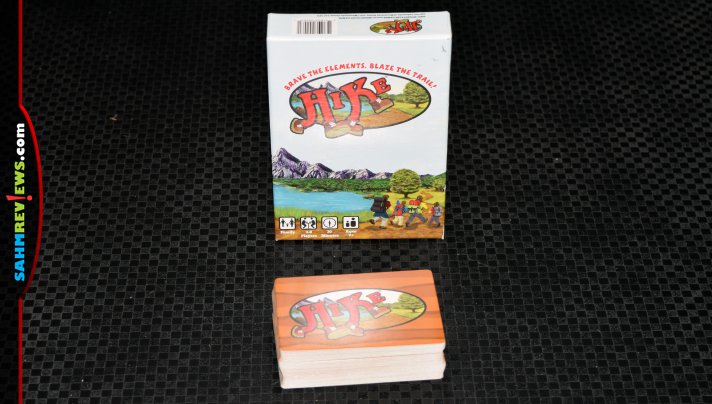 The deck of 80 cards feature seven suits (birds, bugs, lakes, lights, peaks, trails and trees) and an additional ten specialty cards. Hike supports up to eight players who each begin the round with a hand of seven cards. The first player, the one to the left of the dealer, plays any card from their hand to the center of the table. 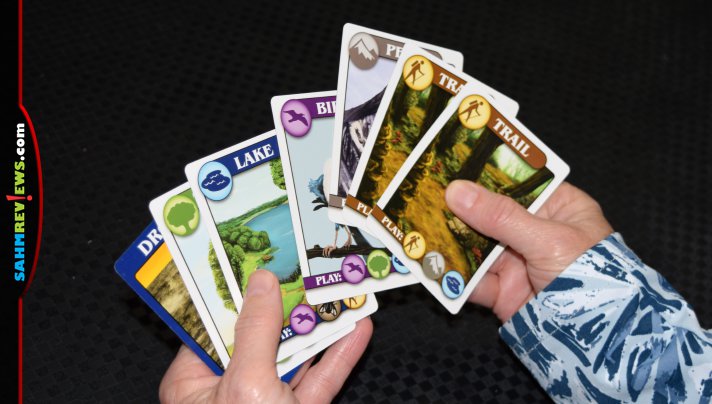 All other players, in clockwise order, must then play a card from their hand to follow suit. You’re not matching the suit of the card just played, but one of the three suits listed at the bottom of each card. If you cannot play a card of the correct suit, you are out of the round and lay the remaining cards in your hand face-up in front of you.

Play then continues until no cards may be played by any player. The person who has the fewest leftover cards wins the hand (and this may be zero cards). They will receive one point for each leftover card and will split it with other players if there is a tie. Additionally, three bonus points are awarded to players who managed to get rid of all of their cards. 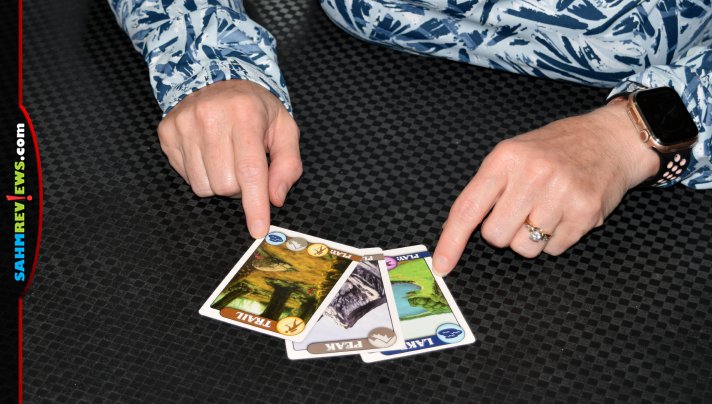 Specialty cards try to mix things up and may be played on any card instead of following suit (with a couple exceptions). These cards will require players to draw additional cards, reshuffle hands and re-deal or capture a Worm card to receive additional points at the end of the round. With ten different specialty cards, you’ll be consulting the rules a LOT for clarification since most effects don’t have anything to do with the subject matter. 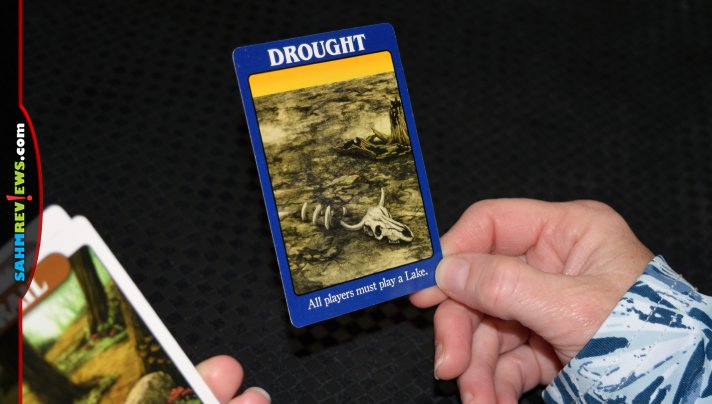 A full game of Hike is played to an agreed-upon number of points, which must be kept track of by pen and paper (not included). We found some interesting concepts in the game of Hike, but not enough to keep us from sending it back to Goodwill on our next trip.

If you think you’d like to try out Hike for yourself, about the only place you can regularly find copies is on eBay. There appears to be a number of sellers with closeout product and used copies for as cheap as we found ours at thrift! Our suggestion, for the price there are lots of other better card games to spend your money on.

Do you have a great local place to hike?