Last week we picked up this copy of Skyjo by Magilano because we had never heard of the game nor the publisher. It also didn’t hurt that while the box had been opened, all of the contents were still in their original wrapping. No inventory count would be needed!

A little research showed that Magilano is a newish publisher based out of Germany with only the Skyjo line to its credits. What we found more interesting is how similar it was to another Thrift Treasure we found and wrote about in 2019, LowDown by Mattel. And for inquiring minds, it seems that Skyjo came out first! 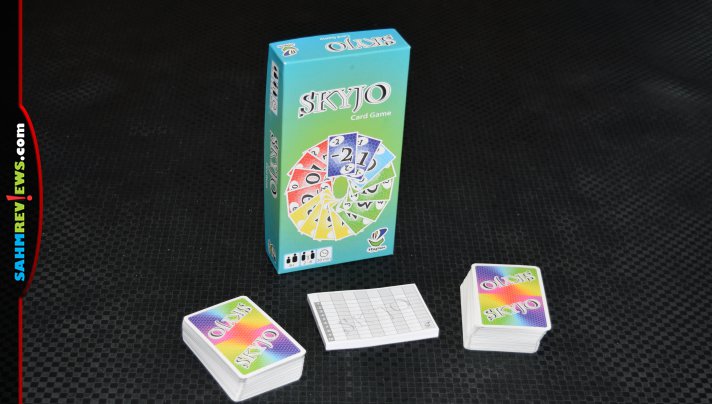 In both games you have the same goal of being the person with the lowest score over multiple rounds. LowDown begins with each player having nine cards in a 3×3 grid, while Skyjo uses twelve in a 4×3 configuration. All cards are face down except for two randomly turned over by each player at the start of the game. 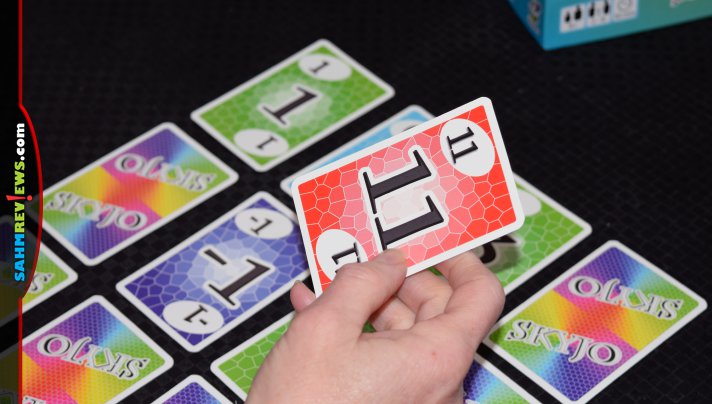 On a turn in either game, a player will choose to draw from a community deck of cards or take the top-most card from the discard pile. If using a discarded card, it will replace any one card in the tableau, face-up, with the replaced card being discarded. If using a drawn card, it can be discarded without using or used to replace any card in the grid and laid either face-up or face-down. 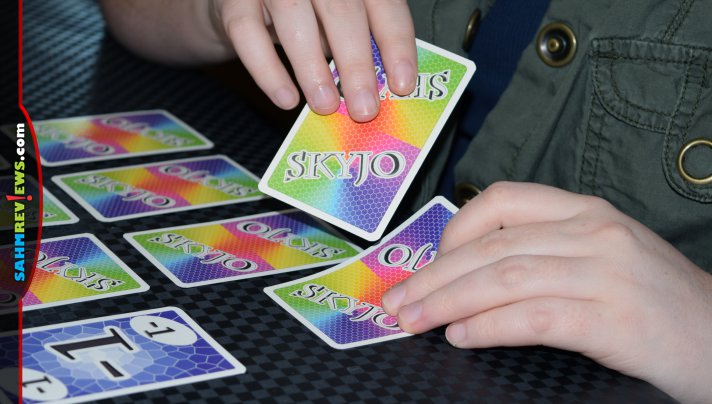 In Skyjo, if you are able to line up three of the same numbered card face-up in the same column, all three are discarded, leaving you with fewer cards in your grid. The same goes for LowDown, except you are matching colors instead of numbers and may group them vertically, horizontally or diagonally. LowDown also has action cards that allow you to manipulate cards in your grid while SkyJo only uses numbered cards. 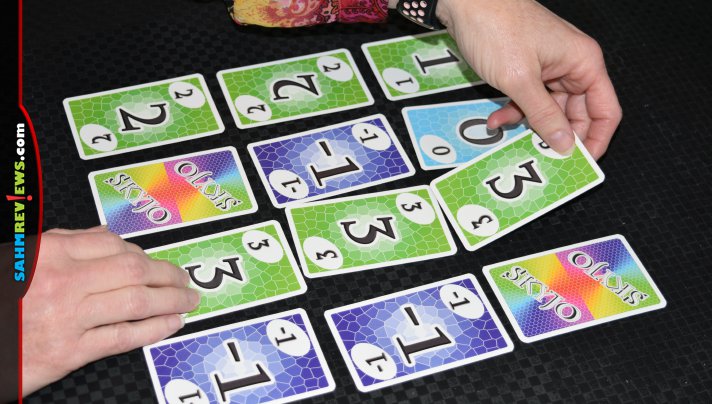 A round ends when one player has all cards in their grid face-up. Additionally, in LowDown, the depletion of the draw pile can also trigger the end of a round. Immediately (LowDown), or after other players take one more turn (Skyjo), everyone sums up the values on the cards they possess and writes the total on the score sheet. When a player exceeds a certain overall total (50 in LowDown, 100 in Skyjo), the game ends immediately with the player having the fewest points being awarded the win. 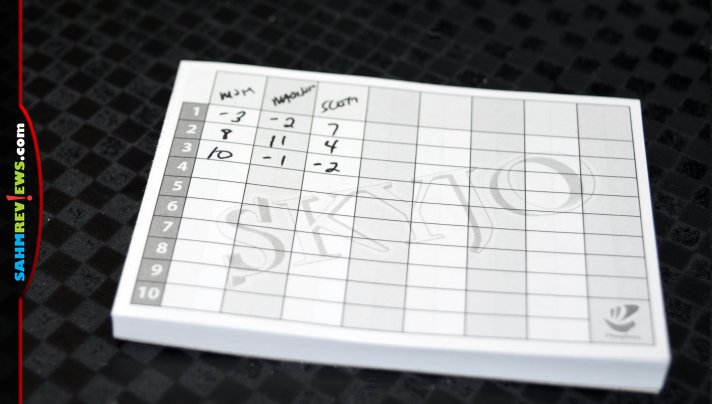 An additional requirement in Skyjo is that the player who ends the round must have the lowest number of points for that round. If they don’t, or if tied for lowest, that person receives points equal to double their total! Other than those few minor differences, this is the exact same game! Since the Mattel version is uncredited and the designer of Skyjo is known, one has to wonder if the later-issued version was “inspired” by the original. 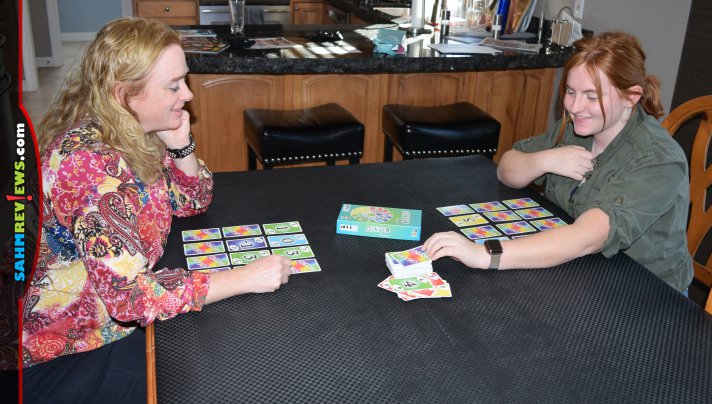 Although you can find LowDown very inexpensively at mass-market retailers, I believe we prefer Skyjo as it is a bit more strategic. In LowDown it is just too easy to randomly get three lined up in a row since you can do so in any direction and are using a handful of colors instead of the wider array of numbers. Skyjo can still be found new on Amazon if you’re so inclined!

What game in your collection do you feel borrowed too many things from another game?