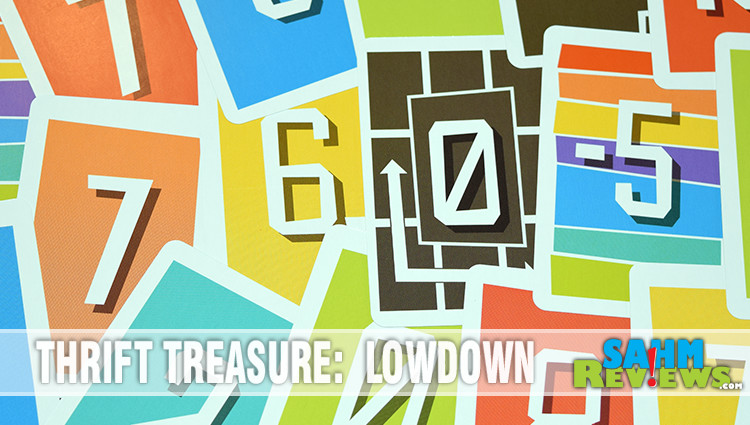 Every week we talk about a game that we have found at thrift. Usually this means making a trip to our local Goodwill or Salvation Army to check out the week’s donations. We’ve even been known to make stops while on vacation at a Goodwill Outlet or Savers to get some variety we can’t find in Iowa. What you may not realize is that thrift shopping isn’t limited to resale stores, it can be at your local big-box department store!

On a recent trip to Walmart we discovered that a number of seasonal products had been discounted. That’s normal, but this time it was the clearance of the clearance. Christmas decorations were 90% off, as were the holiday chocolates (yes, we bought a a lot). Mass-market game publishers also create special versions only sold during the holiday season and these too were on sale! Many we already had in our collection, but one stood out as a must-buy. A special two-pack of card games – UNO and LowDown for only $1! 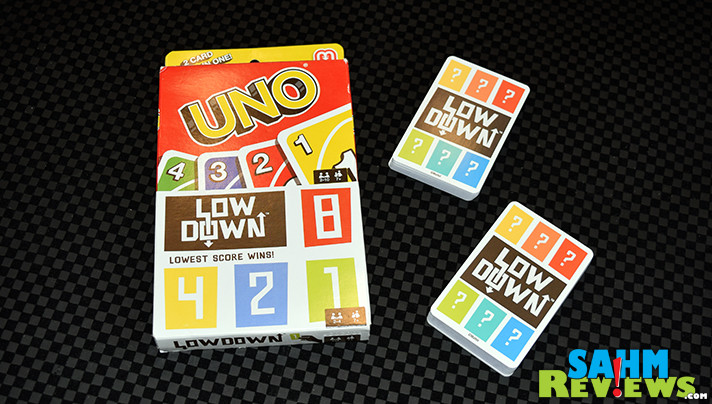 Every family already owns a copy of UNO, but for only a dollar it was worth having another plus a copy of LowDown for free! (Disclaimer – we would have probably paid the dollar even if it had been only LowDown in the package!) LowDown is another card game from Mattel which supports up to six players. The object is to have the lowest number of combined points when one player reaches a total of 50 points.

The deck of 84 cards are shuffled and nine are dealt to each player in a 3×3 grid, face-down. Everyone chooses two random cards from their grid and turns them face-up. The rest of the cards are put in the center of the play area to serve as a draw pile, with the top card being turned over and starting the discard pile. 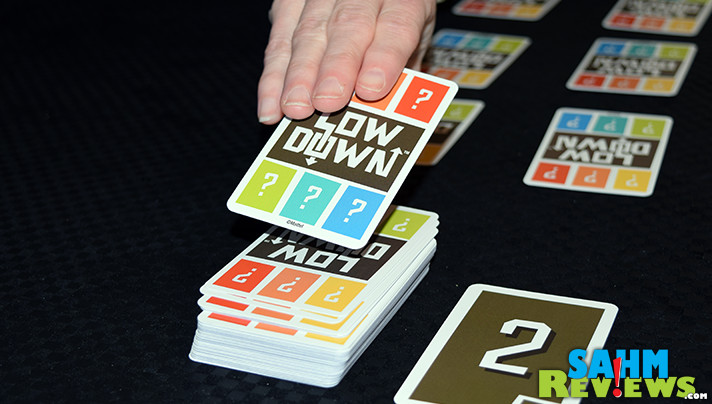 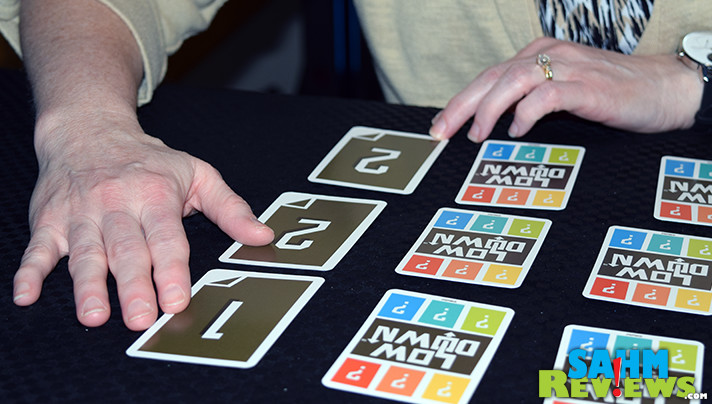 Remember, you are trying to have the lowest score in your grid, so you want to replace high-numbered cards with lower ones. In addition, you are trying to create rows, columns or diagonals of matching colors. If you manage to complete three-in-a-row of the same color, you are allowed to remove those cards from your grid. 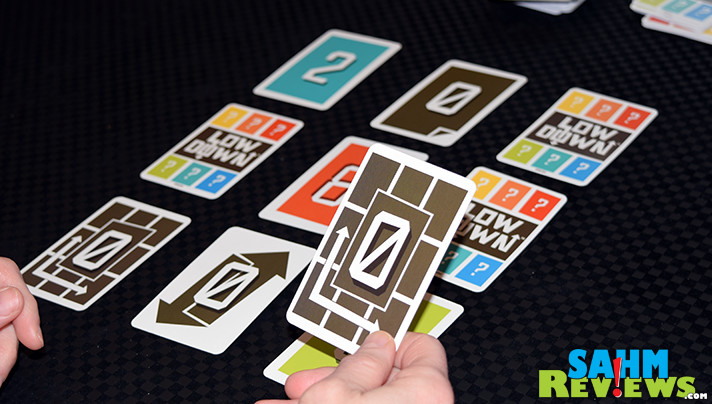 Some of the cards serve a dual purpose. When you draw an Action card, you may either perform the action listed on the card and discard it, or use the printed value and replace a card in your grid. Actions will allow you to peek at any face-down card on the table, swap the locations of two cards in your grid or even steal a card from another player and exchange it with one from your own grid. 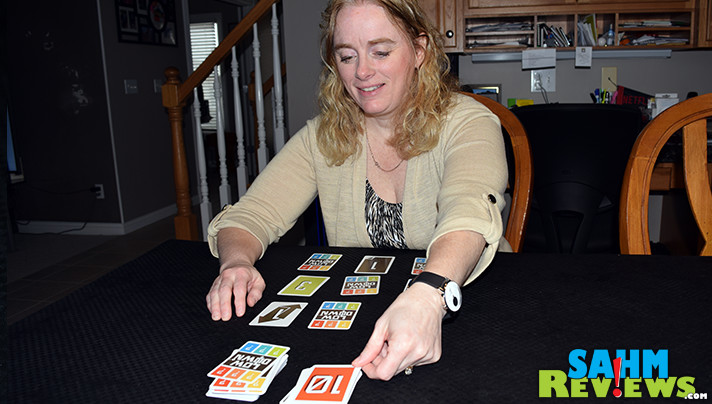 A round continues until either the draw pile is depleted or one player has all cards in their grid face-up. When this happens, all players turn over their remaining face-down cards and removes any 3-in-a-rows they complete. Add up the points still in each player’s grid using the values printed on the cards. The person with the lowest total wins the round and goes first in the next round. Once any player exceeds a total of fifty points the game ends and the participant with the lowest overall total wins LowDown!

We found a discrepancy in the number of players as this box suggests only up to four, while the single LowDown box advertises up to six. Both have the same number of cards (84), so it must be a misprint. And while we only paid $1 for the game, you can find the exact same 2-game bundle on Amazon for only $3 shipped!

Do you shop the clearance aisle for games?