Science is an incredible thing. The science fiction of the past is the technology of the present and future. It wasn’t that long ago that we first stepped foot on the moon. In fact, it was around the time that I was conceived so I can honestly say that we’ve come a long way just in my lifetime. I was in awe as I toured Marshall Space Flight Center, visited the Space and Rocket Center and stood atop the S-1C Static Test Stand used to test the Saturn V in the mid 1960s. Space exploration has grown by leaps and bounds and now includes private, reusable rockets delivering payloads and crew to the ISS. Earlier this week, NASA announced the discovery of water on the sunlit side of the moon. It’s hard to imagine what will transpire in the remainder of my lifetime. What will space exploration look like in my daughters’ lifetimes and beyond? Time will only tell. What we do know is that right now we can bring the excitement of space travel into our home by watching science fiction shows like Star Trek Discovery and playing games such as Space Park from Keymaster Games. 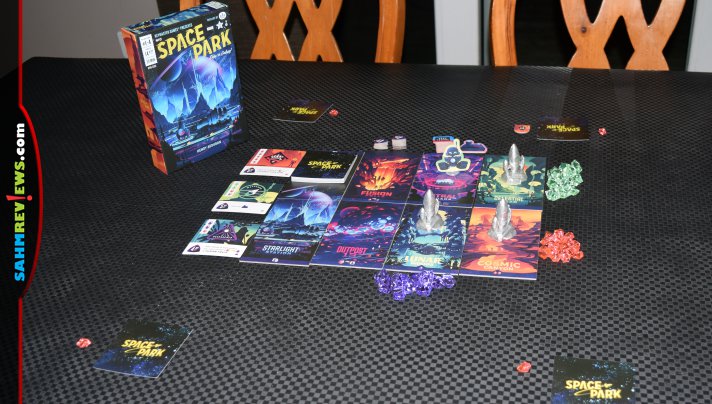 Star Trek needs no explanation so let’s talk about Space Park. You can play it solo, but who wants to travel into space alone? Not me. Other adventures joined me! The setup is quite simple. Put the large Starlight Station tile on the table then randomly place the other six in two rows right next to it. Shuffle the deck of Badge cards, give one to each player then place the draw deck above the Starlight Station tile and the three top cards on the left side. Place one rocket on each of the Cosmic Canyon, Celestial Seas and Lunar Woods tiles. Create general supplies of each of the crystals, tokens and passes next to their designated tiles. Give each player a Sun Crystal then select a first player and they’ll take the First Player Marker. Set the Stand Scout on top of the Astral Arcade.

The goal of Space Park is to be the person with the most explore point tokens at the end of the game. You’ll get those by visiting destinations, collecting crystals and cashing them in. But this has an interesting twist in that you only have three choices of where to go each turn and those spaces will consistently change. Players don’t have pawns of any type. Instead, you’ll select from one of the three locations that contain a rocket. Each tile is a destination and the rockets signify where you’re able to visit. Each space has a different action option and you can only go there if you’re able to complete the destination’s action. That will make more sense as I provide more details. 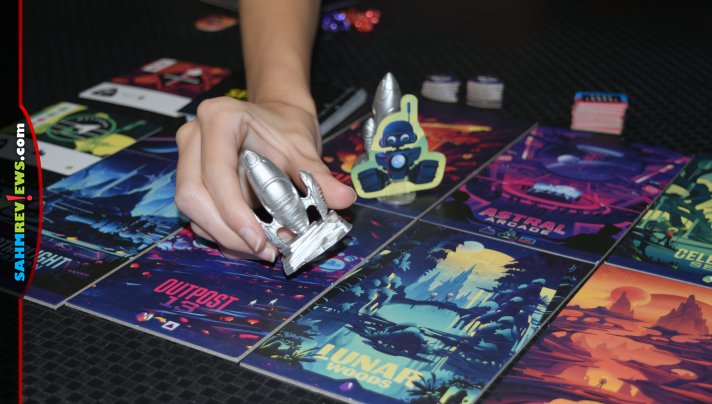 You can gain two sun crystals by visiting Cosmic Canyon, one sea crystal from Celestial Seas or one moon crystal from Lunar Woods. If you visit Fusion Falls, you can exchange one sun crystal for one XP token. Of course, you can only reach those destinations if there’s a rocket there so you’re limited in that way. After you’ve taken your action, the rocket on that space will blast off to the next clockwise location without a rocket. 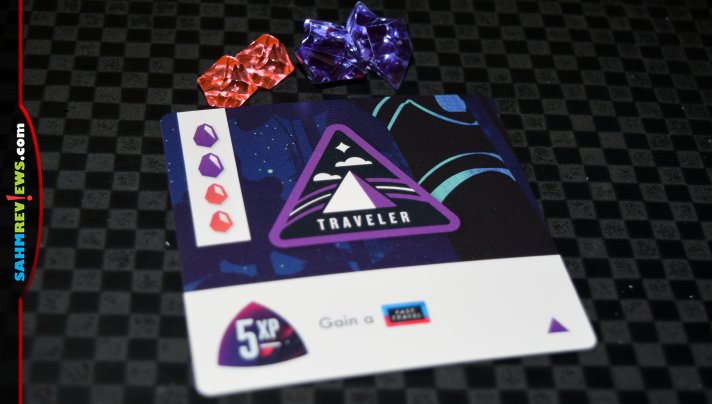 In addition to collecting crystals, there are Badge cards that can be cashed in during a visit to Outpost 13. Stop by Starlight Station to draw new Badge cards into your hand! The Controller is an additional bonus that works in conjunction with Scout. 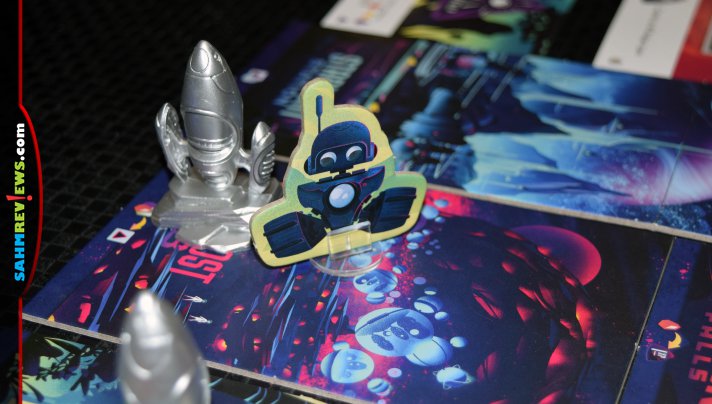 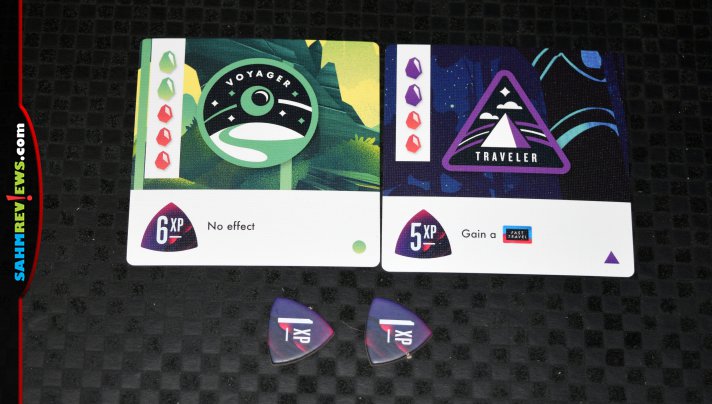 When a player earns 20XP through a combination of cards and tokens, the round finishes so all players have equal turns then the game ends. The explorer who has the most points wins. 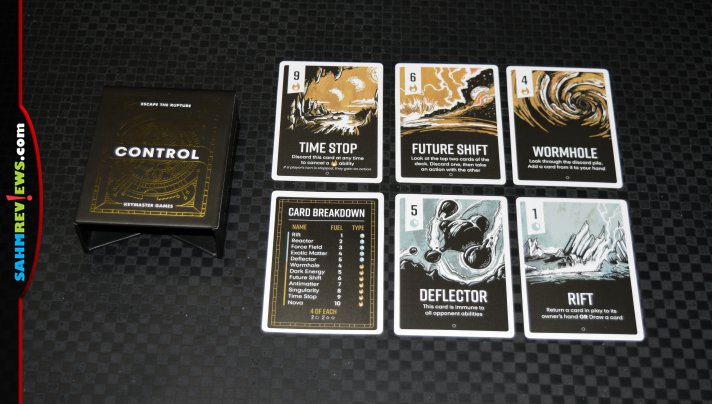 If you’re looking to travel through time instead of space, Escape the Rupture with Control card game! Play cards to build up fuel of 21 XP to make the jump! For 3-4 player games, shuffle all cards and draw four cards per player. On your turn, draw a card then select from one of the following actions: Play a card, activate the card’s abilities, discard an unstable card or knock out an opponent’s card in play using a card from your hand. When one player has 21 XP at the end of their turn, they immediately escape the rupture in time and win!

Keymaster Games has a variety of titles that revolve around space, time, nature and more. Pick up copies of Space Park and Control from their Amazon store or direct from their website. Visit them on social media (Facebook, Twitter) to learn about their other titles including the highly acclaimed game, Parks.

If you traveled into space, who would you want traveling with you?