I’ve made quite an effort to keep from being political on this site. Instead, I’ve maintained that people should set aside any differences and simply sit down and play board games. But tomorrow is a monumental election day that will hopefully see the end to the relentless attacks from both sides of the political aisle. With that said, it seemed only fitting to play Renegade Game Studio‘s Revolution of 1828, a game that tells the story of the first smear campaign the race for the highest office of this land ever saw. 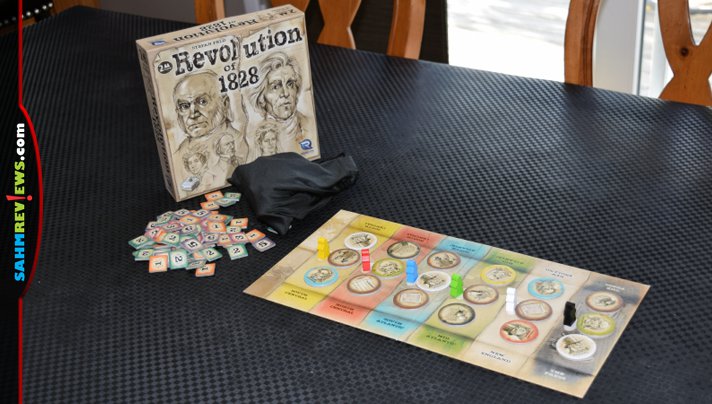 Politics aside, Revolution of 1828 has a few of things going for it. First, it’s from Stefan Feld, one of Scott’s favorite board game designers. Second, it’s historically based which means it can be utilized in homeschool environments. In this time where more families than ever have become part of their children’s educational process, having games that help convey messages is useful. Third, it’s a 2-person game and those aren’t as easy to come by as you might expect. Over the course of four rounds, you’ll battle your opponent on the campaign trail. Start by placing the board on the table and the five elector and editor figures on their respective spaces. Create a general pool of the vote tokens and put the election tiles in the bag. Give the bag to the staring player and you’re ready. 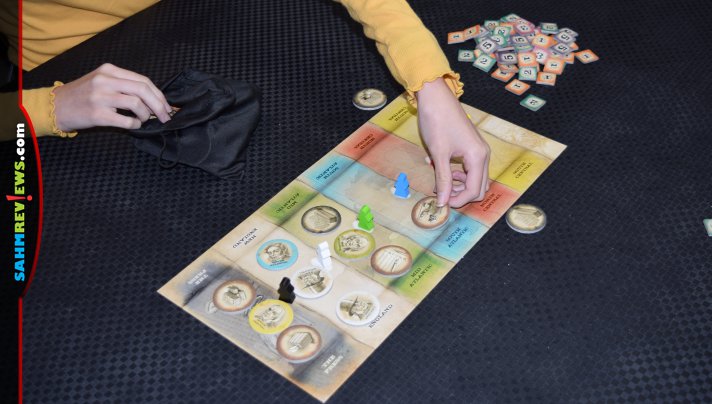 Your goal is to collect more votes than your opponent and you’ll do this by campaigning in multiple regions to woo delegates, launching smear campaigns and taking various campaign actions. At the beginning of each round, the starting player draws 3 election tiles from the bag for each of the six section of the board. These tiles are added (face-up) to those areas.

Next, it’s time to campaign! As in real life, this is the meat of the game so you’ll want to be strategic about how you proceed. You’ll alternate taking turns claiming one of the election tiles. If it happens to be the last tile in the section, you’ll immediately claim its elector (or editor) by sliding the figure to your side of the board then taking an extra turn. As soon as no unclaimed election tiles remain, the phase ends.

There are three types of election tiles. Delegate tiles are placed on your side of the board in the area matching the color. When you select a smear campaign tile, you put it on your side like it’s a delegate of a wild color. 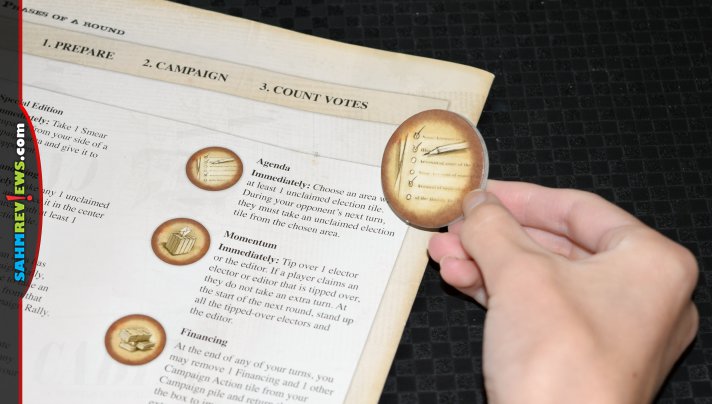 There are seven different campaign actions that make up the third type of election tile. These include some that have immediate effects and others which do not. As an example, the Polling action allows you to immediately take one delegate from your opponent’s side of the campaign area. However, a Financing action tile can be discarded at the end of any turn along with another tile to take an additional turn. 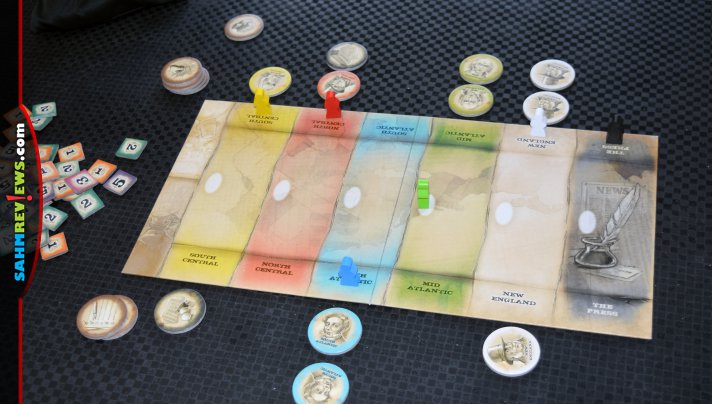 After all the tiles have been removed from the board, the phase ends and you move to the Count Votes phase. The first part of this phase involves comparing the number of election tiles in both players’ campaign piles. The one with the most earns three votes. Next, score the various campaign areas. Compare the delegate tiles in a section. If you have more delegates, you gain a vote. If you have more and your opponent has none then you gain two votes (an additional one). When delegate totals are tied, neither player earns votes. If you’ve claimed the area’s elector, you can an additional vote for EACH delegate you have in that area, even if you don’t have the most. Finally, deal with the press – because that’s what smear campaigns really revolve around. Take all smear campaign tiles from your campaign area and place them in your press area. If you’ve claimed the editor in that section, you must give one vote to your opponent for each Smear Campaign tile you acquired. 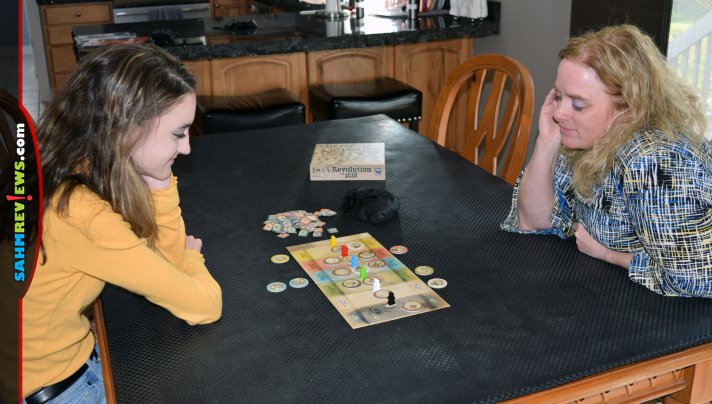 Finish the round by returning all the non-smear campaign tiles to the bag and start a new round. The player with the most votes after the fourth round becomes President of the United States! If you’re interested in history – or need to teach it to your kids – Revolution of 1828 is one that you’ll want to check out. The rulebook contains many details surrounding the real campaign process between John Quincy Adams and Andrew Jackson and resulting election. Renegade Game Studios has copies available on their website or you can throw a copy into your Amazon cart while you’re doing other shopping. Games (not politics) are the focus of Renegade Game Studios’ Facebook and Twitter channels. Swing by for ideas you can add to your holiday shopping list!

If you ran for political office, would you utilize smear tactics?