Way, way back in the Spring of 1993, Nicole and I decided to save a little money on wedding programs and print them ourselves. Both of us had less than three years out of college and money was very tight. Fancy printed wedding programs was an expense we just couldn’t afford unless we gave up something else for the wedding. We already had family members doing the catering, her brothers decorating and the ceremony was in the local church, which wasn’t costing us a thing. There really was no place to find the extra money.

The internet was hardly a thing other than a few online games like Doom and we spent more time on CompuServe than we’d like to admit. There weren’t places like VistaPrint or Amazon to help us out. And while we were both well-versed in word processors (WordPerfect) and spreadsheets (do you remember Lotus 1-2-3?), full-blown graphic programs were very new. For the most part there were only two players – Adobe and Corel. I needed to purchase one or the other and begin the learning process so we could have “fancy” programs to hand out that July. After much research, and being greatly swayed by the freebies included by Corel, I went with the CorelDRAW package – version 3.0.

I spent the better part of the next two months learning the ins and outs of the software, what it could do and all of its shortcuts. I learned about layers, vector art, shading, kerning and more. Little did I know that not only would this be my tool for making a wedding handout, it would jump-start a career in the printing industry that lead to company ownership, a sellout and a second career as a game designer!

Obviously, the wedding program was done in time using much of the included clipart for borders, fancy fonts for the type and sized perfectly on the WYSIWYG interface. Remember, this was in the days of Windows 3.1, so seeing your project on the screen and having it match the output perfectly was a huge step in home-based designing. I applied the things I learned in CorelDRAW and began learning the ropes on Corel PHOTO-PAINT, which was my first introduction to pixel-based art. I upgraded every year religiously (well, almost – I would skip a year or two here and there) and was with them when they converted to CD from floppy and then watched as they transitioned to downloaded. Although, I did still order the CD’s because I wanted to have them “just in case”.

When I sold out of my printing company in the mid 2000’s, that was the last time I had access to the latest version of CorelDRAW. I was now semi-retired and couldn’t justify the expense of having a professional graphics package when I wasn’t bringing in any income to offset it. I stuck with my copy of CorelDRAW 13 for the longest time until I lost my serial number and couldn’t get it activated after a computer meltdown. By this time Corel had gone to an annual fee, and since I only dabbled with it occasionally, I ended up trying the various freeware versions now out and settled for Inkscape.

Inkscape turned out to be a blessing and a curse. By applying the lessons I had learned in CorelDRAW, I quickly picked up on its interface and used it to design my first nationwide published board game, Hues and Cues. I could best describe the experience as “sufficient”. But there were a LOT of things I knew could be done, and had been done for a long time, in professional graphics applications that I could not easily or at all in Inkscape. Text on paths was a chore. Aligning and sizing items is needlessly tedious since it includes the width of a stroke as the default instead of just the core item. Font selection was not intuitive and kerning was next to impossible, unless you were willing to manually type spacing values.

With the retail success of Hues and Cues, I find myself drawing, conceptualizing and simply doodling a lot more. I really needed a software package that I was familiar with, could do everything I wanted quickly and wouldn’t set me back. I’m still old-school, wanting to “own” the software, not lease it year-to-year (do you hear me Microsoft?!). I was so happy to learn that Corel now offers their entire CorelDRAW Graphics Suite for a one-time price! Just like the nostalgic feeling you get from an episode of Cobra Kai, having this old friend back in 2020 brought back a flood of memories. 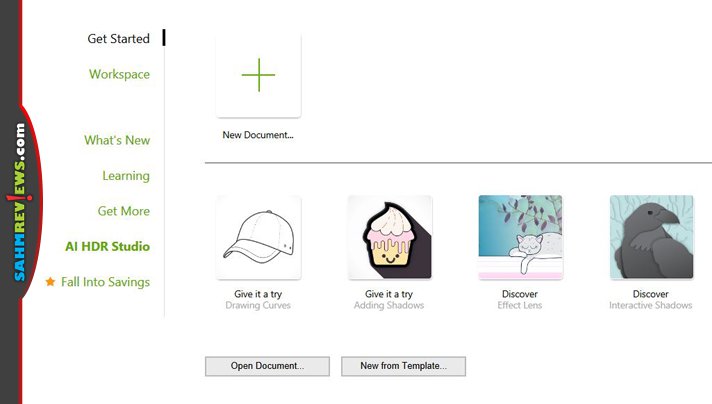 Until I fired up the newest version, I hadn’t realized how much I had missed the familiarity of CorelDRAW. It didn’t take long to remember the shortcuts, hotkeys and menus I had used for a decade and a half. Sure, many of these things could be accomplished in other software, but not near as smoothly or efficiently. And to help me get up to speed on new features and tutorials, the familiar Welcome Screen pointed me in the right direction. 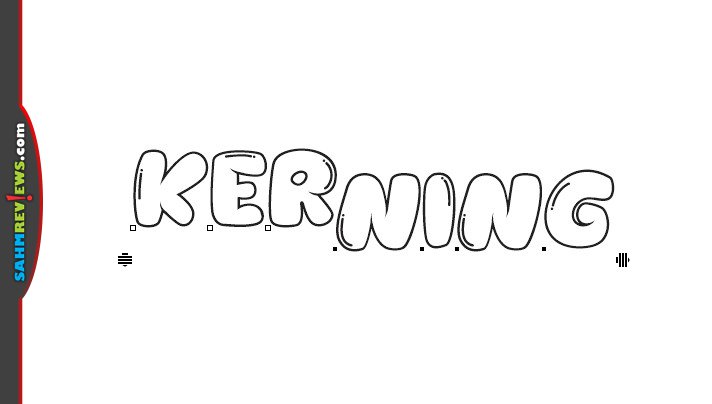 One of the biggest frustrations I had with other software was the handling of text kerning. For the uninformed, this is the ability to individually move letters in a word so they visually align correctly, offset or are otherwise arranged artistically. I’ve always found the way CorelDRAW handles it (graphics pun there – the dots are called “handles”) to be the best. 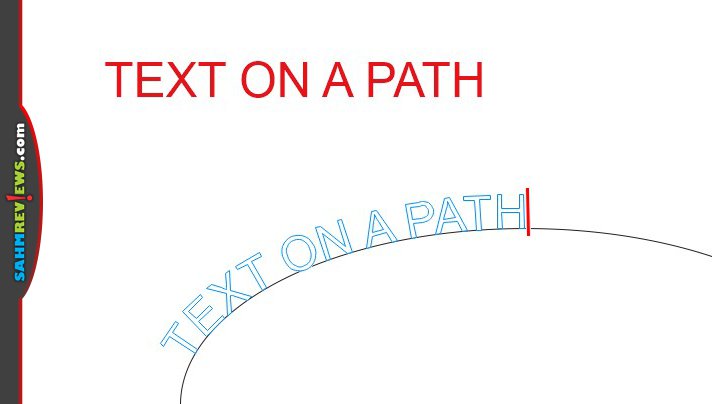 Along those lines, typing text on anything other than a straight line was always a chore. Not only does CorelDRAW make it easy to type and then put text on any path, it is completely editable after you do so! 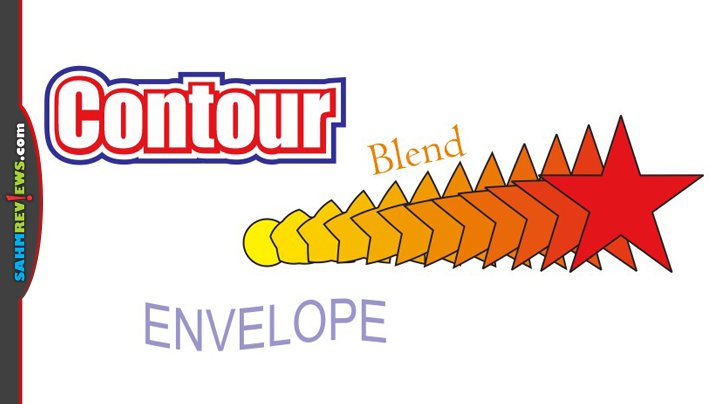 Because the file is vector-based, there is no limit to the number of effects that may be applied to get the look you want. Contour was always my favorite, followed by features such as welding, envelopes and blends. 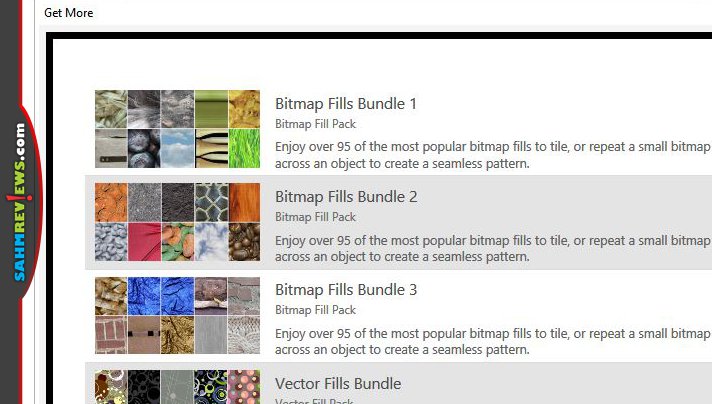 Just like in the original 3.0 version I began on, Corel includes thousands of royalty-free images, fonts, art pieces and more for use in your own creations. Instead of being packed on multiple CD’s, these are now available online from a menu system inside the software. Free of charge. 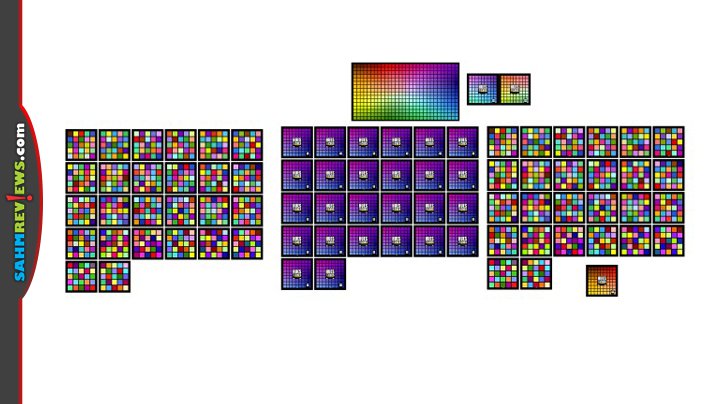 Compatibility has always been an issue in the graphics industry and I remember the difficulties I had importing and exporting Adobe’s .eps files as well as open-source .svg images. It is to be expected there will be things to clean up when moving from one format to another. Above you’ll see a direct import of a Hues and Cues variation I’ve worked on in Inkscape for the past two years. Below is a logo I designed for another game of mine. Both imported without error or any touchups necessary. 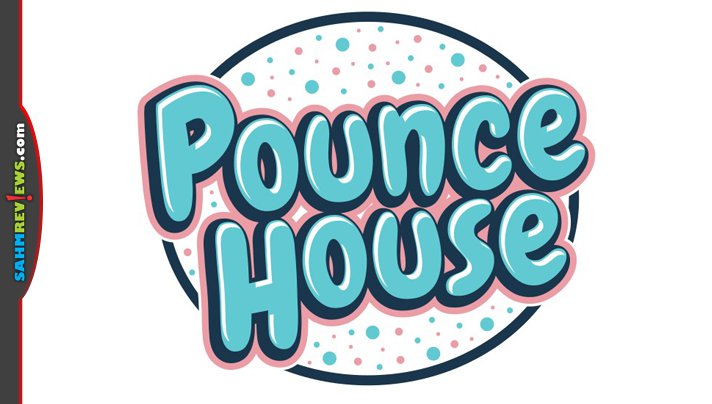 It would be easy to fill a book with all the features you’ll find in CorelDRAW – pretty much anything any illustrator would need to quickly do their job. The Graphics Suite doesn’t stop with just CorelDRAW. In the bundle you’ll also find CorelPHOTO-PAINT, an extremely worthy competitor to anything made by their competition. CorelCAPTURE is a handy app made to capture screen shots, but admittedly is less useful than before with Windows now including Snip & Sketch in their default installation. 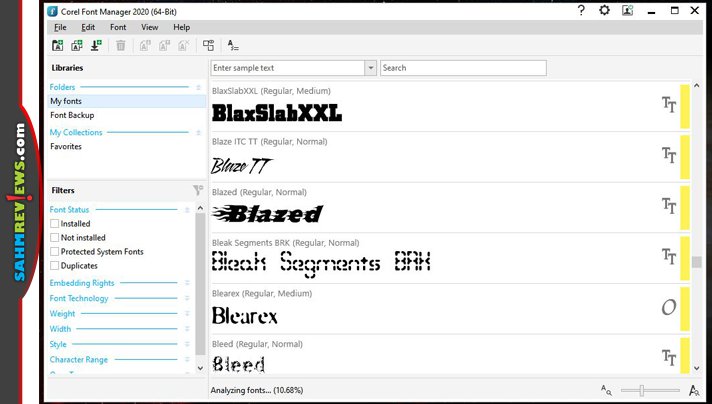 The best bonus is the inclusion of Corel Font Manager. Any designer worth their salt has a collection of tens of thousands of fonts. But the more fonts you install to Windows, the more memory it takes. Font Manager allows you to create a library of fonts from anywhere on your network. With this tool you can preview, sort, search, etc. for any font you own without having it installed to Windows. When you’re happy with your selection, install it directly from Font Manager (or uninstall it)!

If you’re looking for an alternative to those subscription model graphics packages, you should really consider the CorelDRAW Graphics Suite. Unsure on whether you’re ready to change? There’s a free trial available to download so you can try before you buy! I’m very happy to have returned to my roots and believe you will want to plant your own with this comprehensive suite. Buy it direct from Corel on their website or through Amazon where you’ll find a CD version for those of us who still like to have a hard copy as well as an Educational package if you’re still working on your education!

What drawing software are you currently using?

12 thoughts on “My Return to CorelDRAW Graphics Suite”