One of the reasons we search for games at thrift is because you never know when you’ll find that rare one. And by “rare”, I mean one that almost no one has heard of. This is usually because it was issued by a small publisher (or self-published) and marketed regionally. The Py Math Game is one example that was born in our town of Bettendorf and is still distributed out of California. Bin’Fa was created decades ago and has a new version offered by the children of the designer. And Duress was published by a small New-York based company whose games have possibly never made it to the west coast. 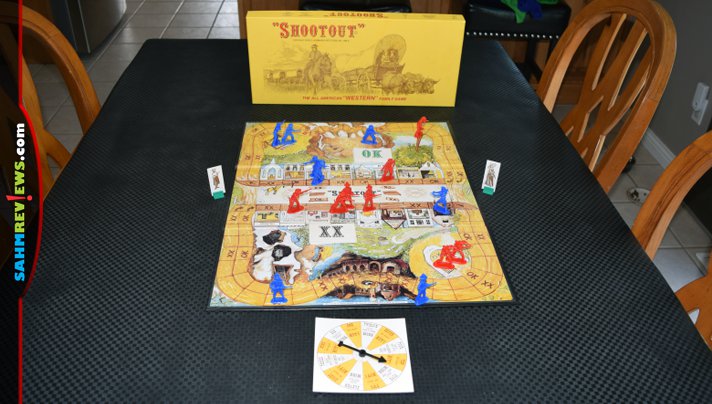 This week we found a copy of Shootout by World Landmarks Art Studio of Grand Ridge, IL. There isn’t a lot of information about the game anywhere online. The listing at BoardGameGeek shows it owned by only four people, one of which is us. There are no copies for sale there, nor on Amazon. We did find one seller on eBay who is asking $100 for their copy! So it would seem that we have stumbled upon a rather scarce game.

“Scarce” is probably the only good thing we have to say about Shootout. This is a western-themed game about two opposing factions, good guys and bad guys, trying to take over a town and sending the other to Boot Hill. Each person begins the game with eight plastic figures in specific places. Each one is supposed to represent a different character type (Marshall, Gambler, Ranch Owner, etc.), but there is nothing on the pieces to signify which is which. We guess you’re supposed to memorize the figure’s positioning?

On your turn you will spin the spinner, resulting in a movement value of one through twelve. This may be split between two different characters and you must move all of the spaces you spun. If you land on the same space as an opponent in town, or parallel to one on the trail, a shootout occurs. Players will take turns spinning the spinner until one either hits or wounds the opponent, who then goes to Boot Hill or the doctor, respectively. 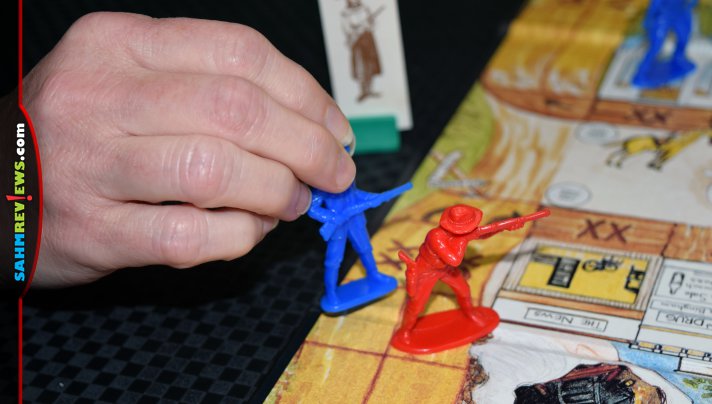 To take control of the town, you want to position four of your pieces in the four takeover positions (church, undertaker, blacksmith, newspaper). When you do, all of your opponent’s pieces still in town are sent to Boot Hill. To win a game of Shootout, you must send six of your opponent’s eight men there. 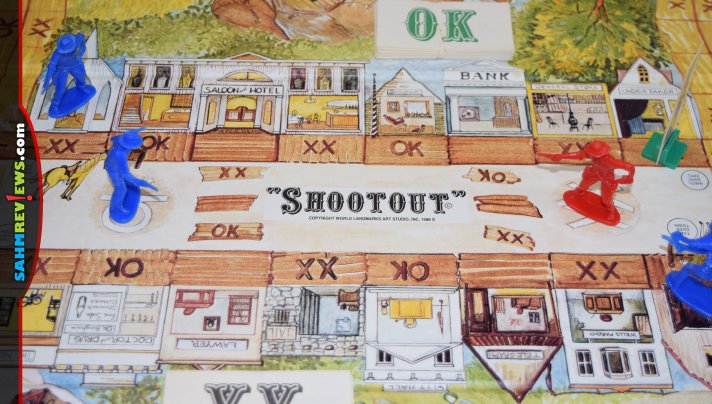 To complicate matters, certain pieces and places have special rules. The Marshall cannot be killed, only wounded. The Marshall also does not fight – instead they arrest the outlaw and send them to jail to await trial. When a judge arrives in town (from drawing cards), the spinner is spun to determine their guilt or innocence. The Ranch is a safe area, as is the Jail, the Doctor’s office and the Church. A Ghost Town is very unsafe and the first player there gets the drop on everyone else. Same for the Dead Man’s Pass. 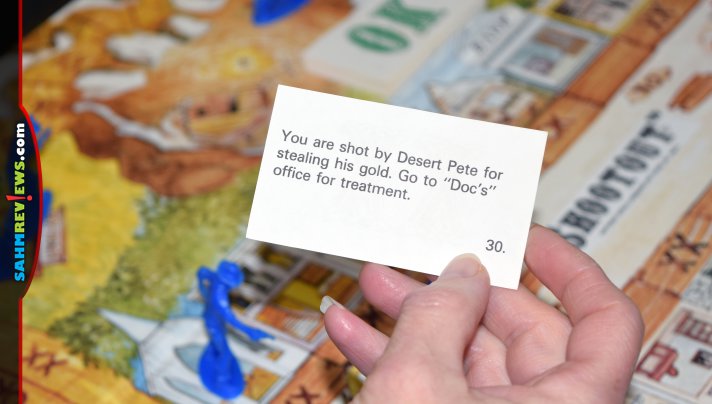 The most cringeworthy part is the inclusion of “Gunfighters Women”. These “ladies” stand on the sidewalk and block the paths of all players. Deploying and removing them costs a full turn. They serve no purpose other than to distract the men. 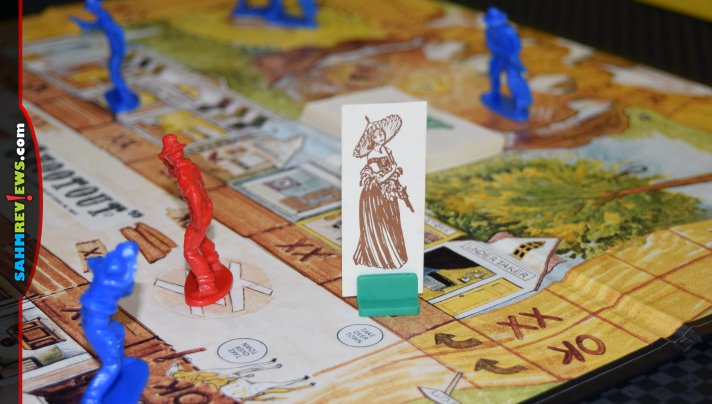 It’s no wonder that Shootout didn’t gain traction in the board game world, and it certainly would not be accepted today if it were newly-published. There’s rumor it was modeled after 60’s-era television westerns, and we can see the similarities – right down to the exploitation of women. If you must have a copy, you’re welcome to pony up the $100 on eBay!

What is your favorite western-themed board game?