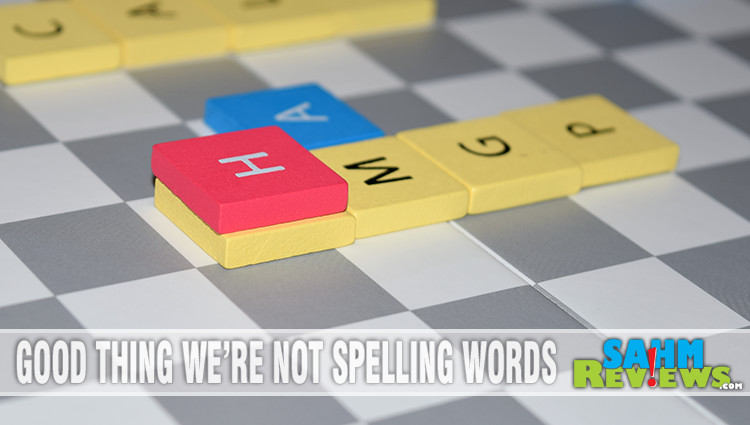 To many of you it seems like we feature a lot of board games here on SahmReviews. And you’re right, we do. That’s because not only do we play them as a family, we gather with friends nearly every week to try out some of the latest offerings as well as play some of the classics. While we’re anxious to try new ones like Flamme Rouge or Manhattan Project: Energy Empire, thanks to our frugal thrift store shopping we don’t lose sight of our gaming roots with titles like Boggle Bowl and Crossfire.

We’re also fortunate to have access to scores of game publishers through our visits to the Origins Game Fair and Gen Con. We regularly receive emails about new games being offered on Kickstarter as well as self-published. Sometimes these emails come from boutique companies that only have one or two games in their catalog. That’s the case with today’s feature, Duress, by a small New York-based publisher by the name of Doctor Rocket. 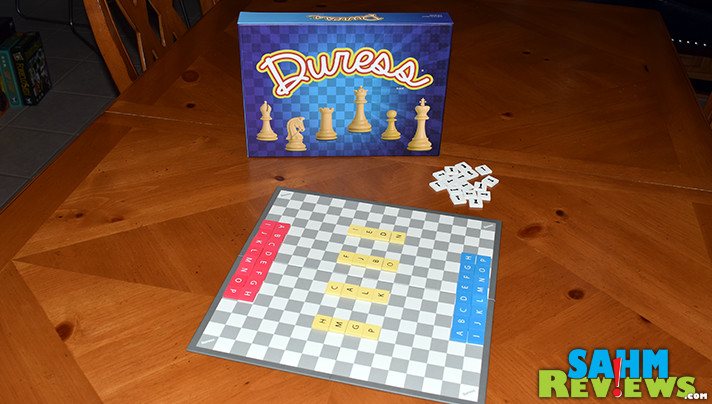 We’ve lost count of how many chess variations we’ve been presented with over the years. It seems like almost every new game designer tries to improve on this all-time classic board game, rarely with any success. There are so many other modern games we’d prefer to play, so until now we have always passed. Something about Duress, however, caused us to take a second look.

By the cover of the box, you would assume it is also another take on Chess, but after digging a little deeper we see that isn’t the case. There are no chess pieces in the box (per se), and there are a handful of letter tiles. Doesn’t look like any game of Chess I’ve ever seen! So what is Duress all about? 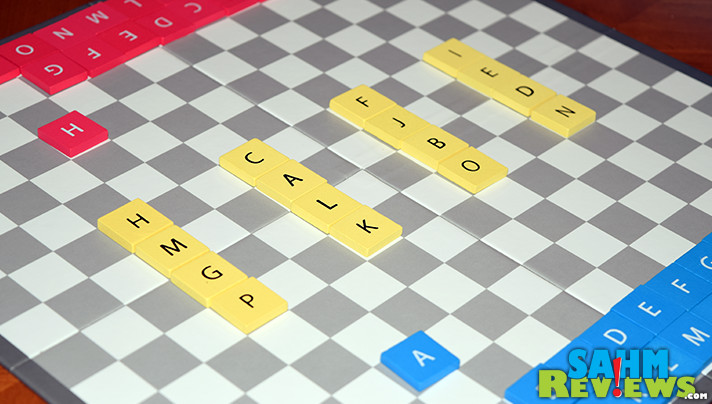 Included in the box is a board (duh) along with the aforementioned letter tiles (sixteen each in red, blue and yellow). White tiles depicting all of the Chess pieces are also inside, as are some blank replacement tiles in case you lose a couple (nice touch). 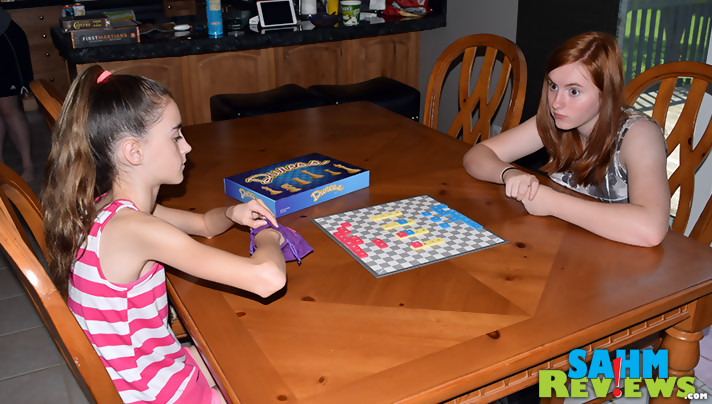 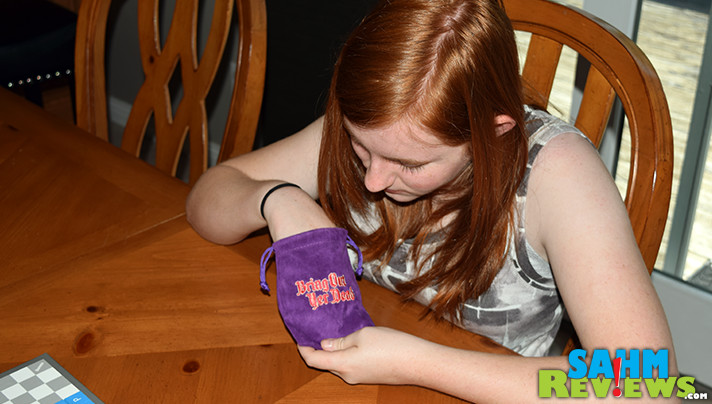 The white Chess tiles are put into a bag (NOT included – this was a little bit of a disappointment) and on your turn you randomly draw one tile. The Chess piece depicted determines how you may move one of your letter tiles. Draw a Queen and you many move it in any direction as far as you would like. A Knight allows you to move in an “L” shape. And so on, matching all of the traditional Chess movements. Same rules apply – you may not pass through another piece, nor land on one of your own or an opponent’s tile. 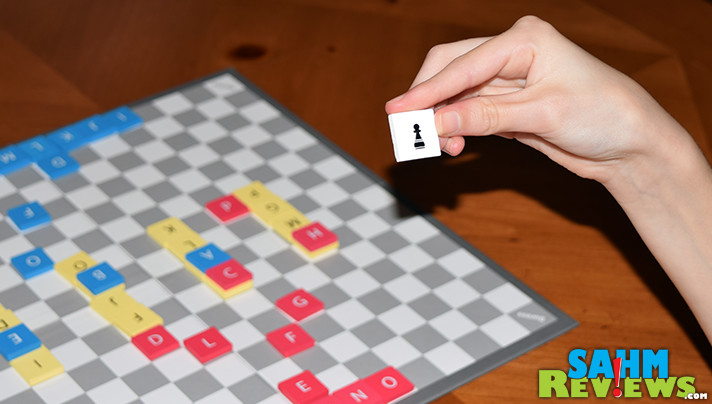 Unlike Chess, you are not trying to capture your opponent’s pieces. You are trying to land your letter on the matching yellow tiles, which do not move at all. It is a race to get your letters to the yellow tiles, and you are subject to the luck of the draw from the bag (did I mention that the bag was NOT included?!). This leads to a bit friendlier game since you aren’t directly attacking each other. But that doesn’t mean your opponent won’t take the letter you were vying for! 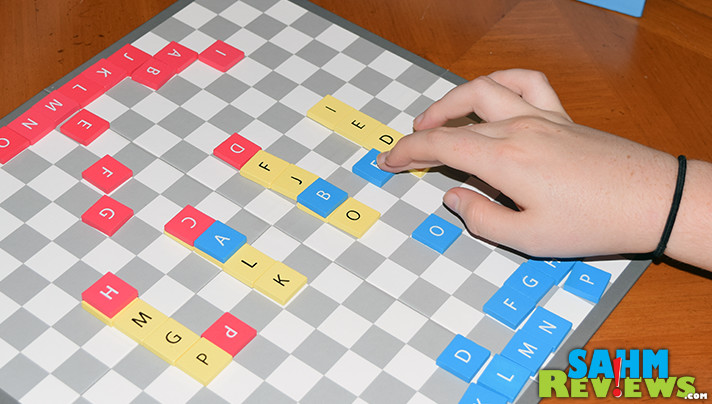 To mix things up, included are a number of alternative board layouts that may add some spin to your strategy. They still all have the same goal – be the first person to capture nine of the letters (one more than 50%). Alternate rules also can be applied that limit the time you have to take a turn, the number of tiles you begin with or even the ability to leave the position of one you have captured in order to block the movement of your opponent. You decide which rules you want to employ. 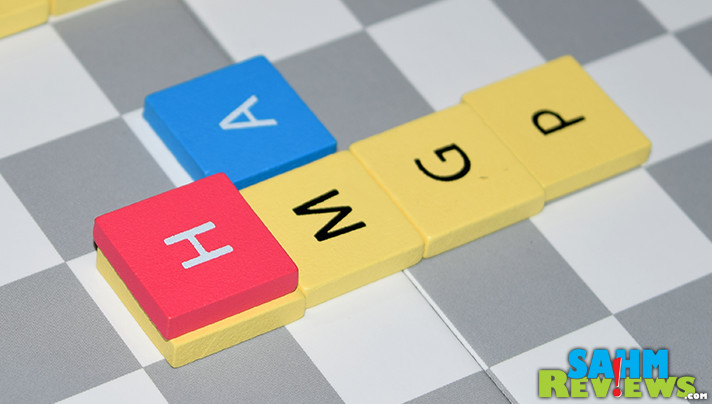 Duress is extremely affordable on Amazon for under $15 shipped, but again, does NOT include a bag for the tiles! Don’t take that criticism to heart, finding something to put the chess tiles into for a random draw wasn’t a big deal. It just would have been nice to see one included so the game could be up and running quicker. Duress worked out well for our daughters, one of which already knows how to play Chess (and the associated movements). She was able to help her younger sister out when drawing, and ended up inadvertently teaching her the basics in Chess movement!

Check out Doctor Rocket’s social media channels (Facebook, Twitter) where they are very happy to answer any questions you might have about Duress. Feel free to ask them why there isn’t a bag! 😉

What do you think about this interesting take on Chess?

12 comments on «Duress Board Game Overview»