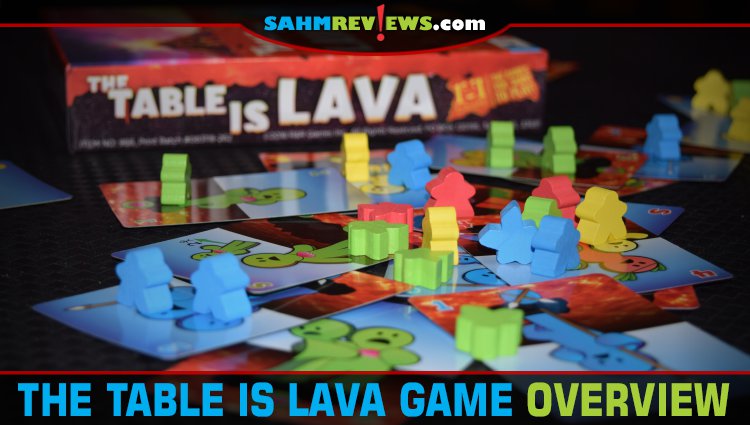 There are many things that I’m sad about with the current social distancing and cancellation of event after event. Missed opportunities for our kids. Yes, it’s somber that not only school, but extra curricular activities such as concerts and prom were crossed off the calendar. Like many others, part-time jobs are on hold as businesses have closed by mandate and are slow to reopen (and rehire) while they evaluate how to keep employees and customers safe. But seeing the summer game conventions get cancelled hit really hard. The girls would have been able to spot banners and promotions surrounding Hues and Cues and be PROUD of their dad. While many parents see conventions as danger zones, I’ve watched my daughters thrive in that space. If they wanted to purchase a souvenir, they negotiated a price without us watching or coaching. In the same breath, that shows they understand the value of money. Their money. In addition, they’ve forged their own friendships in the board game industry, starting each day by making rounds to several publishers to say hello. While the list is filled with people who welcomed them with open arms, there are some they would feel comfortable reaching out to personally if they ever felt the need. One of those is Dan DiLorenzo from R&R Games. Each year, they would look forward to playing the board games he demonstrates in his convention space. Unfortunately, this year is an exception. It’s among the list of things they will miss out on. So when I decided to write about The Table is Lava, I asked if they remembered how to play. “Oh, yes! We’ve played this!” It’s not quite the same as the convention experience, but it’s the best we can do. 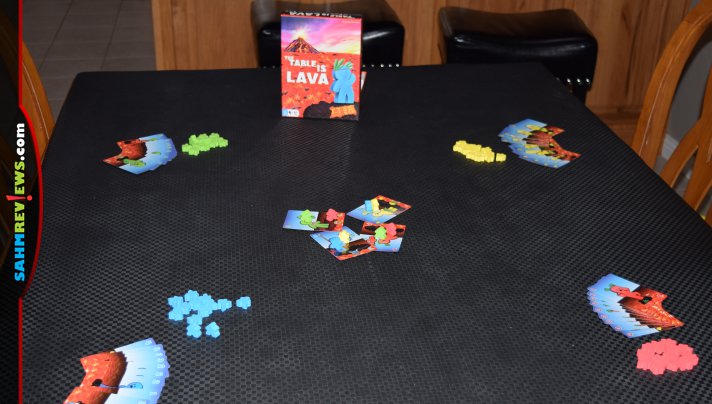 Naturally, I handed them the reins and let them steer as they set up the game and taught us how to play. They started by setting up the play area. Each of us selected a color then grabbed all the cards and meeples along with it. 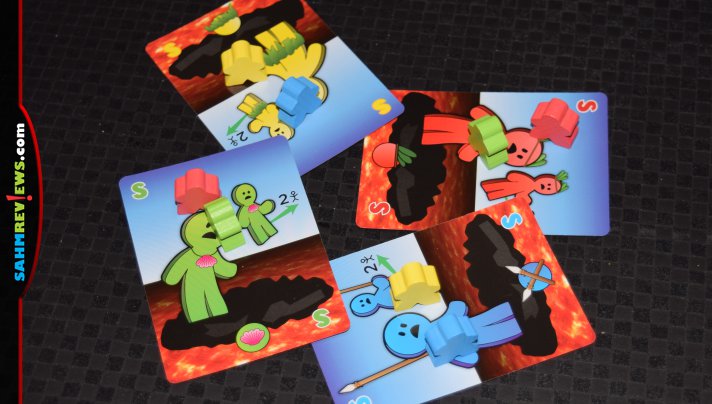 Among the cards of each color is one labeled with an “S”. This indicates it’s the starter card for your color. All these are placed in the center of the table along with one of your meeples. You’ll place a second based on how many people are playing. In the case of four, your second meeple goes on the card opposite of yours. 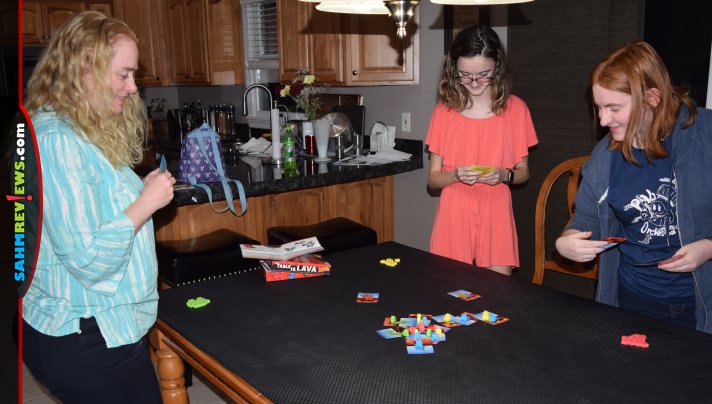 The cards in The Table is Lava represent safe ground. The table, as identified by the name of the game, is lava. The goal is to keep your people on safe ground! Staying behind the edge of the table, players take turns flicking one of their cards toward the island. 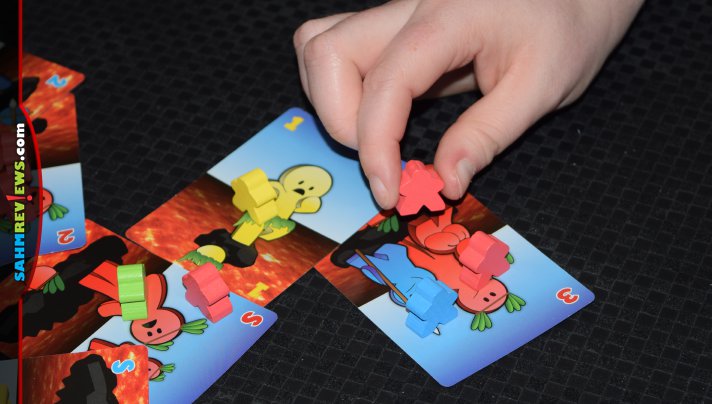 If you successfully place the card touching another card then the meeples depicted on the card are added to it. Sometimes there will be one or two of yours and other times you’ll help opponents. If it landed more than a thumb’s width away from another card then you forfeit the right to add your meeples. Likewise, your opponents cannot add theirs either! 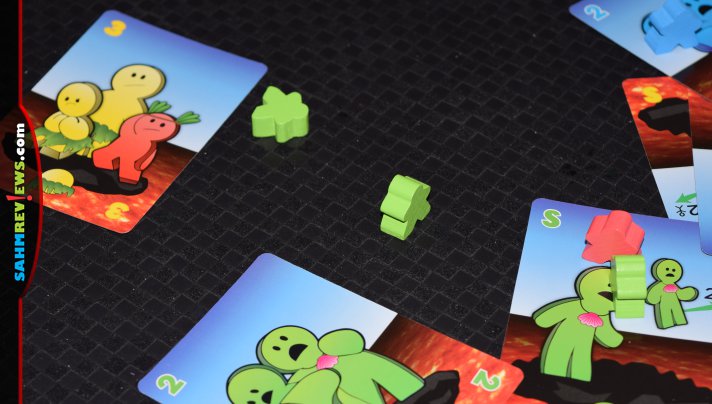 Any meeples that fall off of any of the cards are returned to their owner. If you’re good at tossing and flicking cards, you can strategically knock opponents into the lava! Of course, you want to avoid harming your own so you will need to be accurate. 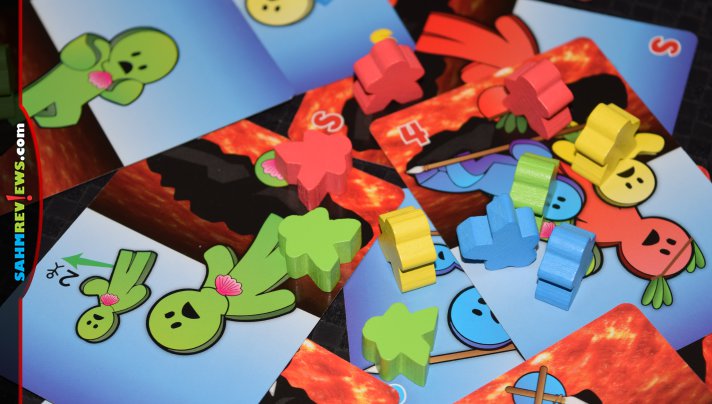 The game ends when all players run out of cards. In some cases, you may go a few rounds without having meeples to place. In other cases, you may have lost several to the lava and have plenty. Unfortunately, it’s a rule that you cannot add meeples to the last card you toss so use that concept strategically when selecting which others to play. After all cards have been played, calculate the scores. Any meeple still standing is worth two points each. Ones that are touching cards, but laying down, earn one each. Meeples that have landed in the lava are worth zero. Add them all up and the highest total is the winner!

Don’t get burned by missing out on this fun dexterity game. The laughter will erupt when you add The Table is Lava to your game night. Copies are available at your local game store or direct from R&R Games. Of course, Amazon is an option for online shopping as well. Stay connected with R&R Games on Facebook and Twitter to learn about news and product releases.

The Table is Lava Game Giveaway

20 comments on «The Table is Lava Dexterity Game Overview»