There are some words you hear that automatically redirect your mind to something specific thanks to pop culture. As an example, the DeLorean will forever be associated with the Back to the Future franchise and a musical made Hamilton became more than just a persona from the history books. I suspect that Pandemic will have more relevance outside of gaming groups than it ever used to thanks to the current health crisis. I think it’s natural for current events to impact the way we perceive and remember things, intended or not. When I picked up a copy of Penny Lane from Sparkworks, I immediately started singing the song which then made me check this huge list of streaming services to see which was playing Yesterday. 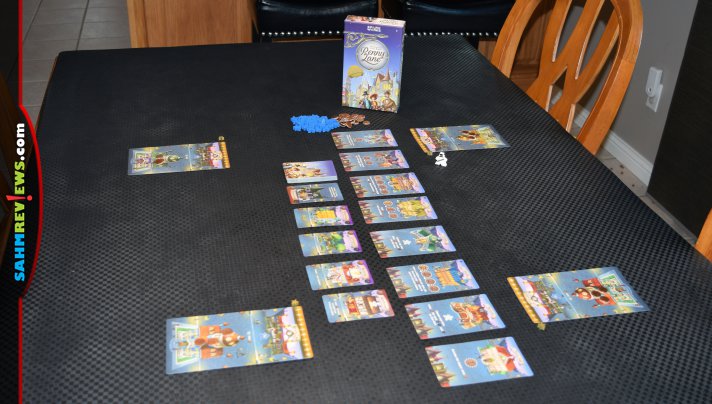 As I mentioned in the title, Penny Lane is a city building game which means you’re working on adding stores, homes, attractions and workshops to your personal lane. The game consists of individual player boards, multiple main street cards, a deck of building cards, citizens and pennies. Each player selects a player board and places it in front of them along with three pennies and a scoring star. In the center of the table, you’ll organize the Main Street cards in a row, a shuffled deck of cards and a general supply of pennies and citizens. Reveal the top five cards from the deck to form a building supply. Finally, give the Mayor meeple to the starting player. 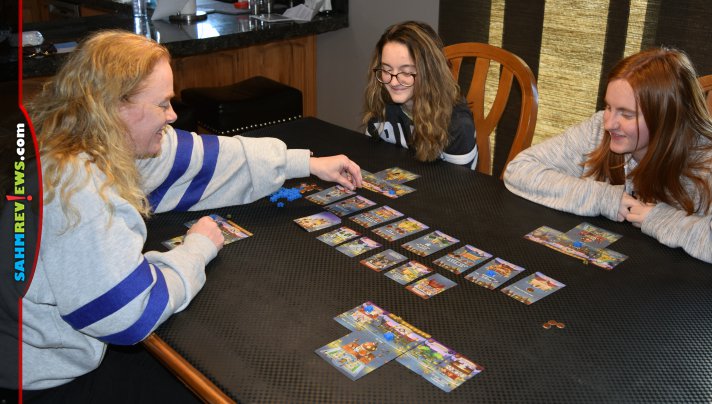 You’ll play over several rounds that include two phases each. The first portion is the action phase which is the bulk of the turn. It’s followed by an upkeep phase which is essentially when you clean up and replenish for the next round. During the action phase, you may take any action on Main Street or opt to pass. Play moves clockwise with everyone selecting one of these two options and will continue to do so until all players have consecutively passed. 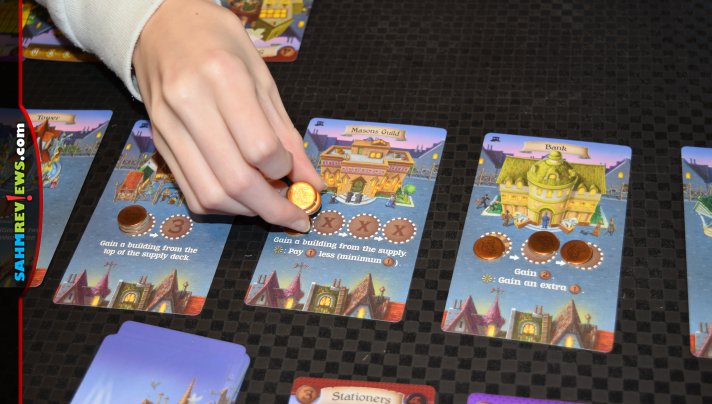 In order to build your lane, you’ll need to select available spaces on Main Street, pay the costs, send out a citizen for the job and take the related action. There are a multitude of options including visiting the Masons’ Guild to take a card from the building supply and add it to your lane or heading to Town Hall to take the Mayor meeple and become first player for the following round.  You’ll use citizens and money from your personal supply to be able to afford these different choices. If you cannot, that’s when you pass. 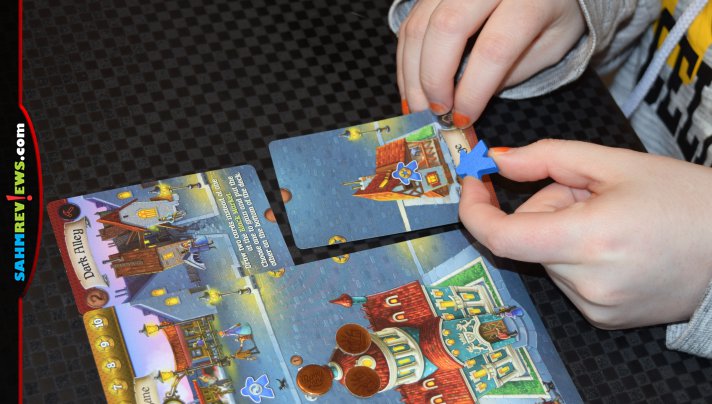 There are four types of Building Cards including stores, workshops, attractions and housing that add value to your lane. Some provide you with income, others with points and some provide discounts or advantages for other actions. If you’re able to line up the coins or stars on the side of the card, it will earn you coins or victory points during the upkeep phase. 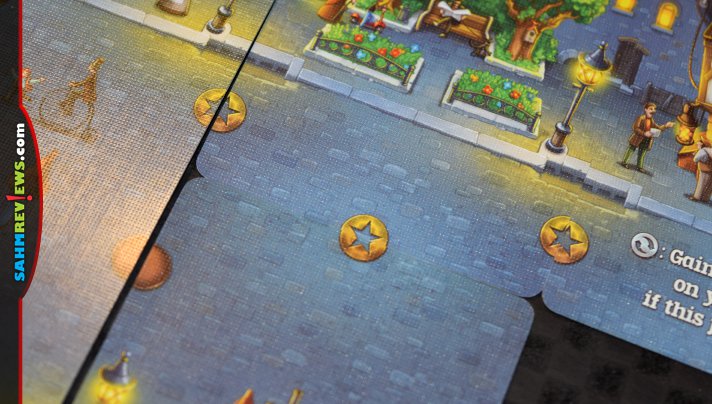 While this isn’t an engine-builder, it doesn’t hurt to implement some of these game practices when deciding which buildings you want to add. When you add a new building, you’ll place it on your lane next to an existing one with houses aligning with the top half and the other types going on the bottom. 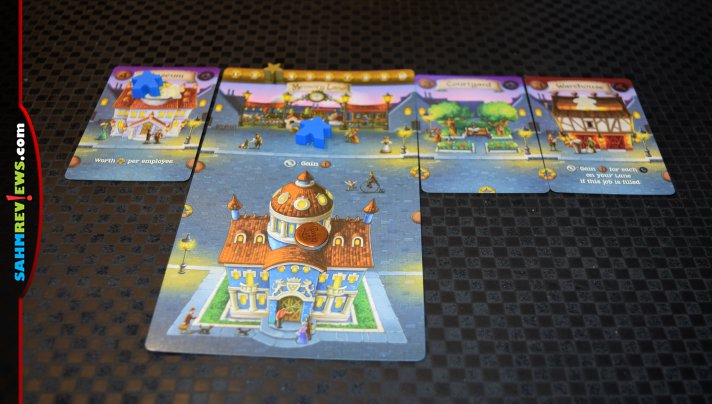 After all players have passed, you move to the upkeep phase. The first thing you do is check to see if anyone has ten or more victory points from buildings on their lane or if there are less than five buildings available in the supply. Either of these triggers the end of the game immediately. If not, then you’ll be doing payouts and cleanup in preparation for the next round. First, clear Main Street of any pennies or citizens and return them to the general supply. Next, resolve any upkeep phase effects shown on Building Cards on player lanes including coins and points earned from bonus link icons where the cards connect. Finally, start another action phase beginning with the player who holds the Mayor meeple.

While the instruction book is a bit clunky, the concept of Penny Lane is similar to other city building and worker placement games where you take actions on available community action spaces. The box says it’s for ages 14+, but that’s not very accurate in my experience. If you have younger players, walk them through the rules and maybe help them the first time they play. Check with your local game store for copies of Penny Lane or pick one up on Amazon. Take a stroll down the lane with Sparkworks on Twitter and Facebook for news and fun announcements including game-related backgrounds for your next video conference!

What’s something that you think of differently thanks to pop culture?