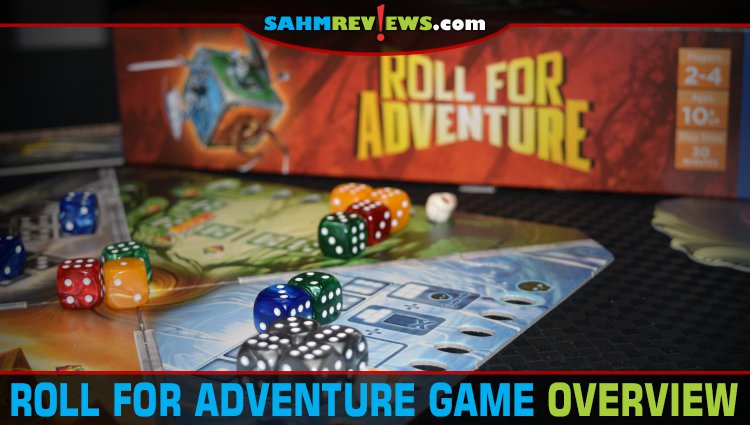 Oh, how I love a good cooperative game. I know I say that about a lot of different types of games, but when given a choice of several games, I’ll select a cooperative one if it’s among the options. If it has dice then it’s a double winner because dice games are also right up there at the top of my list of favorites! Roll for Adventure from Kosmos ticks both of these columns so it’s definitely one for the front of the game shelf. 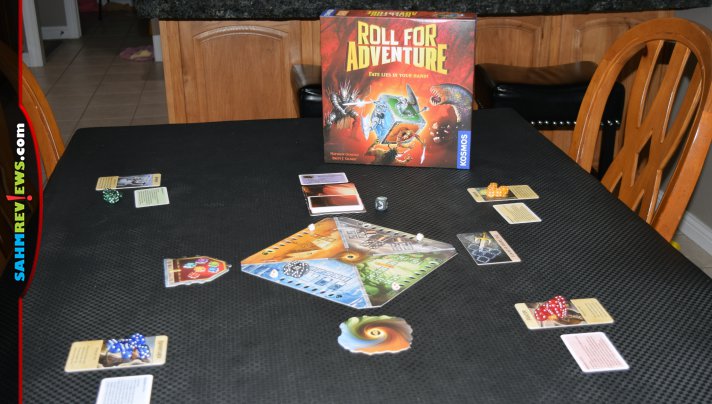 The board for Roll to Adventure is modular which gives you various ways to adjust the difficulty level. You can chose side A or side B of each territory, you can swap out heroes, adjust the number of power stones required or include additional enemies. These all create opportunities for the game to be different each time you sit down. To begin the game, assemble the board and fill as instructed, select characters, distribute dice, determine how many power stones you want to use and prepare the enemy deck. 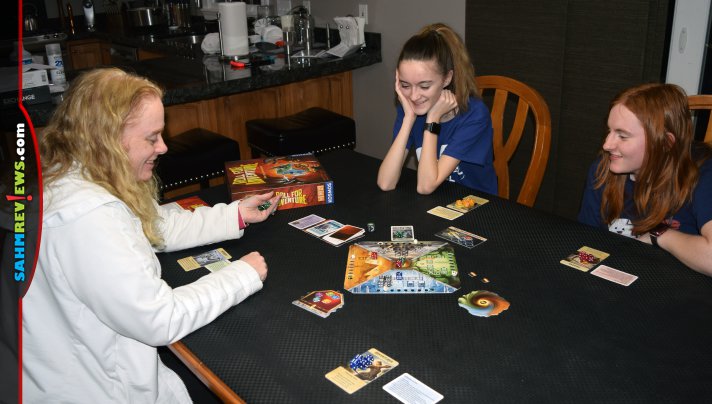 Players are working together to defend the territories while simultaneously attempting to earn power stones. Each territory has a different requirement that is fulfilled using your dice. You may opt to place your dice in specific sections of the board to earn the power stones, attack enemies or help the team recover lost dice. There are a lot of options that are partially strategic and partially at the will of the dice results. On our first play through, we made a couple mistakes when it came to placing dice and had to consult the instructions more than once. What we noticed is that the examples often conflicted with the written rules when they were actually meant to clarify them. In other words, read all the examples in the instructions, even if you think you understand the rules! 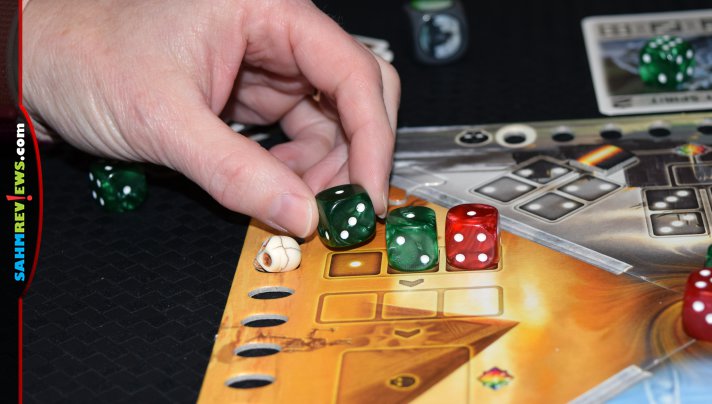 Each territory has a different requirement for trying to earn the stone or bonus dice. Ones have a place in the desert where you gradually work your way up to access a stone. The fortress utilizes twos, threes and fours to break down barriers and earn a stone. You’ll need to break down boundaries in the forest using fives and sixes to earn a stone there. The ice cave holds bonus dice that can be earned for all players to beef up their dice pool. 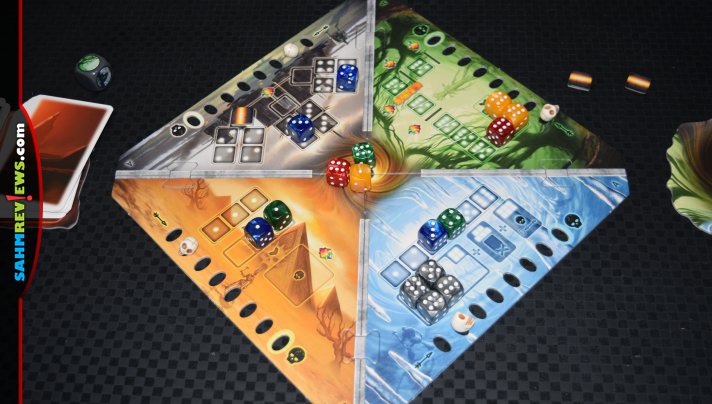 While the game is cooperative, play isn’t simultaneous. As the active player, you’ll roll all your dice. You may select one value then place all the dice of that value in one of the territories. If you roll more than are needed for a section, you lose any overage to the Vortex of Oblivion. I know. That sounds ominous, doesn’t it? I’ll explain how it comes into play in a minute. After you’ve placed, you roll all your dice again and repeat the process until all your dice have been spent. 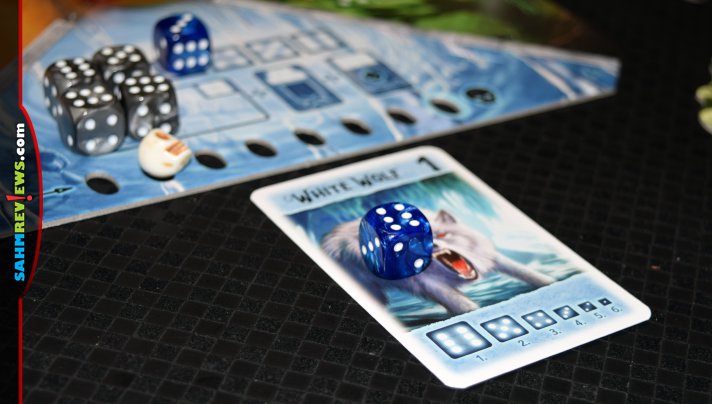 At the end of your turn, you’ll reveal a card from the enemy deck. That creature has a strength and orders all lesser enemies to re-engage in the territories before unleashing damage on its own! Dice already placed in the territory act as a buffer and the first attack will be on the dice already there. If there isn’t a die in the territory to protect it, then you’ll move the skull one place on the damage track. Since a new card is revealed at the end of each player’s turn, it’s important to keep in mind that they could continue to do damage as long as they are allowed to remain. If there are enemies on the board, you may opt to spend dice to defeat enemies instead of placing in one of the territories. When dice valued at six or more (cumulative total) are placed on an enemy, it is defeated and removed from the game and those dice are returned to their owners. Not all the enemies attack on every turn, but every attack means at least one die is coming off the board or the health of a territory is weakened.

When the Master of Shadows is drawn from the enemy deck, he immediately activates all the enemies in the territories. Then the territory die is rolled and he inflicts two damage to the one territory rolled or one damage to all four if that side is the result. If you roll a blank, there isn’t any damage! The card is then shuffled back into the deck and you’ll have to deal with him again… and again… until you’ve collected the required number of power stones.

I’ve already mentioned how you protect territories and earn stones, but I haven’t mentioned how you get dice back from the (insert evil voice here) Vortex of Oblivion. At any point during your turn, you may place dice of the same value on the Vortex of Resurrection. Unfortunately, that ends your turn and you’ll move to the step where you draw an enemy. However, once the total surpasses ten, then all dice in both Vortexes are immediately released back to their owners. Play continues clockwise with players rolling, placing dice then revealing an enemy until one of three things happens. 1) You’ve earned enough power stones to defeat the Master of Shadows. 2) One of your territories has been destroyed. 3) A player begins their turn without any dice.

It will take a lot of luck and some good teamwork to win at Roll for Adventure. This cooperative game is very family friendly and as I mentioned before, has a lot of opportunity to mix things up for increased replay value. Copies are available on Amazon or get Roll for Adventure direct from Kosmos. You can check at your local game retailer as well. Roll over to Twitter and Facebook to see what other adventures await you from Kosmos!

Would you rather focus on earning power stones or killing enemies?

One comment on “Roll for Adventure Cooperative Dice Game”