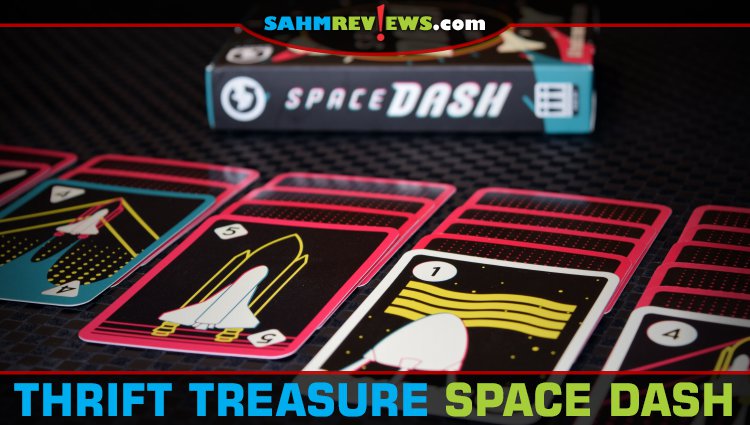 We occasionally find deals on board and card games at Kohl’s. Usually while they’re resetting their store for a new shopping season. It can be a great way to save a lot of money on a game you’ve been wanting, especially if you’ve saved up some Kohl’s Cash from previous shopping trips.

This week’s Thrift Treasure find was from our local Goodwill, but had obviously been purchased on clearance from Kohl’s. The original price tag had been scratched through and remnants of a yellow sticker could still be seen on the package. It was probably given as a gift, since while it was opened, the inner contents still had their factory wrap around them. As it turns out, the gift receiver did the right thing by not playing it and sending it off to someone else who might better appreciate it. 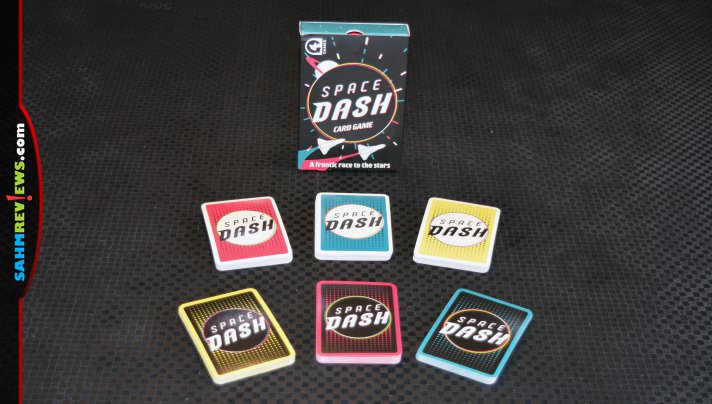 Space Dash by Ginger Fox Games is nothing more than a Klondike Solitaire variation disguised as a multi-player card game. The entire game can be summed up on one sentence – be the first to finish your solitaire game. 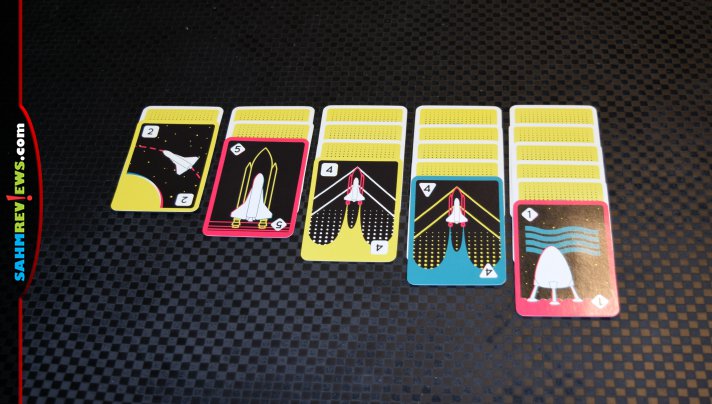 On the plus side, there is custom artwork on the cards. The game consists of six decks of 20 cards, one for each player. The cards are only numbered one through five and consist of four “suits”. You set up your personal tableau in the same manner as Klondike Solitaire, making five stacks of cards with an ever-increasing quantity in each one. 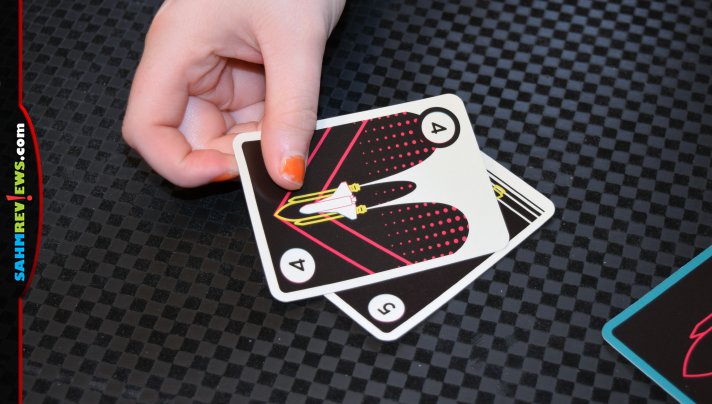 All players play at the same time in Space Dash. Cards with the number “5” are played to the center of the table where anyone may use them. (Look! It’s the 2-player version of Klondike!) Other players may place cards in descending order on those 5’s if they also match the suit. 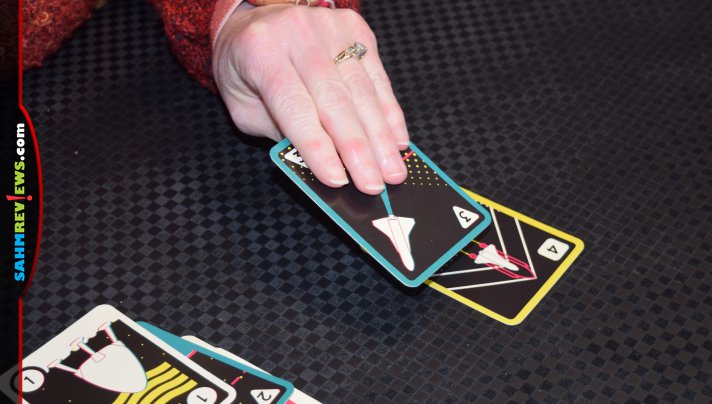 You can shift cards around in your personal tableau in ascending order as long as they do NOT match suit. You can only move one card at a time, so no moving an entire stack. When you move a card that exposes a face-down card underneath it, you may flip it over. If the column is empty, you may move the top card from any other pile to the vacated space.

Wait, there is a rule difference! For some reason you are restricted to playing with only one hand. This doesn’t make any sense thematically or practically. How do you win? Be the first player to play all of the cards from their deck. Which is, the first one to compete their solitaire tableau. 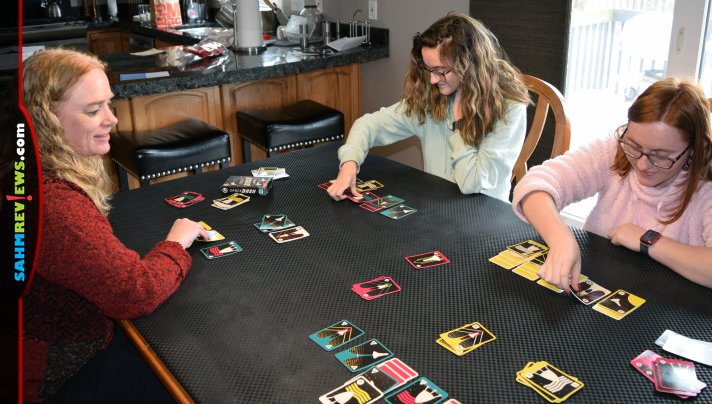 Space Dash is a perfect example of a game that doesn’t need to exist. You can play the exact same thing with regular decks of cards. But why would you when Klondike Solitaire has stood the test of time for decades? If you run across a copy of Space Dash at Kohl’s or thrift, let it collect dust. Whatever you do, don’t pay full price on Amazon. The $1.88 we paid was $2.00 more than we should have.

What’s the worst game you’ve ever found at thrift?