The way things usually go around here are we’ll play a game a few times, write an overview so you can get an idea of what it’s all about and then let you decide on whether or not it’s a good purchase for your family. We’ve never been ones to rank games or give them ratings. Mostly because we know everyone has different ideas of what type of game they like to play.

For example, Nicole loves any game with dice. It can be as simple as Yahtzee, a push-your-luck game like Martian Dice or one that uses dice as building blocks as exhibited in Towers of Arkhanos. She has also been known to buy a game or set of dice she’ll never use just because the dice are cute or unique. That hobby has infiltrated our family, with our youngest daughter being a self-proclaimed “Dice Collector”.

The Furglars by Bananagrams is one of those games we would have purchased even if we had no intention of playing it. The game includes twenty cute dice with a fuzzy character living inside of them (Furgles)! That alone makes The Furglars an instant purchase for our family. But what about the game? 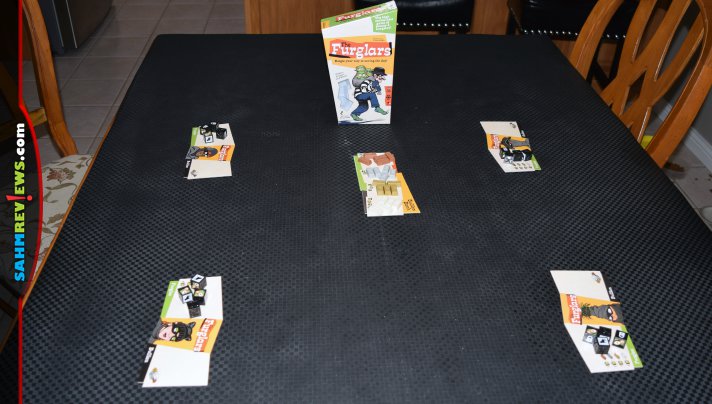 Set up for a game of The Furglars by giving each player a number of dice depending upon the number of players (up to six can play). Everyone takes a Character Card and sets it in from of them. Plastic Bullion Bars are sorted and set on the included Bullion Bank Card, which is placed in the center of the play area. Pick a first player and you’re ready to begin! 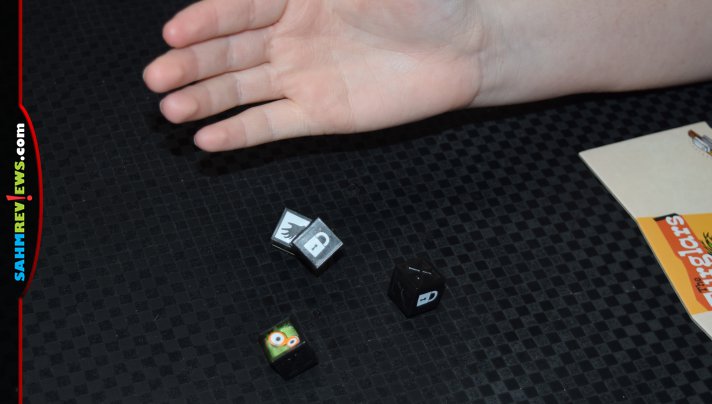 On your turn you will roll all of the dice in front of you. Any Furgles or Locks you roll you may keep by placing them on your Character Card. X’s do nothing and Hand icons allow you to steal an unprotected Furgle from another player or break one of their locks. After using a Hand, turn the die to the “X” side to show it’s been spent. Similarly, broken locks are also turned to the “X” side and placed in front of the active player. 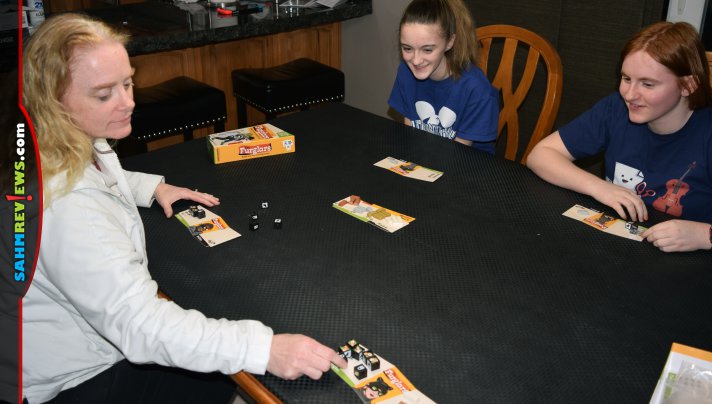 Once all of the dice have been assigned, any not on the active player’s card (Furgles and Locks) are passed on to the next player in clockwise order. That person will then begin their turn by rolling all of the dice! After the first round has completed and everyone has had once opportunity to roll, an additional option is added to each round. 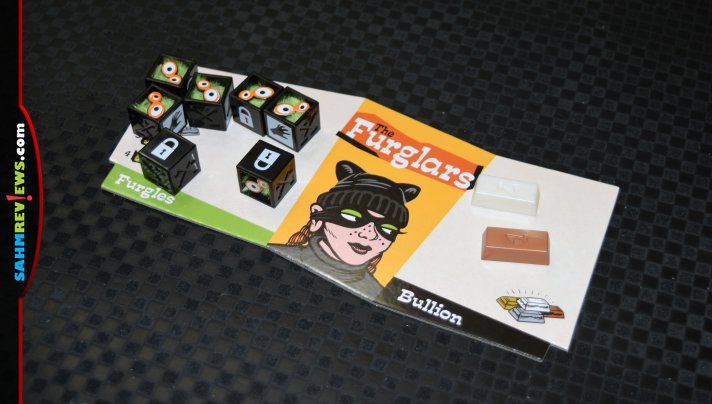 Before rolling, you may elect to collect a bounty for any Furgles you have on your card (that survived an entire round without being stolen) by exchanging them for Bullion Points on the Bullion Bank Card. The more you turn in, the more points you will receive! Those dice are then added to the pool you will roll to start your turn! 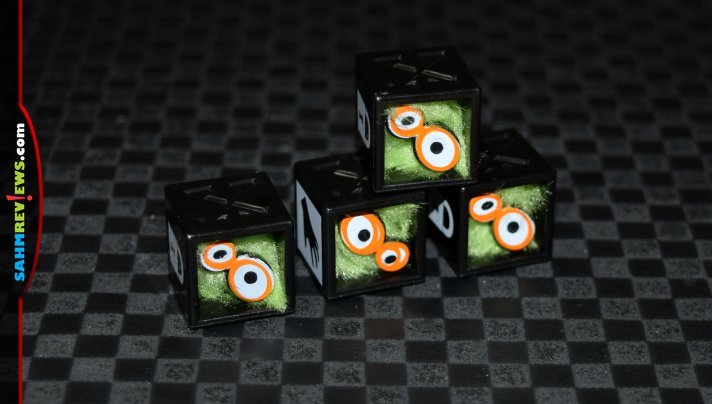 Players continue taking turns until one person is able to collect 15 Bullion Points or more (21 in a 2-player game). The game of The Furglars ends immediately with that player being declared the winner! Once you’re familiar with the base rules, you can add in optional ones. One example kills all the locks in the game when you roll all X’s. You are also encouraged to make up your own and share your ideas with Bananagrams on their social media channels (Facebook / Twitter)! Whether you collect dice or not, pick up a copy on Amazon, from Target or ask for it at your favorite local game store!

What game have you bought just for the dice?