I’m always excited to find war-style board games at thrift. Growing up, other than Battleship, the only games my parents bought were party games, drawing games or word games. I longed for good strategy games and regularly put them on my Christmas wish list. I’m sure you can figure out that I never got any.

So when we spot classic strategy games at thrift, we buy them all. Today’s Thrift Treasure find is a later release by Milton Bradly, Mission Command: Sea. It was part of a 3-game series released in 2003 that included an Air and a Land version. I’ll keep looking for those while learning to master this one. 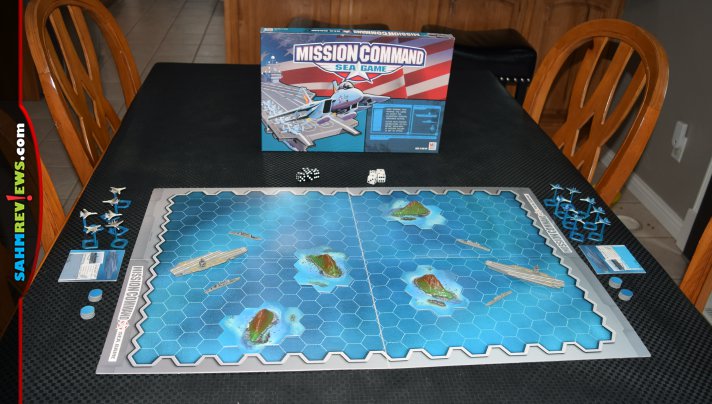 Mission Command Sea is a 2-player game where the object is to sink the other player’s aircraft carrier. Each side fields a fleet of ships and planes, sending them out against their opponent. After setting out the large board in the middle of the play area, each player places their aircraft carrier anywhere on their side of the map. The carrier will not move during the game, so strategic placement is important. They will also decide on the location of two islands on their side to help shield their navy and force a longer path for their opponent’s weaponry. Each sides’ two destroyer ships begin the game near to the carrier, just one space away. Eight fighters are placed on their stands and are kept on the Admiral Card in front of each player. 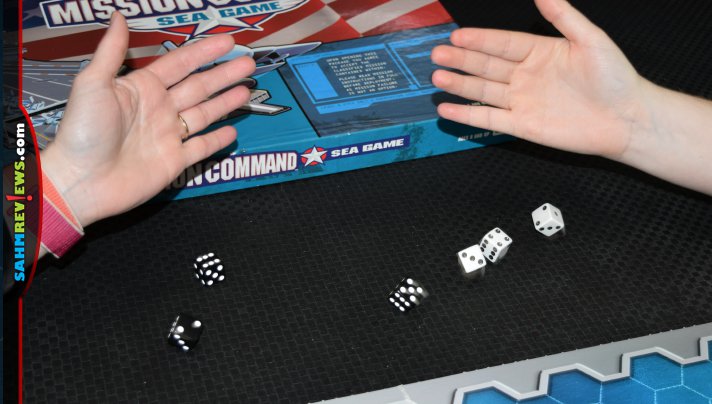 A turn in Mission Command Sea is broken up into six steps. Some of these steps will be skipped on a turn if they are not applicable. First, if you have fired Harpoon missiles during the previous turn, you will roll a die for each one in the water and move it the resulting number of spaces. If it doesn’t hit anything, it has reached the limit of its range and doesn’t detonate (remove it from the board). If it hits a destroyer, it sinks it. If the missile is able to strike your opponent’s aircraft carrier, roll another die and remove that many fighters from their admiral card, flipping the card to the opposite side to show it’s been damaged.

Next you will scramble fighters to the air or return them to the carrier. Roll four dice and move one equal to the number shown on the results. If you want to return a fighter to the carrier, roll one less die for each one and return them to your card. When scrambling a new fighter to the air, load a missile to the stand. You can choose a Harpoon missile to use against ships or a Sidewinder to take down other fighters. These are kept secret and won’t be revealed until later in your turn. 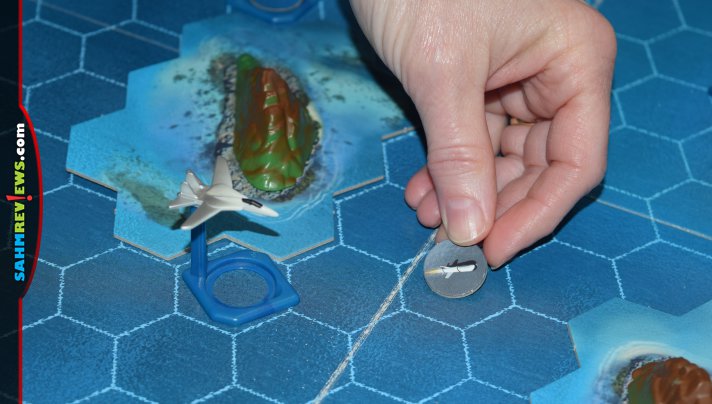 Destroyers move or fire next. Each one may do either, but not both. They may move up to two spaces or fire at a target within range. Count the number of spaces between your destroyer and its target and roll a number greater than the distance to hit it. Missiles, fighters and destroyers are removed from the game when successfully targeted, while the opponent’s carrier is damaged in the same manner as being hit by a missile. 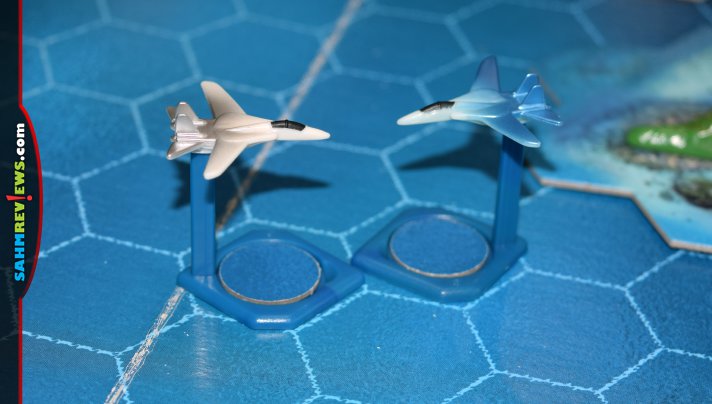 During your turn, your opponent now has a chance of defending themselves by firing their destroyers at any of your ships within range! Next, any fighters adjacent to others dogfight by rolling dice equal to the number printed on the bottom of their wing and highest roll wins. If tied, both fighters die gloriously. Lastly, you may now launch any Harpoon missiles carried by your fighters. Roll a die for each one and move it on the board in any direction. At the beginning of your next turn you will move it one more time as mentioned above. 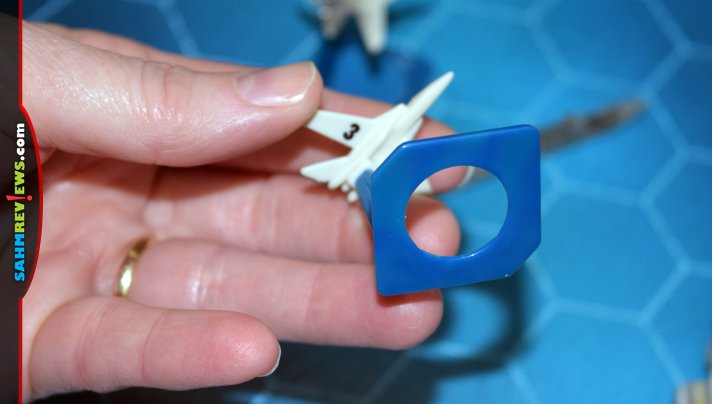 For being a strategy game, Mission Command Sea plays pretty quickly and can be completed in around 20 minutes. You can either be aggressive and rush your opponent or sit back and try to pick off pieces of their navy before mounting an attack of your own. Remember, you only need two hits on their carrier to win!

While there are copies on Amazon, your best bet is to pick up a gently used copy on eBay. I’ll be looking for the other two versions once thrift stores and yard sales start back up!

Which would you prefer? The Air, Land or Sea version?