One type of game our family has played for years is drawing games. I even remember playing Pictionary and Win, Lose or Draw when I was younger. Our collection of games includes standouts like Cartooner, Pictomania and Picassimo. We may or may not have also developed our own drawing game that is more challenging than most!

The one drawing game we keep pulling out to play when we have friends over is Happy Little Accidents by Big G Creative. It’s the combination of being easy to teach and being rooted in pop culture, at least from our generation. We grew up watching Bob Ross’ The Joy of Painting on PBS and eagerly support any venture with ties to him. 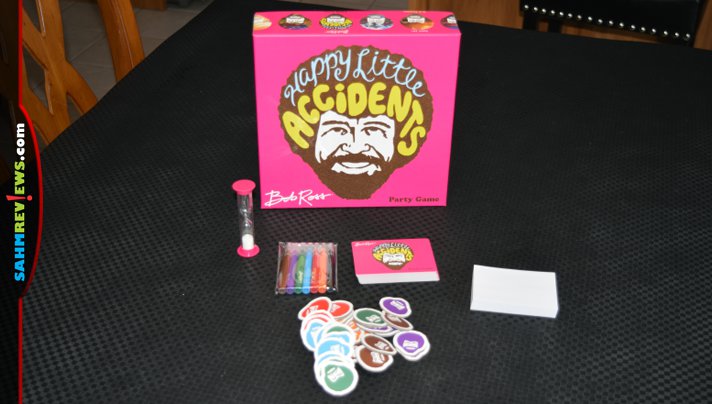 In Happy Little Accidents, each player begins the game with a blank sheet of paper (included). Everyone also chooses a colored marker and takes tokens matching it. A sand timer is placed within reach of all players along with a black marker. Appropriately, the “most chill” person begins the game as host and takes one card (which they don’t look at yet)! 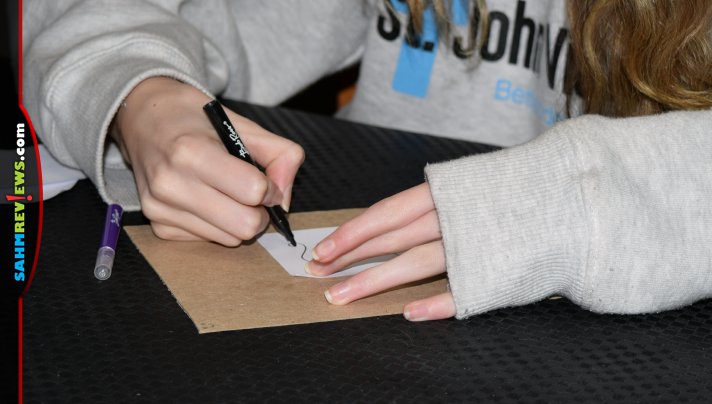 The first thing everyone does is takes turns drawing a random scribble in black on their piece of paper. These are set face-down in the center of the play area. They are mixed and each player takes one from the pool. The host then asks a player to choose a number between one and six. They will then look at their card and read aloud the word that corresponds to the chosen number. The timer is flipped and the round begins.

Simultaneously, everyone turns over their paper to reveal the scribble they are assigned to. Players have 30 seconds to transform that doodle into a drawing of the chosen word. When the time is up, players stop drawing. Everyone takes turns describing what they drew and why before continuing on to the second (and third) round. 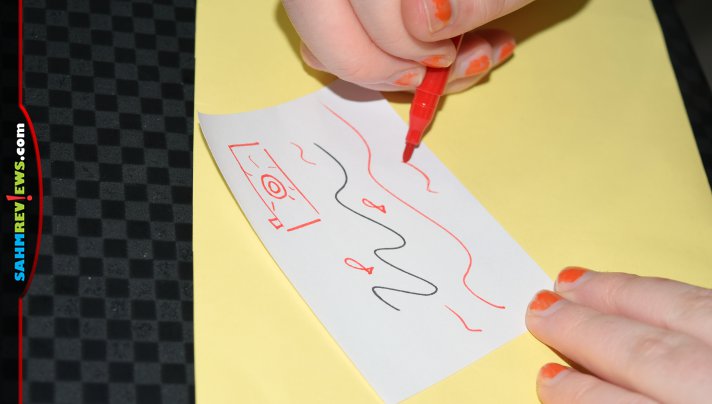 Using the same card, another word is chosen from the next column at random by asking another player to choose a number. These additional rounds are played in the exact same manner with everyone making a doodle, choosing one at random and then converting it into the round’s word. 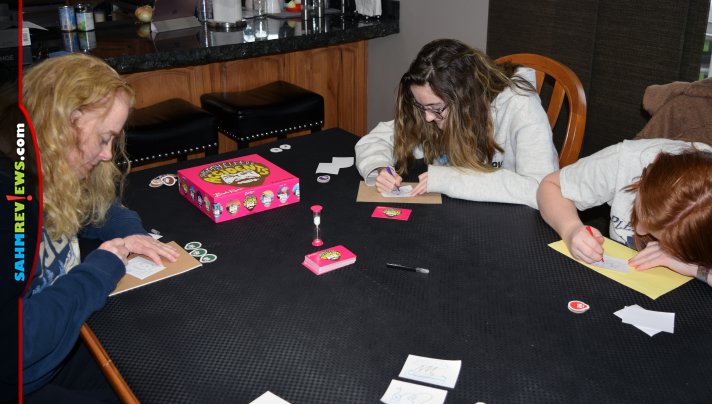 After the third round is completed, choose your favorite of the three drawings you made and place it in front of you. All players will now vote for their favorite, second favorite and 3rd, 4th and 5th favorite drawings. Each person has colored tokens with 1-3 points (squirrels) depicted on the back and assign them based upon their preferences. A fun sidenote, the inclusion of squirrels as points is a tribute to Peapod, the tiny squirrel Bob Ross raised and allowed to sit in his shirt pocket! 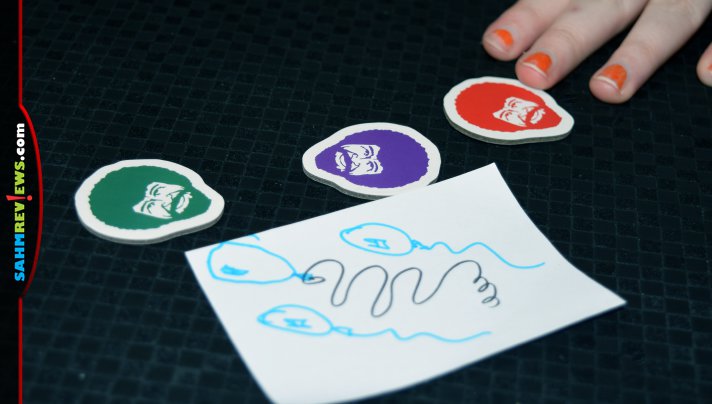 There are no judging rules – you may award based upon how difficult the drawing was, the artist’s artistic ability or sibling favoritism. In a 4-player game, you will only award three tokens for the top 3. Once voting is complete, add up the squirrels received and the player whose drawing earned the most is the winner of Happy Little Accidents! If tied, those players share the victory!

You’ll find Happy Little Accidents on Amazon, at Target or via your favorite local game store. Big G Creative also has a second game themed in all things Ross, Art of the Chill. Follow Big G on Twitter or Facebook to find out if they’ll be releasing any more!

Were you a fan of the original PBS series?