Over the past year, the girls have really flourished in so many ways. I’ve been impressed by how well they’ve done in various activities and have encouraged them along the way. But the other day something happened that surprised and impressed me. Madison showed me a project she had done for English that the teacher had opted to laminate and display on the wall in her classroom. 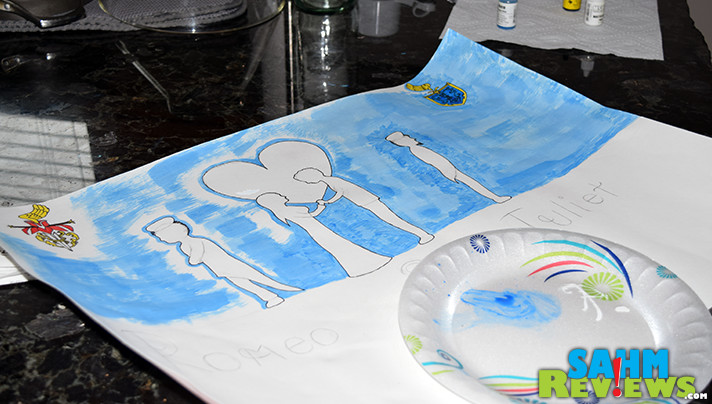 I started paying more attention to her artwork and discovered that even her doodles were coming to life. The positive reinforcement of having her image featured must have really had an impact because she’s put extra effort into additional projects as a result. 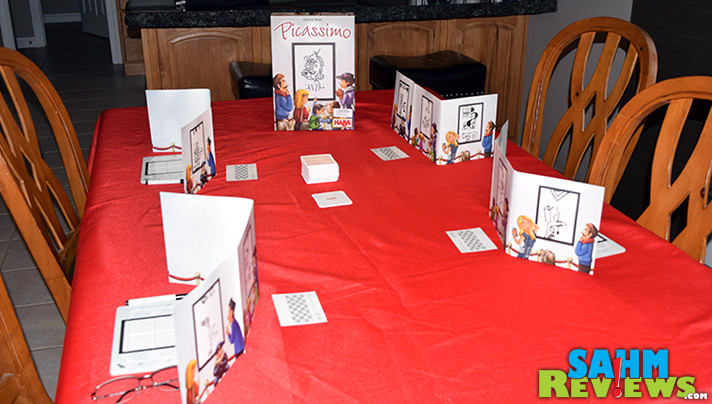 I applaud her for her efforts and for releasing this hidden talent. While my brother had an an artistic hand, I was never graced with such ability. Thankfully, no amount of skill or talent in drawing are needed to play Picassimo drawing game from HABA. The premise of the game is that you’re working at a small art gallery getting ready to display previously unknown masterpieces from famous modern artists. Unfortunately, the night before the exhibit was ready to open, all the paintings disappeared. You, along with your amateur artist colleagues, are tasked with creating replacement works of art that will hopefully pass the muster of the critics. To begin the game, all players receive a player screen, marker, score card and drawing board. 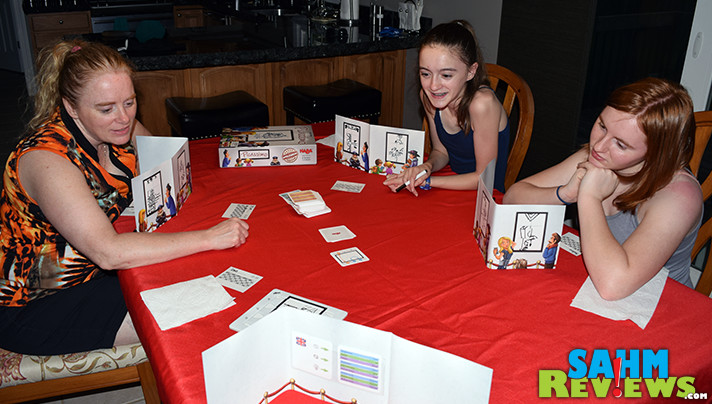 The goal of Picassimo is to be the artist to score the most points after seven rounds. Sounds simple enough, right? Right. It is simple. You don’t even have to be an artist to be able to win! You score points by being the first to guess someone else’s drawing or by someone guessing yours. While Picassimo is a drawing game, there’s more to it. 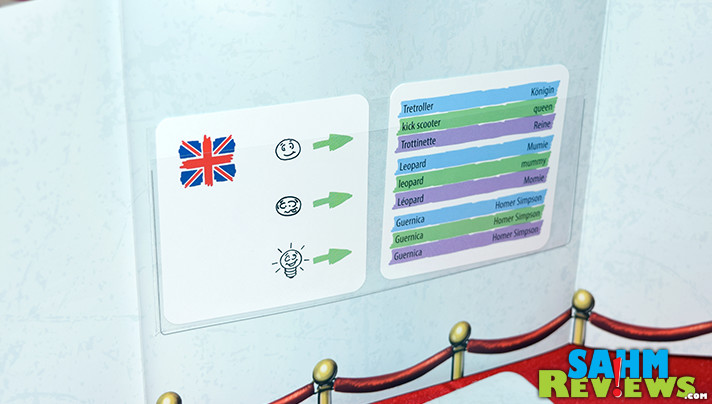 There are three levels of difficulty of word cards in Picassmio. Before the game begins, decide what is best for your group. If children are playing, select Level 1 words that are easier to draw and recognize. If you have skillful (or arrogant, admit it you know some of those) players in the group, select Level 3 which includes popular names, places, stories, people, book titles and more. In addition, there are transformation cards that are placed in a pile in the center of the table. One per round will be used – seven in total. I’ll explain how they play into the game in a minute. 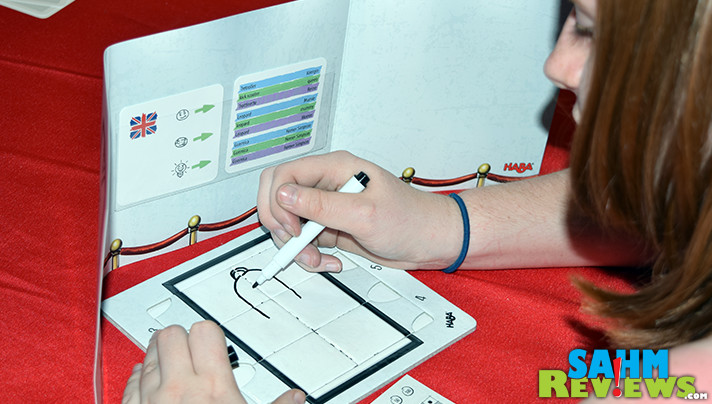 Everyone draws a term card from the top of the stack. You’ll look at the two indicated next to the predetermined difficulty level. Select one to become the subject of your masterpiece. The rules are simple. No arrows, letters or numbers are allowed. Your image must span all six sections of the board. None should be left blank. You can draw in portrait or landscape but the HABA logo has to be easy to read. It’s not a vanity thing, it has to do with the transformation cards I previously mentioned. When you are done with your picture, you yell, “Stop!” and set your marker down. The round ends when all but one player (or two in a 5/6 player game) indicate they are done. 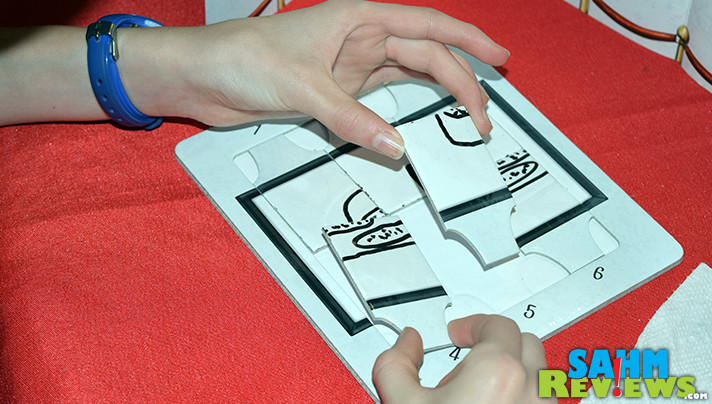 Now here’s where things get interesting. Using the transformation cards, you’ll carefully remove the noted pieces of your image and rearrange them as indicated. Depending on how things shifted, it could be a ragtag mess. Hopefully other players will still be able to figure it out! In the critic’s phase, players take turns showing their image while opponents try to guess what it is. The first person to guess it correctly along with the artist each earn 3 points. If nobody can figure it out, the artist begins to reverse the transformation. Critics are allowed to continue guessing during this process and the first person who guesses correctly earns 1 points, as does the artist. The player with the most points after three rounds is the winner.

The transformation pieces add an element to the game that allows less than awesome artists to still prevail. Being able to earn points for guessing correctly also helps level the playing field. It’s good as a party game for larger groups, but also a casual family game. If you enjoy drawing or party games, you can purchase a copy of Picassimo on Amazon. If this has drawn your interest, learn more about HABA and their variety of board games and toys by following them on Twitter and Facebook.

Are you able to interpret abstract drawings?