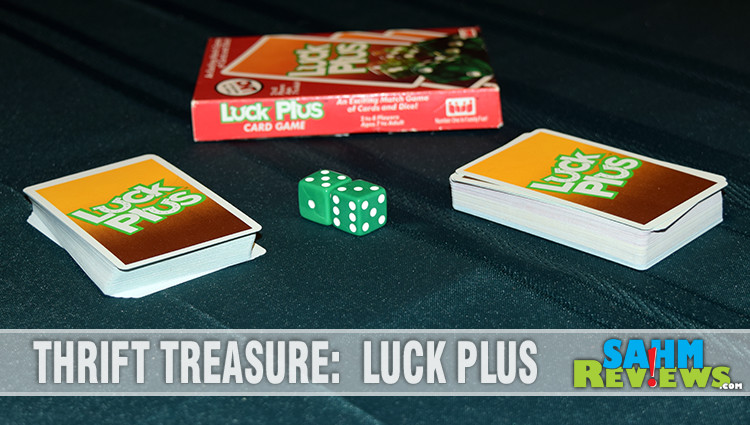 As luck would have it, we came across another game by International Games, Inc., who prominently advertised it as “From the Makers of UNO”. You might remember O’NO 99, which was marketed in the same manner and featured here back in 2015. This week’s Thrift Treasure doesn’t have much similarity to UNO other than it includes cards and the goal is to run out of them to win. Luck Plus also includes dice and supports up to eight players! 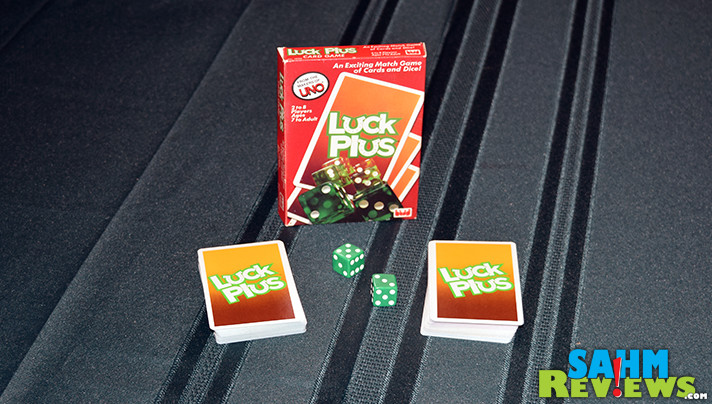 There is also quite a bit more going on in Luck Plus than a standard game of UNO. The small box houses 108 cards and two green dice, along with the instructions. All the cards are shuffled together and eight are dealt to each player, face up! These remain exposed in front of each player so everyone knows which cards their opponents possess. The rest are placed in the center of the table to form a draw deck. One card is turned over to begin the match/discard pile. 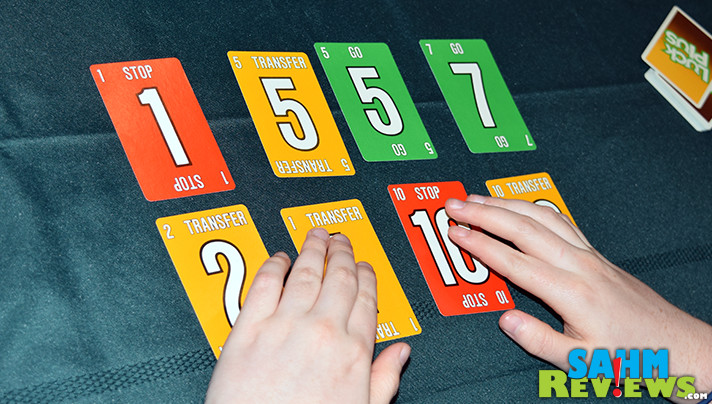 On your turn you will roll the two dice and examine the results. You are able to play cards from your tableau if they match the dice results and/or the topmost card in the match pile. You may play any cards that are the same value as the one on the match pile. You may also try to match value of the dice by playing two cards that exactly match the dice results. For example, if you rolled a five and a three, you may play a 5 and 3 pair of cards. Additionally, if the match card is the same as one of your rolled dice, you may use it as one of the pair when matching! Lastly, you can also play just one card that matches the sum of the dice! 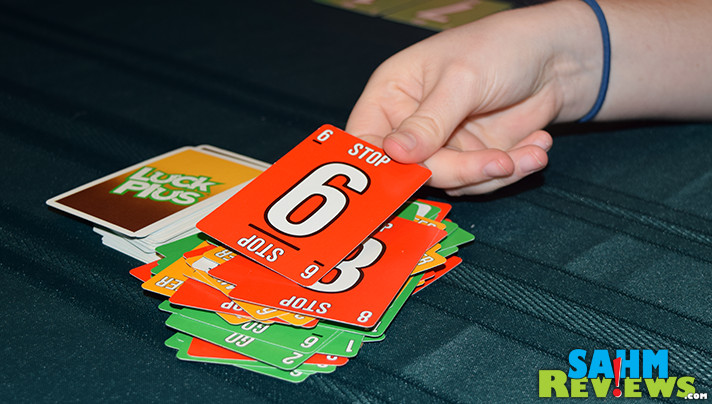 There is no limit to how many cards you may play as long as they fit the above criteria. But there’s a twist – the cards also have words on them that affect a turn when they are played. As you play your matching cards, the last card you play goes into effect. Most of them are labeled “Go”, which simply means keep taking your turn. If the last matching card you play is a “Go”, then you get to take another turn!

Other cards are labeled “Stop”, which ends your turn immediately. “Transfer” cards take effect when drawn. You can pass them to another player instead of adding them to your hand. Of course, you can keep it if you think you’ll benefit from it instead. When played as the last matching card, “Transfer” cards act like a “Go” card and allow you to take another turn. Lastly there are a few cards without numbers on them, just the word “Doubles” along with an illustration of two dice. As you might have guessed, these can only be played when doubles are rolled. 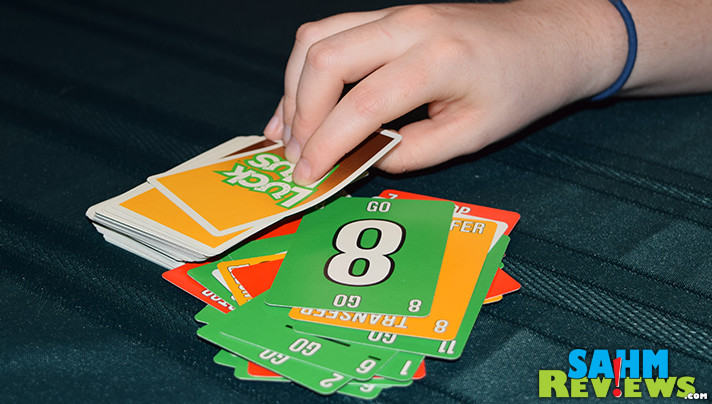 Another twist to Luck Plus is the fact that you’re not limited to matching what you roll. Before beginning your turn, you have the opportunity of matching what the previous player rolled (don’t disturb the dice)! Then after playing as many matches as you can, you’ll begin your regular turn by rolling the dice. Special words on the cards do not apply during this stage! 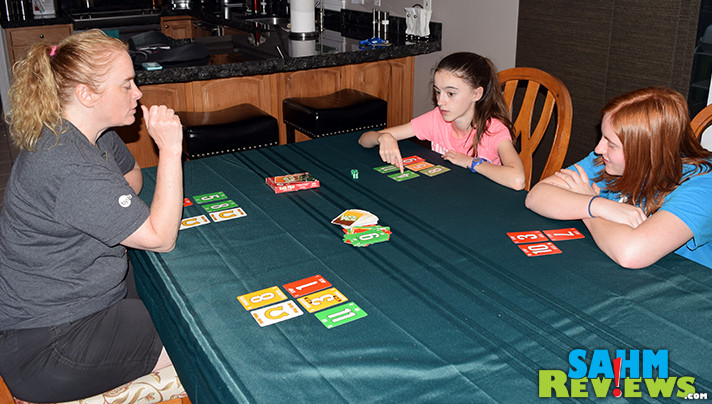 Once a player has depleted their hand, the round ends. Luck Plus is played over a number of rounds and the overall winner can be determined in one of two ways. Either play Luck Plus by counting the number of round wins (say, first to win five rounds), or track scores until one player gains a predetermined number of points (eg. 500). If playing in this manner, points are awarded to the round winner for cards that are left in their opponents’ tableaus – face value for number cards, 15 for Doubles, 20 for Transfer Plus, 25 for Luck Plus (wild cards) and 30 if you “Luck Out” and rid your hand of all cards in your first turn!

Luck Plus turned out to require quite a bit of strategy since you could see the next person’s cards and will need to make play decisions that will impact both of you. Long out of print (1983), you can still find copies on eBay for very reasonable prices. Ironically, Luck Plus was also available in a 2-pack combined with O’NO 99!

Do you know of other games that combine both cards and dice?