I don’t know about you, but every friend I had growing up had a copy of UNO in their house. It was a family favorite of ours as well, even if I rarely won (stupid brother hoarding cards). When we happened across O’NO 99 at our local Goodwill for only 88 cents, the UNO logo on the box caught my eye and brought back a flood of memories. 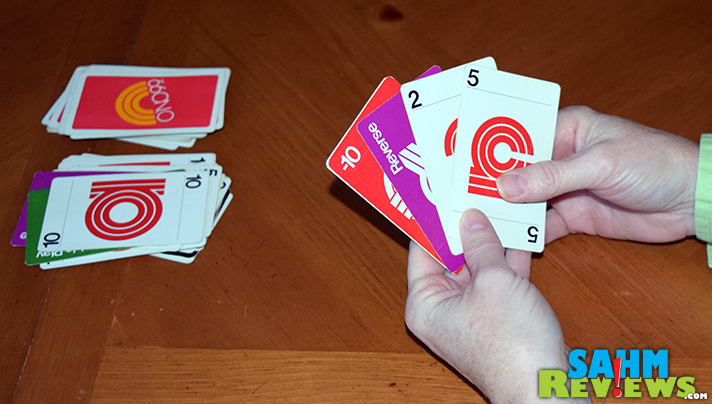 Using a custom 54-card deck and a pile of included plastic tokens, O’NO 99 is a card game designed for 2-8 players originally issued in 1980. Each player works from a dealt hand of four cards, adding to a common stack of discards adding (or subtracting) the number shown on the card to the overall total. 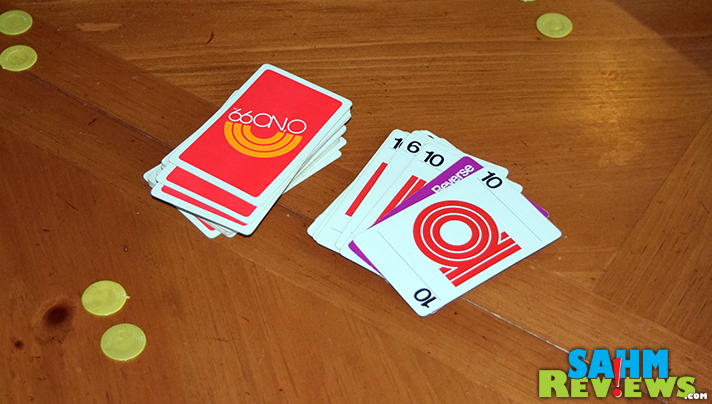 Every player also gets three tokens to ‘pay’ for their losses. The goal of O’NO 99 is to not be the person who causes the pile to meet or exceed a total of 99. If you are the unlucky person, you lose a token. Lose all three tokens and you can keep playing until you lose one more time (you can’t pay for your loss). 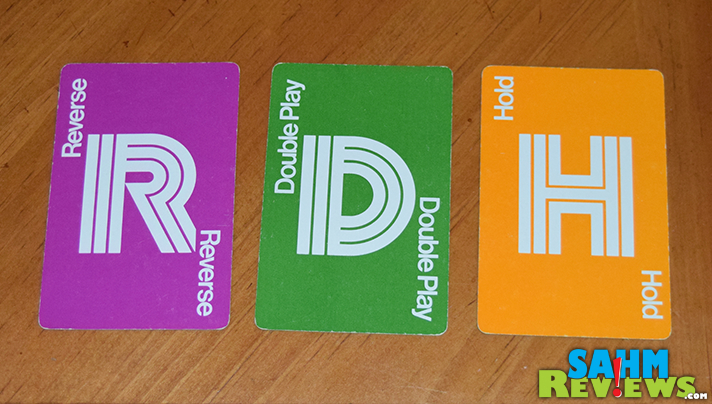 But there are special cards in the deck that will trip you up easily. Playing a “Reverse” card reverses the order of play. A “Hold” card is like a “Pass” – the pile total remains the same but the play continues on to the next person. “Double Play” requires the very next person to play TWO cards – that is unless they also play a “Hold” or “Reverse”, passing the 2-card requirement to someone else. 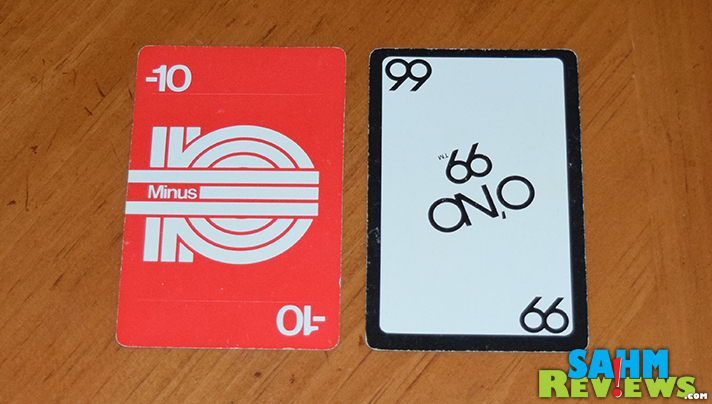 The vast majority of the cards are positive numbers, but there are a few -10 cards that will keep the round going. But watch out for the “99” cards. No, these aren’t worth 99 points, but act as “dead” cards that will clog up your hand. They are unplayable, but reduce your hand choice to three cards (or two, or one). There are a total of four of these in the deck, so they will come into play quite often.

Rounds continue until there is only one person left and they are declared the winner! Oh no! I lost again…(pun intended).

Because of its popularity in the early 80’s, finding a copy at your local thrift store should not be too difficult. In fact, ours had a second copy for the same price! You can also easily find O’NO 99 on eBay, including some deluxe copies. I could definitely see using this in a grade school classroom to practice addition skills, so consider picking one up next time you see a copy for your kids’ teachers!