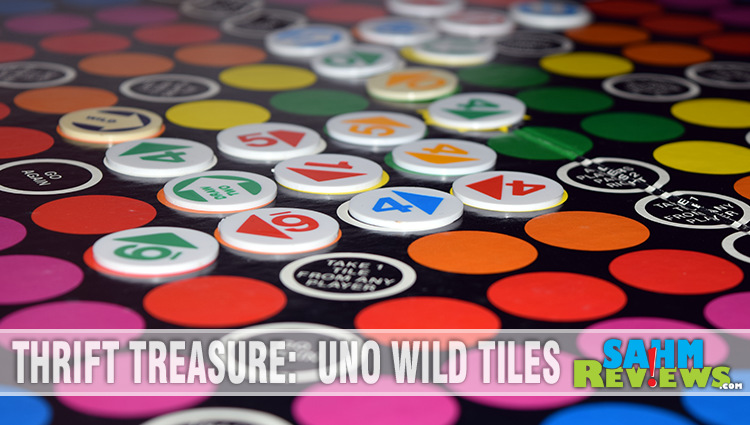 The more we look, the more it appears that there is one game whose name has been exploited to sell other games more often than others. Every time we turn around we’re finding another title with a direct relationship with UNO or advertised as “by the makers of UNO”. I guess we can’t blame the publishers – when you have a best selling game like UNO, you want to milk it for all its worth.

We’ve found a number of these “spin-offs” at thrift over the past few years, testament to the quality of these sequels. First we talked about O’NO 99, shortly followed up by UNO Stacko. A few months later we then found UNO Spin. It’s been a while since anything UNO crossed our desks, but not for the lack of searching. In fact, sometime during the past year we’ve found a couple new (to us) UNO-themed games. They have languished on our “to-do” shelf for a while, so we figured it was time to dust one off. 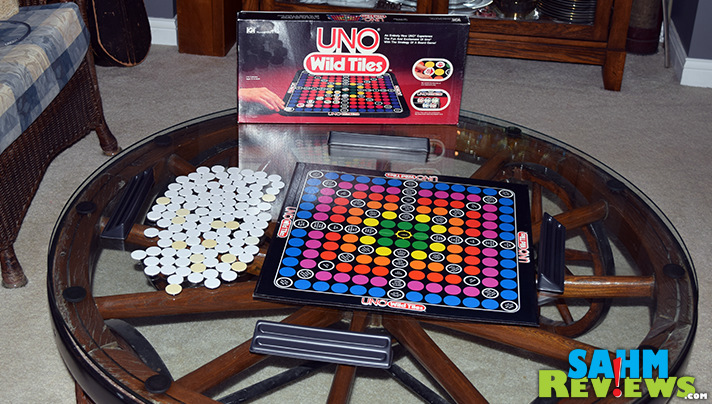 UNO Wild Tiles makes no bones about touting its UNO heritage, billing itself as “An Exciting New UNO Experience! The fun and excitement of UNO with the Strategy of a Board Game!” Also published by International Games Inc., UNO Wild Tiles is certainly a different take on the classic UNO card game. But is it as good? 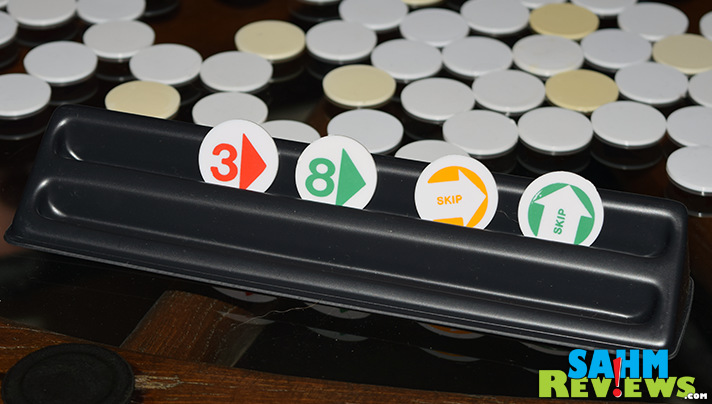 The object of UNO Wild Tiles is to be the first player to rid themselves of all of their tiles in their rack or to have the fewest points in their rack when no more plays are possible. Each player receives a Scrabble-like tile holder to place in front of them and draws seven tiles to begin the game.

Play begins with the first player placing a tile on the center “Start” spot and pointing the tile’s arrow towards any of the eight surrounding spots. This dictates where the next player must play a tile, and they must match either the color or number of the previous opponent’s tile, or play one of the “Wild” tiles. 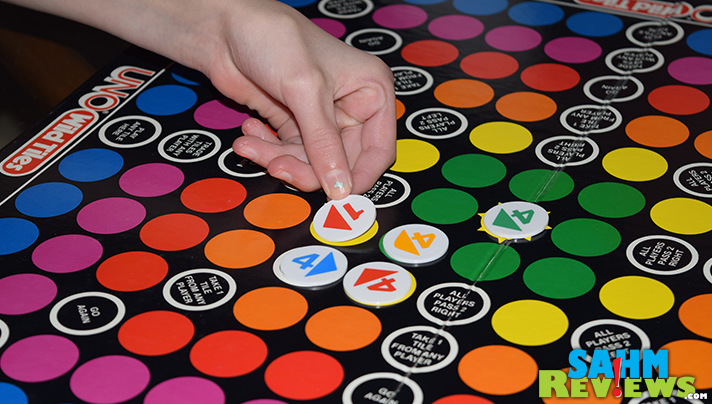 Just like in original UNO, special action tiles (instead of cards) mix things up by reversing the direction of play, skipping players or forcing opponents to draw extra tiles. An aptly named “Tough Tile” can only be played on locations that say “Play Any Tile Here” and are best gotten rid of by directing play to an instruction spot such as “All Players Pass Two Tiles Left”. 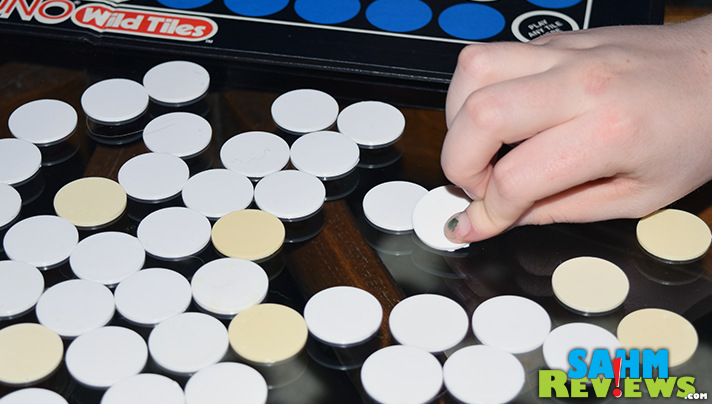 Speaking of instruction spots, the advertised strategy comes into play by efficiently utilizing these special spots on the board. Some let you take extra turns, others have you passing tiles as previously mentioned while one even lets you trade your entire tray of tiles with another player! You can also direct the play to create a dead end where no legal tile can be played. In this situation, that person must draw FIVE new tiles and pass their turn. The next player then begins on any unoccupied “Play Any Tile Here” spot. 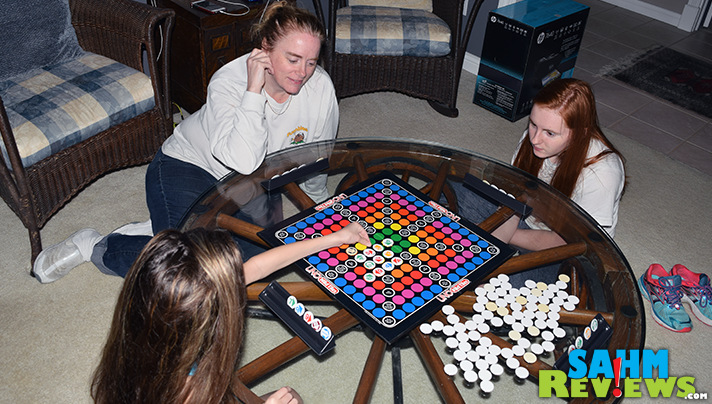 When any player plays his second-to-last tile, they must call out “UNO” to warn everyone that they are about to go out. When that last tile is played, points are scored with everyone receiving points for any tiles left in their rack. Number tiles receive their face value, wilds and tough tiles are worth 50 points with the rest of the word tiles counting for 20 points each. After a few rounds, once a player has 500 points the game ends with the player with the lowest total winning UNO Wild Tiles. 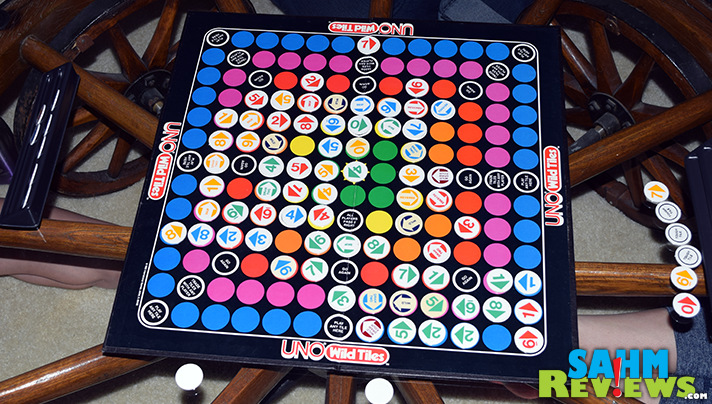 We found UNO Wild Tiles to be a very interesting variation on our family favorite, UNO. It is actually a solid attempt at converting the UNO card game into a standard abstract board game. But nothing beats the classic game, so while this one will get played a couple more times, it is still much easier to pull out cards than setting up a game with over 100 tiny plastic tiles.

You’ll find copies of UNO Wild Tiles on eBay for very affordable prices, usually under $10 shipped! Of course, keep an eye on your local thrift stores, but be sure to take inventory before you buy. With so many small tiles it is certainly easy for someone to lose a couple. And I imagine it isn’t very cost-efficient to replace.

Was UNO a family favorite in your household?