There have been several games which we have enjoyed finding variations created to capitalize on the success of the original. Scrabble probably spawned the most as we’ve found Scrabble Up, Scrabble Overturn, Scrabble Word Rummy and more. UNO comes in for a close second place with UNO Dominos, UNO Madness, UNO Wild Tiles and UNO Spin being just a few we grabbed at a discount at our local thrift stores.

Another game theme we’ve seen a couple alternate versions being offered for is Battleship. Battleship Command and Battleship Express turned out to be enjoyable once we made sure all the pieces were present. The same can’t be said for this week’s Goodwill find, Battleship: Torpedo Attack. 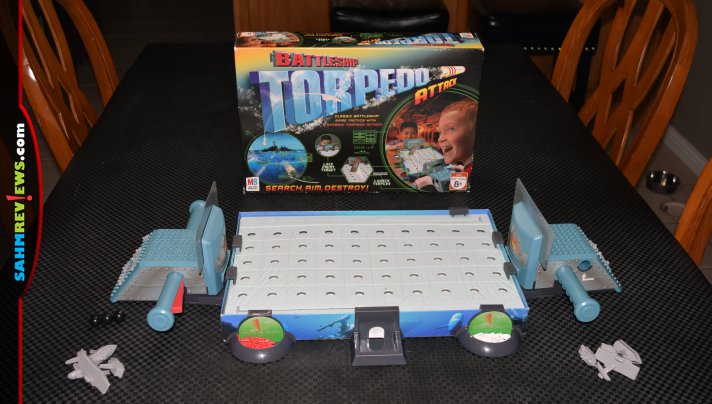 Maybe game designers weren’t as serious back in 2007 when this first came out. Battleship: Torpedo Attack is nothing more than the original game with one additional rule. One that can frustrate someone with poor eyesight or hand/eye coordination. 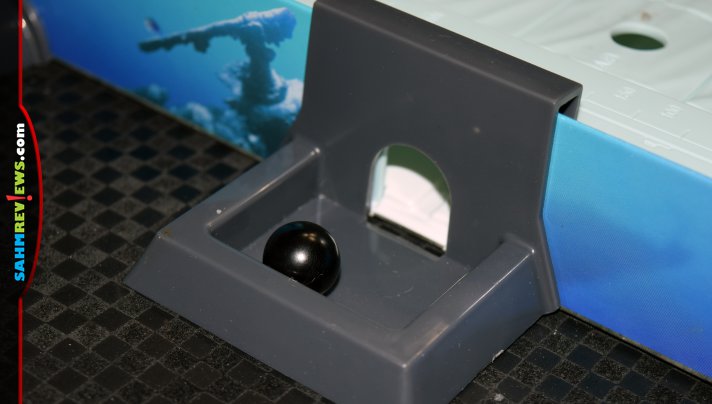 What Torpedo Attack does have going for it is the design. The board nests inside of the game box, cleverly utilizing a hole in one of the sides to help return the sure-to-be-lost balls. Trays for holding the red and white pegs attach to the side of the board, as do both torpedo launchers (one for each player). 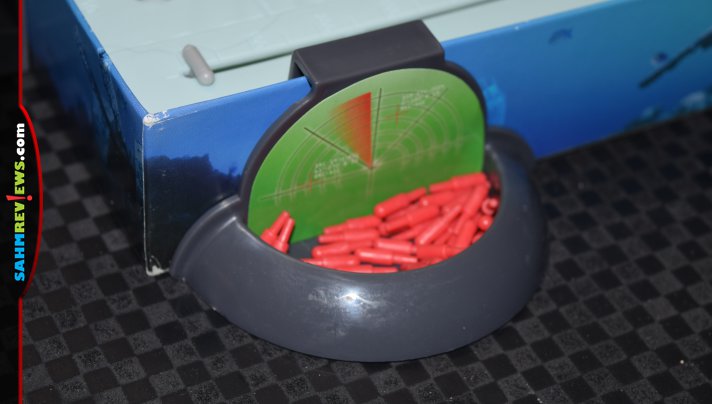 The launchers feature a miniaturized playing area of the one found in the original Battleship. This Torpedo Attack version has you arranging your five ships on the part of the board facing you, ensuring your opponent cannot see it. The top of the torpedo launcher is used to track your guesses, just like the upright board in the classic version. 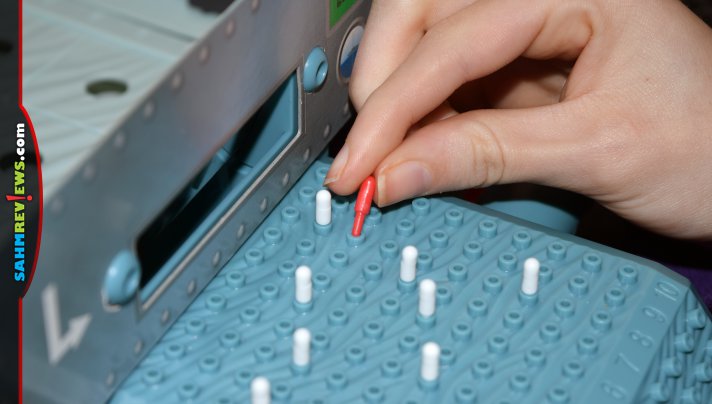 Most of the gameplay is exactly the same as in the original. On your turn you will take one guess as to the location of your opponent’s ship. If you miss, you mark your guess with a white peg on the top half of your torpedo launcher. If you hit, mark it with a red peg and your opponent will also mark their ship with a red peg in the space you called out. 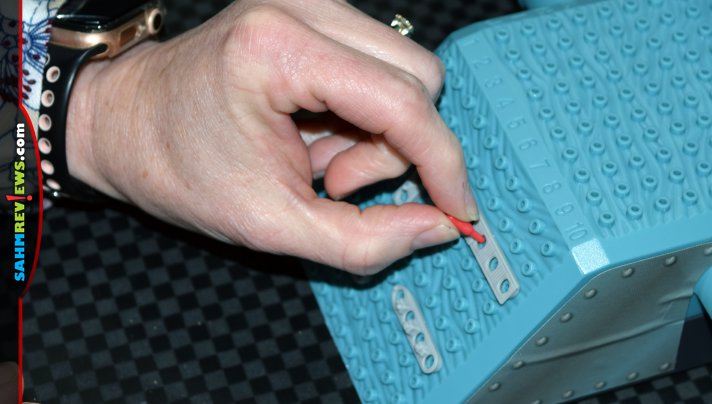 Players take turns guessing until the last coordinate of any target has been called out. In the original game of Battleship, this would mean you sunk their ship. Not so in Torpedo Attack. Now that a ship has been located, the owner of the vessel places a larger, matching ship on the main board using the last coordinate called out. 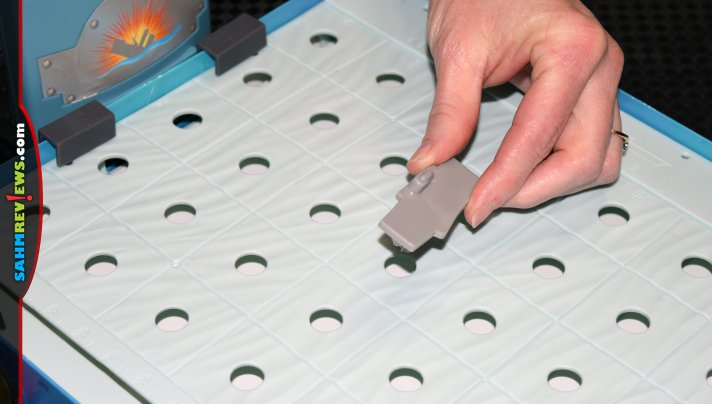 The torpedo launcher features a periscope the active player looks through. Using mirrors, you can now see underwater and the tip of the ship’s rod. Three black balls (torpedoes) are loaded into the launcher and you will shoot at the rod to try to sink their ship. If you miss with all three shots, the ship is removed from the board and the game continues with the other player calling out a coordinate. If you hit your opponent’s ship, collect it from the board and score points depending upon whether you hit it with your first, second or third attempt and varies based upon the ship size. The winner of Battleship: Torpedo Attack is the first player to reach 1000 points or to have the most points after all ships have been located and fired upon. 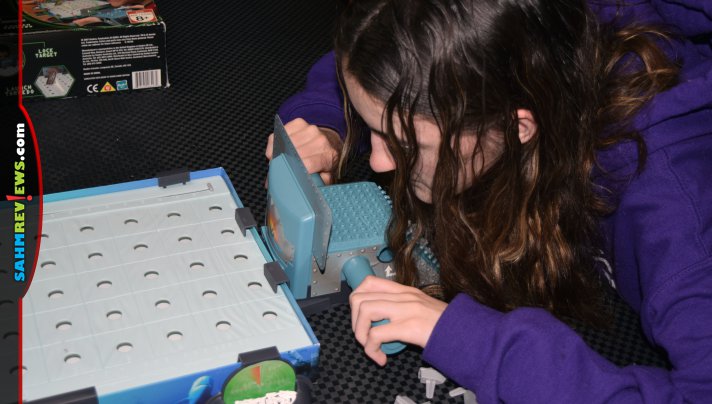 As you can see, Torpedo Attack is the exact same game as the original with the addition of a skill shot to sink the ship. If it were not for the well-designed board and launchers, this would be headed back to Goodwill since the original doesn’t take half as long to assemble.

Copies of Battleship: Torpedo Attack are affordable on eBay, usually under $20. If you find one at thrift or a yard sale, make sure ALL the components are present. There are dozens of small pieces that are quite easy to lose and would make the game unplayable if they were missing.

Do you prefer original versions or ones with some rule upgrades?