We used to find a lot of Scrabble games at thrift. They don’t usually sit there long as they are snapped up by clever crafters who use the letter tiles to make all kinds of cool things. When we go to a Goodwill outlet, there are always rogue tiles in the bottom of the bins. We collect them one by one and pay the price-per-pound to add them to our growing jar of replacement tiles.

Thanks to the success of Scrabble, there have been a number of variations offered over the years. We’ve highlighted quite a few of them, including Quip Qubes, Word Rummy and Crossword Cubes. All of these featured the Scrabble branding and were variations of the original. Recently we found a couple more Scrabble-themed games, breaking a drought that began right around the start of quarantine. The first one, Scrabble Overturn, was issued by a company I didn’t know ever offered board games – Coleco. You might recognize them from their successful video game system, ColecoVision, or their even more popular Cabbage Patch Kids. You’ll soon see why they stuck with toys and video games. 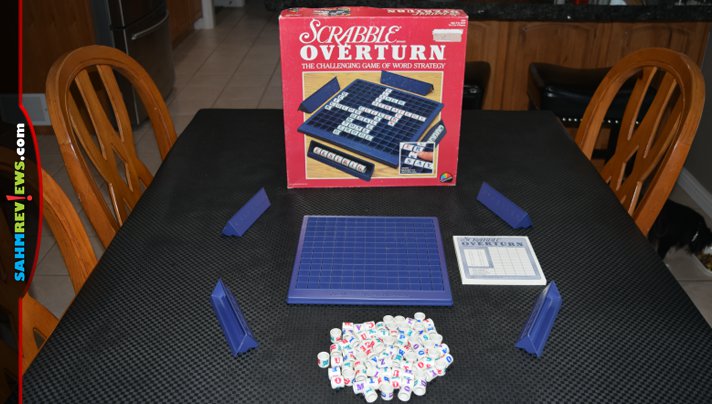 Scrabble Overturn is a variant of the original game of Scrabble. Instead of wooden tiles, plastic cylinders are included. Each one has a letter on it printed in four different player colors. Place the custom plastic board in the center of the play area and give each player a plastic ’tile’ holder. Everyone draws seven of the cylinders from the included plastic bag (an odd component choice, in my opinion). 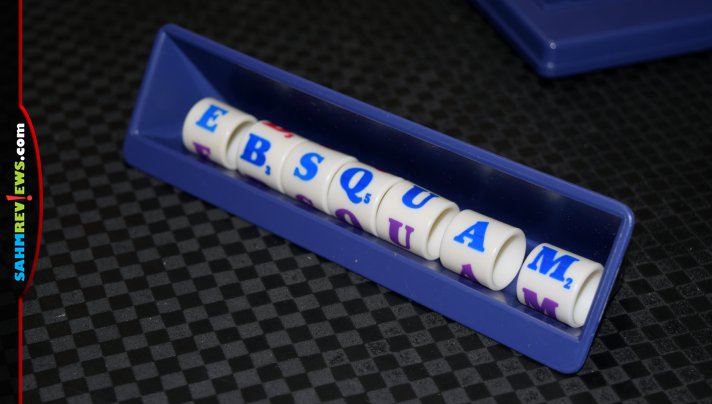 A turn in Scrabble Overturn is pretty much the same as in a regular game of Scrabble. Using your cylinders, create a valid word and place it on the board. It must connect in some manner with words already played (unless you’re the start player). The difference is you will make sure the cylinders you use have your player color facing up. Additionally, if you used letters from a previously-placed word, turn those letter tiles to your color. 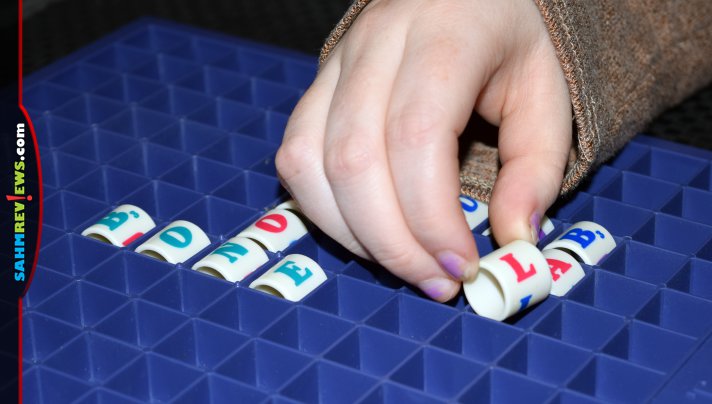 If your newly-placed word is worth a minimum of 12 points, you score it by writing the total on the included score sheet. Words worth less than twelve receive no points (yet). As in the original, if you manage to use all seven of your cylinders during one turn, you will receive a 25 point bonus! At the end of your turn, you’ll draw back up to seven tiles. 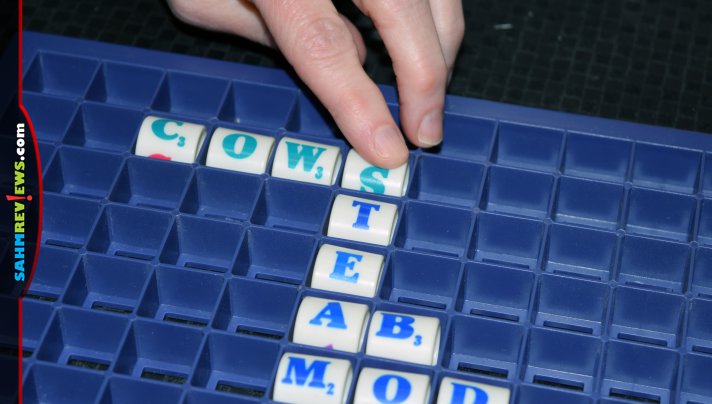 A game of Scrabble Overturn ends when the draw bag is empty and one person has played their last cylinder (or everyone agrees that no more plays can be made). Players add up the total letter value of all the words on the board that are exclusively in their own color. Any word that appears in more than one color may not be claimed. However, if a word that has been broken up by different colors contains a short word or words of a single color, those short words may be scored. As an example, if the word “Warning” was unclaimed, if “War” is all of one color, that word may be claimed by that player. 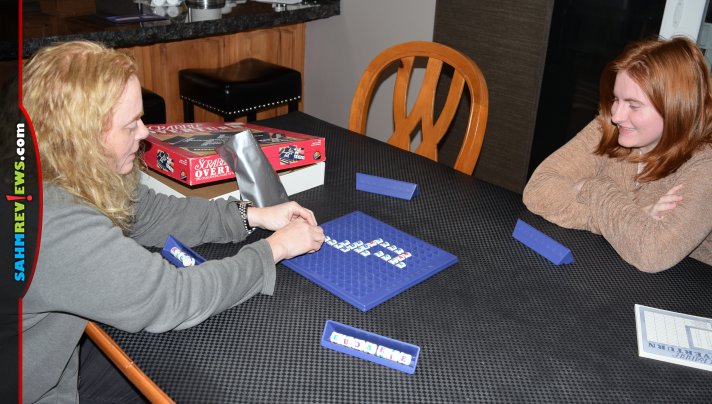 One additional new rule is implemented in Scrabble Overturn. You may add an “S” to a word to pluralize it, but only as part of another word or if it pluralizes two words at the same time. This prevents you from scoring a lot of points just by adding an “S” and flipping all the letters to your color. Additional rules for handicapping the game to account for players of different skill levels are included and suggest adjusting the threshold for word points being lowered from 12 for new players, or raised for more experienced participants. 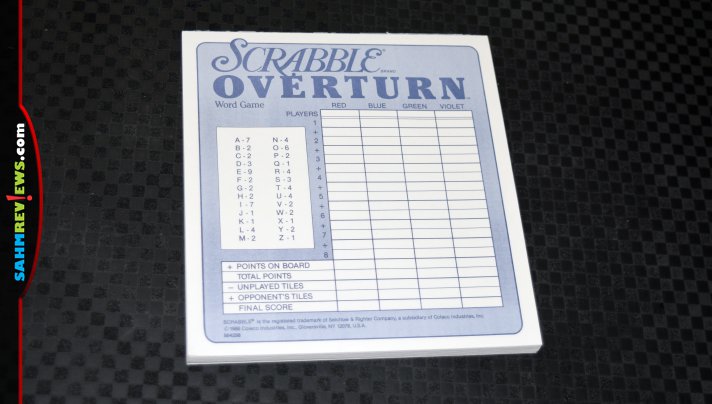 Originally published in 1989, you won’t find new copies of Scrabble Overturn at the stores. Watch for it at thrift, local yard sales or pick up a gently-used copy from eBay. Make sure all 80 cylinders are present! I neglected to do so before spending $1.88 on the game at Goodwill, so now I’m on the hunt for an extra “A” and an “E”!

Have you played any of the various Scrabble versions?