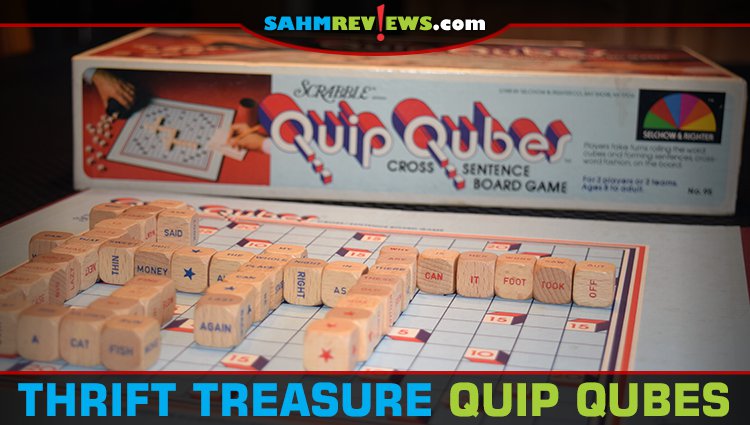 The fourth and final game we found on that lucky day in February is Quip Qubes. I thought I was familiar with all of the Scrabble brand games issued by Selchow & Righter in the 70’s and 80’s, but this one escaped me. It also happened to be the lowest-rated of the four games from that same purchase.

We’re no stranger to these Scrabble games, having purchased Crossword Cubes, Word Rummy and others. Those all used letters in some manner (cards, dice, etc.) and you would have to form words and score points depending upon its difficulty. Quip Qubes is different from those in that you begin with words (on dice) and use them for form complete sentences! 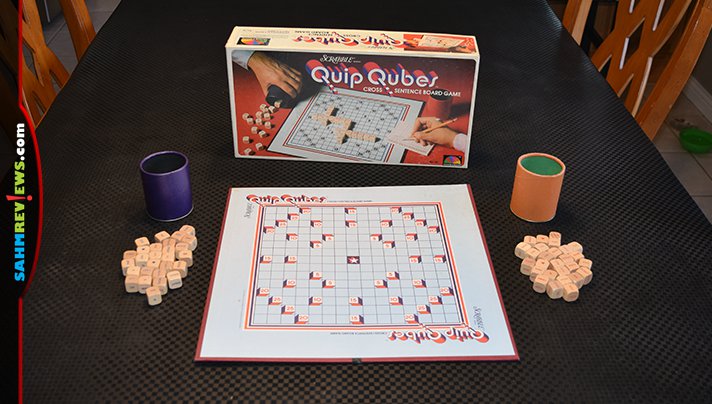 Quip Qubes is for only two players (or two teams) who each begin the game with 27 matching dice. One set of dice is marked in blue and the other in red to help with sorting. Otherwise, they are exactly identical. Each player also takes a dice tumbler matching the color of their dice. Our game was missing the red tumbler, but we fortunately had an adequate spare thanks to our trip to a Goodwill Outlet. 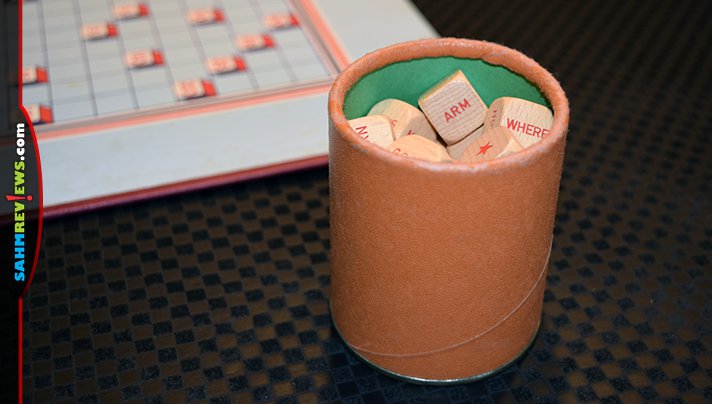 The Scrabble-like board is set in the center of the play area and whichever person/team is chosen to start begins by rolling all 27 of their dice. Using the words that appear on the tops of the dice, they will try to form a sentence. The dice are placed on the board in order, making sure to cover the starting star in the center (just like Scrabble). 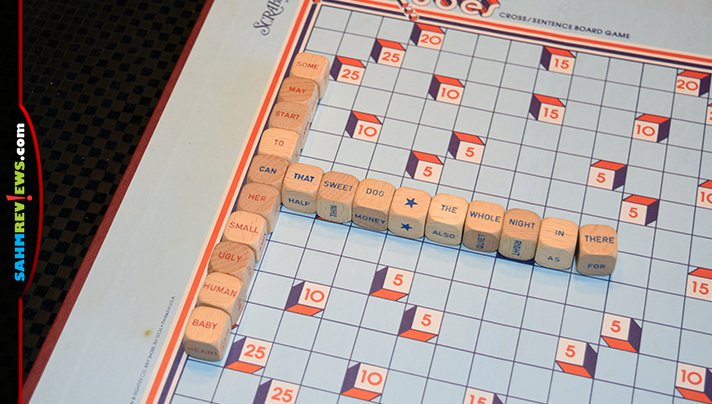 The next team then rolls their dice and does the same by adding on or crossing over the previous sentence. There is no limit to how many words you can use and validity is up to agreement of the players. Scoring is different also since all of the possible words are pretty common. For each sentence you complete, you take the number of dice in the phrase and square it. Four words/dice = 16pts. Five = 25pts. And so on. If you form multiple sentences by adding and crossing other ones, you will score for all of them. Bonus squares award additional points which are added when first covered. 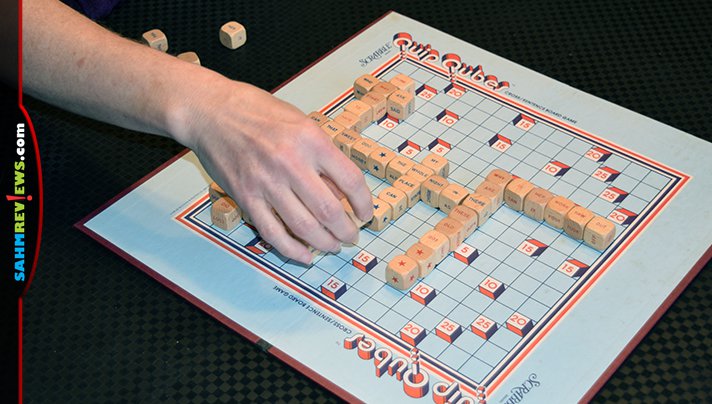 On subsequent turns, each player rerolls all of the dice they have remaining until either one player uses all of their cubes (three bonus points) or each side has taken a total of ten turns each. The player with the highest total score is the winner of Quip Qubes! 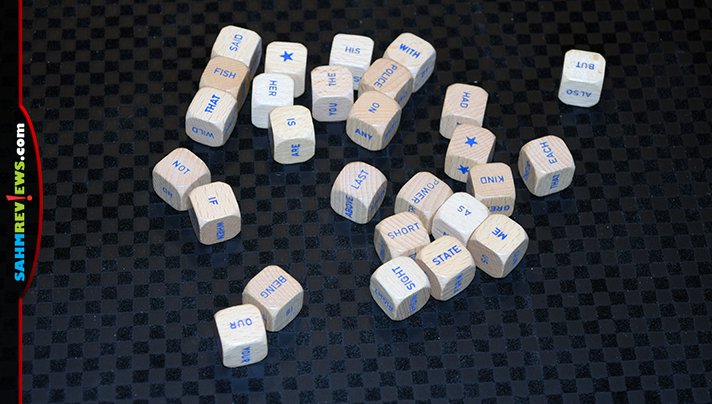 The consensus in the BGG forums is the same we experienced. With no guidelines as to what a proper sentence is, we found ourselves creating run-on and fragmented examples. Some even sounded more like poems than proper English! There really should be a sentence length limit and a timer to prevent someone from constantly rearranging to make the longest sentence they can. It only set us back 88 cents, so on the bright side we ended up with 54 dice we can use to make another game!

Since Quip Qubes was originally published in 1981, you won’t find new copies on Amazon at all. There are plenty of inexpensive examples on eBay if you really need to have one in your collection. If you do, I highly recommend incorporating some house rules to make the experience a little more balanced!

Can you recommend a better sentence-making game?