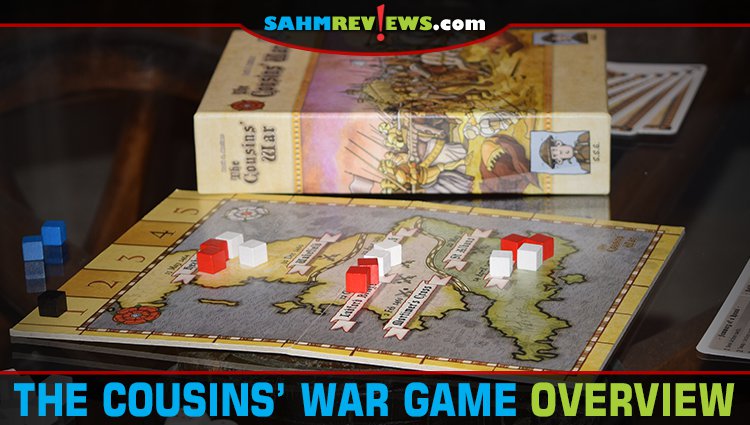 In high school, I was never much of a fan of history class because it was all memorization. I had no connection to any of the subjects we were covering and it was just another thing I had to read. That changed as I got older and began doing some research on our family tree. I found connections to American wars from two centuries, tales of accidental deaths and the establishment of Methodist churches along the east coast. This new-found connection made me want to learn more about our country’s past. Accordingly, we play games with factual historic themes like 1754: Conquest and 1812: The Invasion of Canada.

Thanks to a birthday gift of the most recent version of Family Tree Maker, we have begun adding to our work from a couple decades ago. The amount of good, accurate information available online is overwhelming compared to when we were researching in the late 90’s. Branches of our trees that were at dead-ends have been connected to family overseas. This opened up a word of relatives that were Knight, Lords, Kings and more. Our connection to the United Kingdom was stronger than expected and existed on a side that we thought was mostly from France. It turns out the majority hailed from England or Scotland! And because there were connections to royalty, including deaths in castles and major battles, I had a new-found interest in European history that I never thought I would care about.

Obviously I had to find a game that covered the historical events of that era. The Cousins’ War by Flying Lemur Game Studio is a 2-player tribute to the war between the Houses of York and Lancaster, better known as The War of the Roses. This quick 30-minute game has each player representing one of the houses fighting to gain influence in central England.

Even though it arrives in a small box, The Cousins’ War is surprisingly strategic and is more like playing classic games in one (Risk & Liar’s Dice). Setting up the game is as easy as laying out the foldable board, putting one of each colored cube in each of the three regions of the map, giving each person two of the cubes of their color along with three matching dice (the rest go into a public supply) and shuffling the deck of cards and dealing out six to each player. 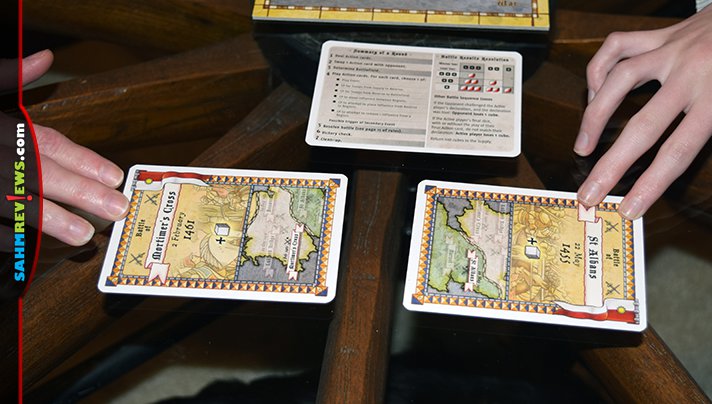 The Cousins’ War is played over five identical rounds which are broken up into three unique stages. After looking at the six cards dealt to you, pick one of the cards to give to your opponent, who will be doing the same. Each person then selects one of the battle cards in their hand and lays it face down in front of them. After revealing them at the same time, only the battle with the earliest date will be used, with the other one being sent to the discard pile. This is the area you will fight for during this round. The card will allow one or both players to begin the battle with troops in place, which will be gained from either their personal reserve or the general supply. 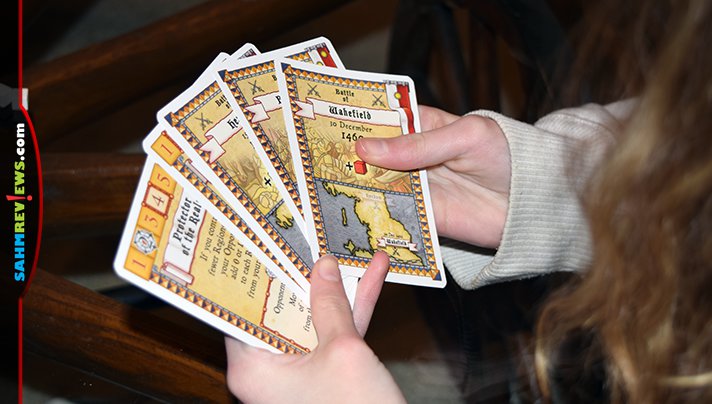 There are now five cards remaining in your hand and players will take turns playing one of them until each person only has one card left. When playing a card, they can be utilized in different ways. All cards have a number of Command Points listed in the upper right corner. If you choose to use the points, these can be spent for a number of different actions. 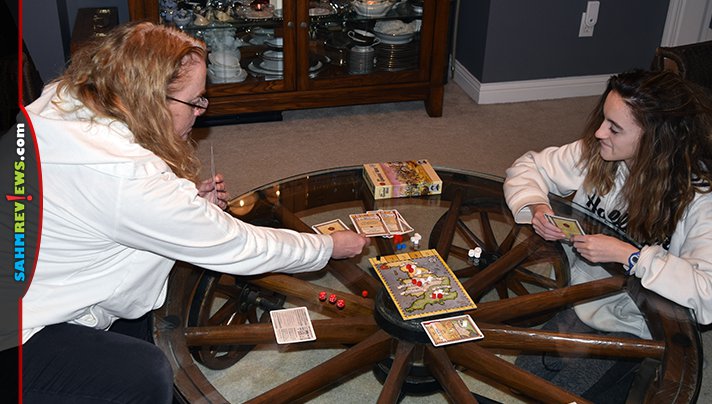 You can elect to move troops from the general supply into your personal reserve equal to the number of points depicted. You could also move troops into a region on the board from adjacent regions. You can attempt to add new troops from your reserve to the board by adding a cube to a region and rolling one die. If your result is greater than the number of cubes in the region you’re working on, then the new troop stays there. If your roll is equal to the number there, the cube returns to your reserve. Roll a number lower than the number of troops you have and it gets sent back to the general supply! 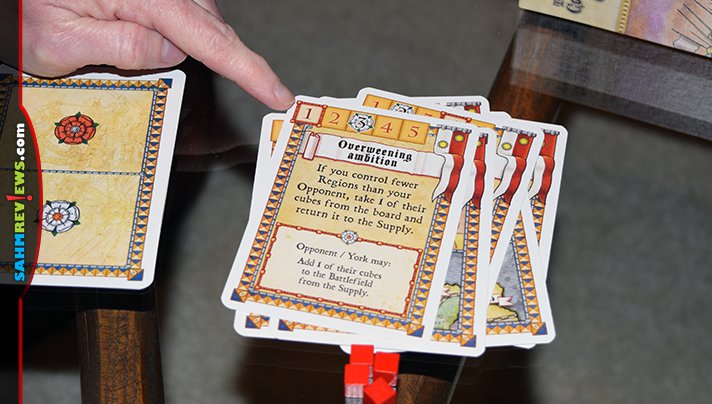 If you have played an Event card that has text on it (as opposed to a battle), you may elect to resolve the event instead of spending the Command Points. These may allow you to add cubes directly to the board, the battlefield or even recruit French troops to assist you! No matter if you spend Command Points or resolved a printed event, if the top of the card has a square box around the round number you are currently in, or depicts the rose color of your opponent, they will get to optionally take the secondary action printed on the bottom of the card. 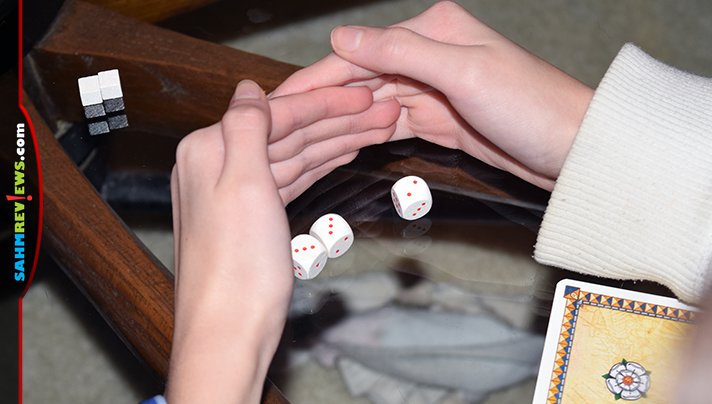 Once all four cards have been played by each player, it is time to resolve the battle. As long as each person still has cubes on the card, the battle continues until one person is eliminated. This is where the Liar’s Dice similarities will become evident. The player who has the greater influence in the region in which the battle is taking place goes first by rolling all three of their dice secretly. They will then declare the roll’s result, either honestly or by bluffing. It is up to the opponent to decide whether or not they believe them! 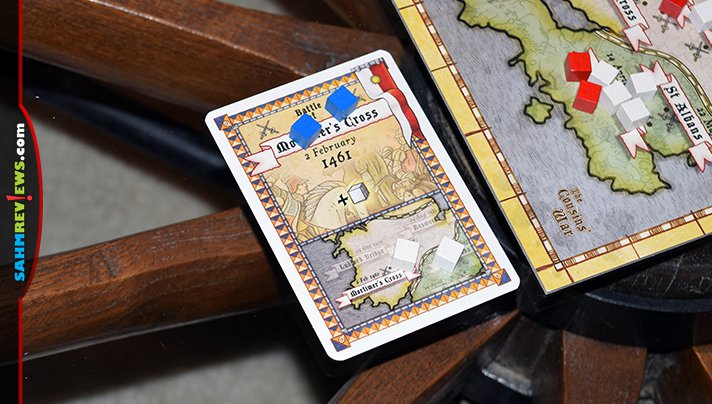 If the dice are challenged, they are revealed to see if the original player was bluffing. If caught, that person loses a cube from the battlefield to the supply. If they were being honest, the challenging player loses one. Either player, with their last card, may spend the Command Points to alter the values of their dice one pip in either direction for as many dice as pips depicted on the card. With only one card, this occurs only one time per person for this battle, so if there are a lot of troops, later rolls will be what-you-roll-is-what-you-get. Depending on the final roll results and how overwhelming the defeat, the losing player will remove one, two or three cubes from the battlefield. Once there is only one player remaining, they move their troops to the same or an adjacent region on the board, keeping as many in their reserve if they wish. 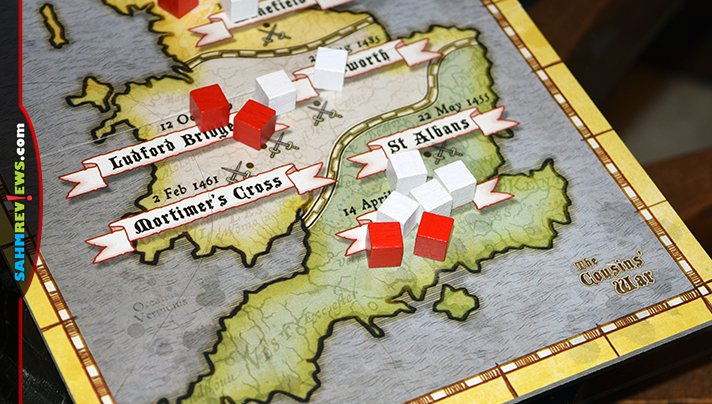 With the round over, the board is checked to see if anyone has won. Winning The Cousins’ War requires one player to have majority control over all three regions. If a player does, the game ends immediately. If not, the cards are reshuffled and another round is played in the exact same manner. After five rounds if no one has managed to control all three regions, the player with a majority of regions is declared the winner of The Cousins’ War. If still tied, the person who won the most battles wins!

An included expansion offers variety once you’ve become proficient at the base game. Each round you will draw a Times of Change card which introduces a rule-breaking event active for the current round. After each round, this card is discarded and a new one drawn and read aloud.

When most war games take hours to play, The Cousins’ War is a refreshing change at under 30 minutes. If you’re in the market for a solid 2-player strategy and deception game, pick up a copy direct from Flying Lemur Game Studios on their website or ask for it at your favorite local game store. We’ve heard rumors of a big announcement coming later this year from Flying Lemur, so make sure you are following them on Twitter and Facebook so you don’t miss it!

Have you found any European connections in your family tree?