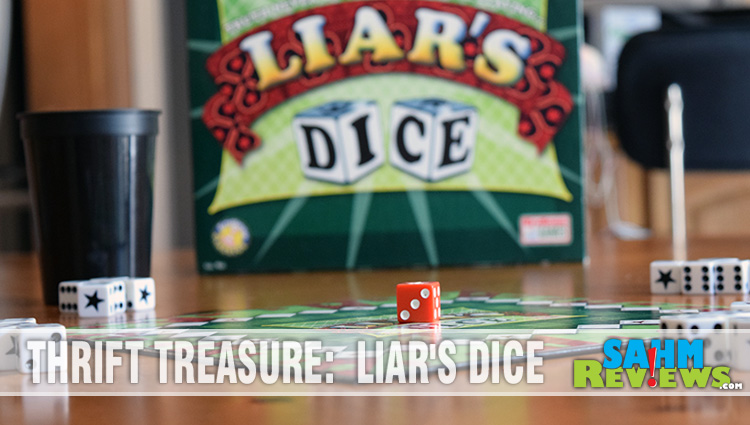 Like most parents, we try to raise our kids to tell the truth. At times we have had to explain what is meant by a “little white lie”. But what if I told you we were now instructing them to be completely deceptive without any consequence? Calm down, we’re just teaching them how to play our latest Thrift Treasure, Liar’s Dice. 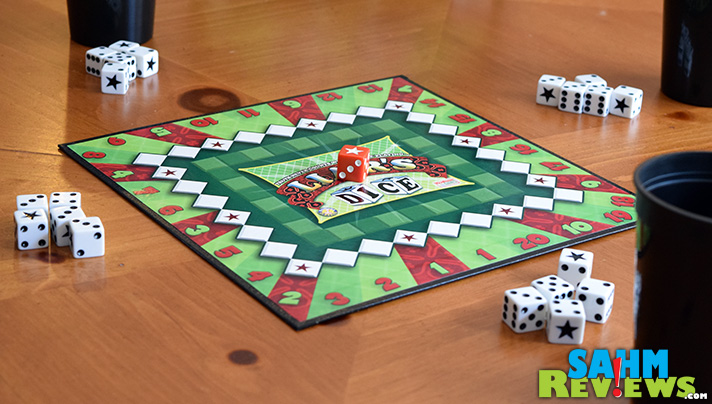 According to Wikipedia, Liar’s Dice has its roots in South America with a number of similar games like Dudo, Cachito or Perudo. There have also been many, many versions of Liar’s Dice issued in retail form here in the United States, but I’m going to concentrate on this copy issued in 2002 by Endless Games. 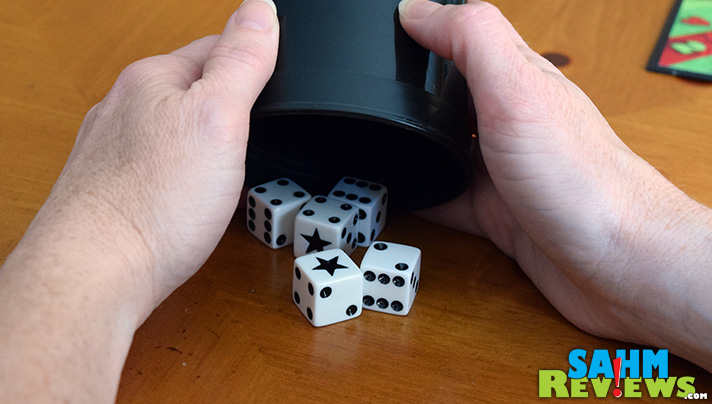 Every player receives five white dice numbered 2 through 6 with a star in the spot where a one would normally be along with a cup to roll them with. At the beginning of each round, everyone rolls all of their dice and keeps the cup over them to hide the results. 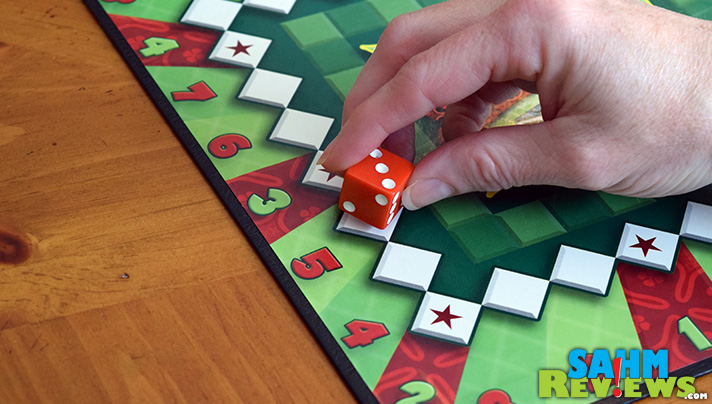 Players then take turns ‘bidding’ on what they think everyone’s dice will yield. In the above photo, the first bidder bid “five 3’s” by placing the sole red die on the five spot and turning it to the 3 side. The next player must either increase the bid (five 4’s or higher) or challenge the bid. 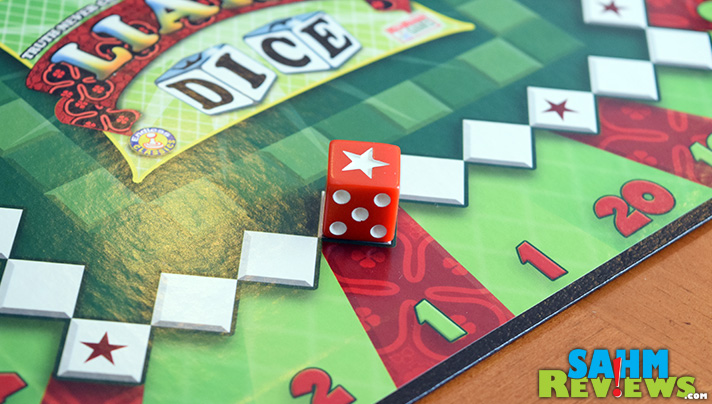 The stars on the dice serve two purposes. They are either counted as wild for any number, or bid on their own. In this case the bidder thinks there is at least one wild star among the results. Each bid must be higher than the previous according to the placement on the board (clockwise). 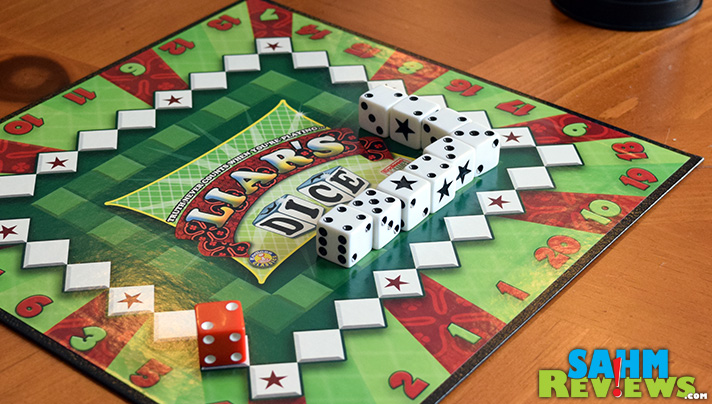 At some point the bidding will get high enough that no one wants to increase it, so a challenge is issued. As an example, if the final bid was seven 4’s and there are more than seven 4’s and wilds, the bidder wins. The person who challenged then loses dice to the center of the board (above) in an amount equal to how many over seven there actually were. If they were very unlucky and there were actually twelve or more, they would be out of the game in the first round.

Conversely, if there are not seven, the bidder loses and also loses dice equal to the amount they overbid. Losing dice makes the game more difficult since you can only see your roll results, giving you less information to bid with. If there had been EXACTLY seven 4’s in the reveal, all other players would lose one dice to reward the bidder for a perfect roll.

Endless Games’ version of Liar’s Dice has an additional rule that isn’t found in other issues. On any turn that you bid or raise, you are allowed to take at least one die out from under your cup and let everyone see it. You can then re-roll any you have left under your cup. The shown dice must stay out and cannot be rerolled, and now everyone has a little information about what you have. But the addition of this optional rule did make the game that much more unpredictable and allowed a player to recover from a bad first roll. We’ll be keeping that rule in play.

The last player to remain after all other players have lost their dice wins the game. The rules actually encourage bluffing, foul play and outright lying when you make your bids in an attempt to get other players to think you have something that you don’t. And based upon the end score, I can say my girls were naturals at it…

You’ll find many versions of this classic game on Amazon and eBay, but if you would prefer this version by Endless Games (as we did), keep an eye out at your local thrift stores and yard sales. Regardless of which version you do find, it is well worth having it in your collection.