It’s that time of year: Lent. I don’t talk about religion here, but that doesn’t mean I won’t talk about fish. Let’s be honest here… I just like having a reason to talk about sushi. Sushi-themed games, making sushi at home and even kid-friendly sushi. Why not parlay a religious holiday into another way to bring up the conversation. I clearly have no shame.

But this time around we’re in the pre-sushi stage, AKA fishing! In Tonari from IDW Games, you take on the role of a fisherman right after a storm swept all the village’s vessels away. Everyone has to share the one boat that remained. You’ll be able to steer the boat and collect one fish, but then the next fisherman does the same. The player who is best able to showcase their angler talents is deemed the winner and sells their catch to the local fish market for tonight’s sushi dinner. Okay… that last part might not be in the rule book. 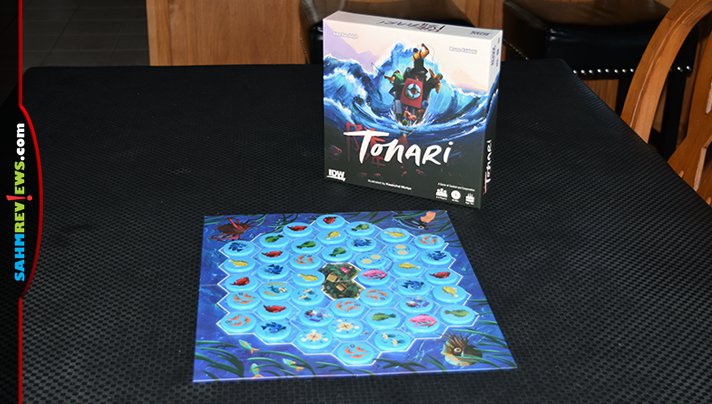 You have to love when a game is simple to set up. That’s the case with Tonari. Set the board in the center of the table, dump all the tiles into the box lid then (without looking) fish them out and place them face up in the spaces on the board. Make a point of following a pattern to ensure you’re impartial and consistent. Select who will go first then hand the boat to the person on the right of the starting player. That person will place the boat in one of the two island spaces. 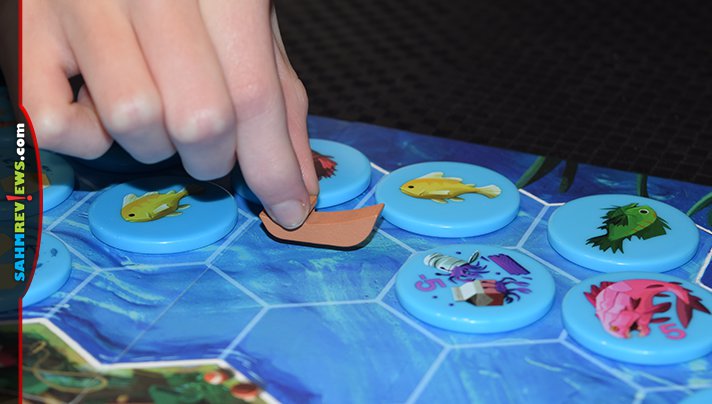 On your turn, you’ll take charge of the rudder and steer the boat into an adjacent space on the board. You’ll collect the tile from the space where you land. If it’s an action tile, you implement it immediately. Anything else goes into your personal stack of fish. Players take turns doing this until there is no longer a valid movement. 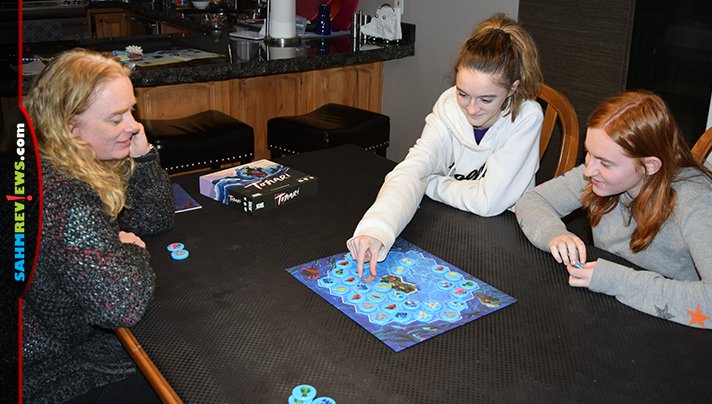 Tonari is essentially about set collection, but it’s unique from other games of the same style. Unlike Sushi Roll Dice Game (See, I’ll take advantage of any opportunity to talk about sushi.) where you’re focusing on what you’ve personally been able to attain, your Tonari score consists of the total between your final score and the one of the player to your left. This gives players a strong incentive not to send the fishing boat out into the open sea! 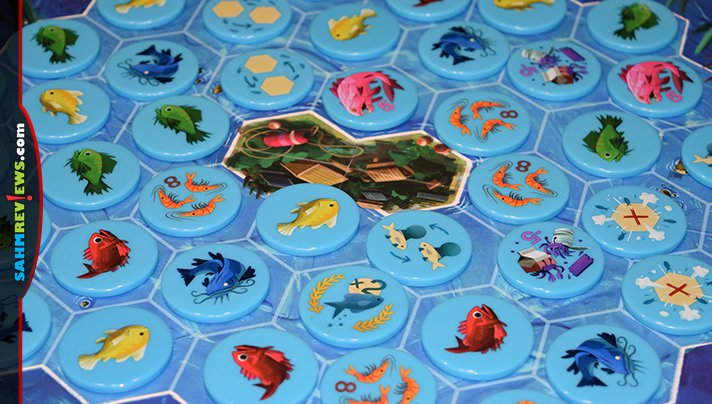 Red, blue, green and yellow fish all score based on the quantity you manage to catch of each individual type. The more you’re able to specialize on a particular type, the more you’ll earn! As an example, collecting two earns you three points, but reeling in six will net you 21! Orange fish are unique as you’ll only earn points if you’ve caught more than the other fishermen. That person will earn eight points for the whole lot. Purple tokens represent a mix of inedible fish and trash. If you end up with these in your pile then you’ll lose five points for each! Finally, there are pink fish which bring in five points each. However, they’re pretty finicky in that they don’t like turbulence in the water. The only way to land on one is to move the boat from two spaces away with the one in-between being empty. 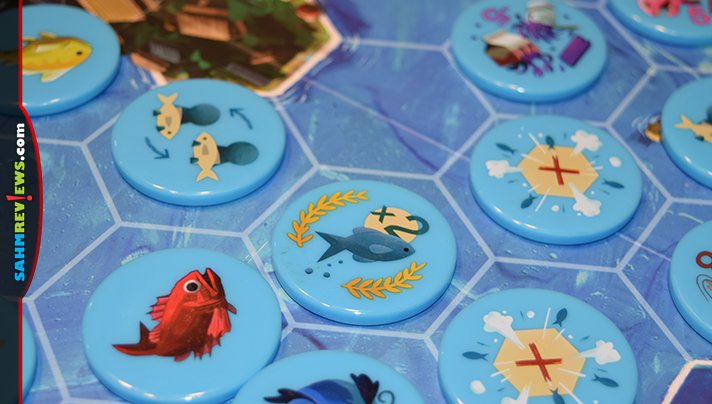 Of course, these are the most skilled fishermen in the area. Some tokens offer opportunities for you to showcase your skills. You may be able to scare off fish (remove a tile), chum the water to move the fish on the board (swap two tiles) or take advantage of rough water that cause the piles of fish to slide into one another (swap one of your fish with another fisherman’s). The last skill token rewards a fisherman who knows which fish are in season and at their prime. When you grab this tile, you’ll immediately place it next to a stack of existing red, blue, yellow or green fish already in your collection and that entire stack will be worth double during the end of game scoring! 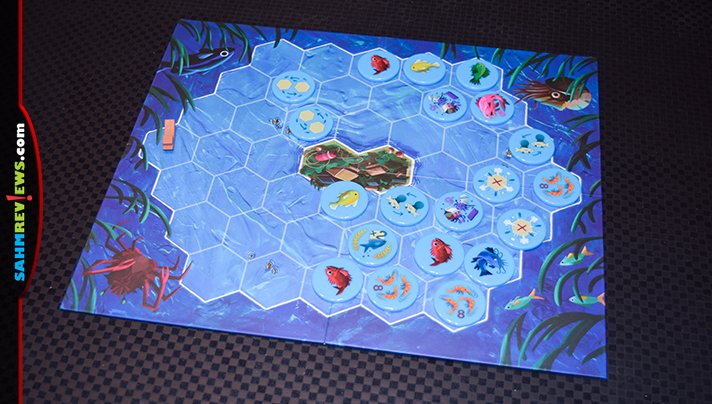 Once the boat reaches a point where there are no longer any tiles within reach, the game ends and scoring begins. Calculate your scores for the different types of fish then deduct the inedible ones. Give your total to the person on your right and collect the total from the fisherman on your left. Whomever has the highest combined total earns the title of best fisherman!

You can expect a fishing expedition to last less than half an hour and fishermen as young as eight or so can easily join. Hook a copy of Tonari on Amazon (or at your local game store) and serve it up at your next game night. Put your sonar to work on Facebook and Twitter to find out what IDW Games is working on.

What’s your favorite kind of fish?