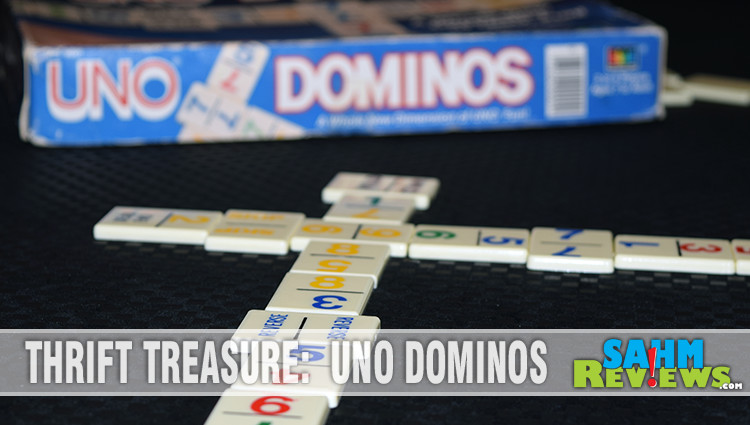 Can you stomach another UNO game in your collection? We have by finding a copy of UNO Dominos at our local Goodwill last week. Another in a long line of games developed under the UNO brand, this one is a bit more unique in that it doesn’t use cards at all. All the pieces are dominoes! 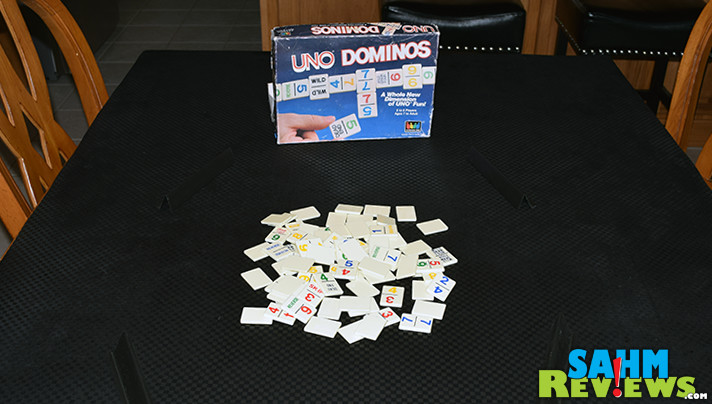 It’s an interesting concept. Take a well-known card game and convert the pieces into another game type without changing the rules much. That’s exactly what has happened in UNO Dominos! The basics of the game remain the same (match color or number to play, first to get rid of all their dominoes wins the round). By utilizing a domino layout, it gives the players more chances to match, thus the rounds are quite a bit shorter. 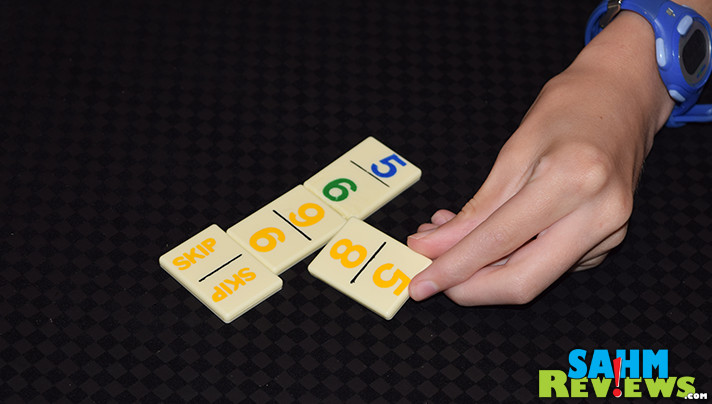 Each player begins the game with six dominoes and the person with the highest valued doublet begins the game by placing the tile in the center of the play area. Following players must then match either the color or the number of the tile. In regular UNO the next player would then have to match this recently played card. Because the tiles in UNO Dominos are double-sided, the new number to match is on the opposite side of the tile. And you can still match the strings on the other parts of the board if the new one doesn’t work for you. 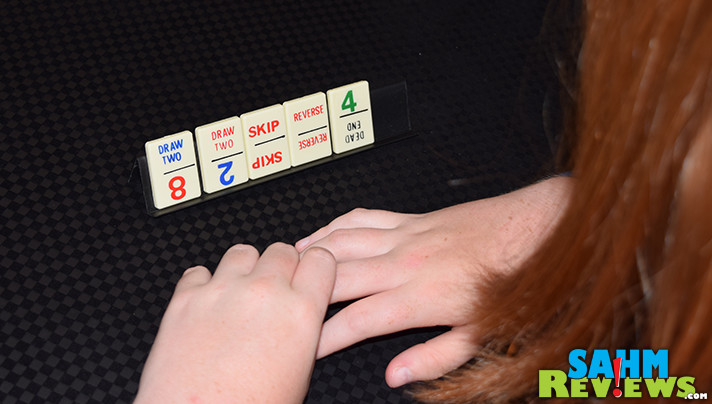 Any UNO game wouldn’t be complete without the special tiles (cards). All the favorites are still there with the same rules – Draw 2, Reverse, Skip, Wild and Wild Draw Four. UNO Dominos also introduces a completely new tile, the Dead End! This special tile caps off a string, making it unplayable for the rest of the round! And if all four strings have the Dead End tile played on them, a special situation called a “Dead End Game” occurs! 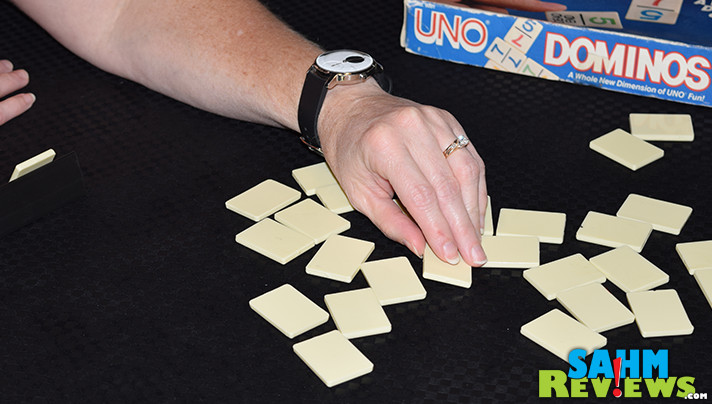 If this happens, all players have the option to play a brand new doublet tile at the end of any Dead End string. This continues the round unimpeded. However, if no one wishes to (or can’t), then the round ends immediately with the person having played the last Dead End tile being considered the round winner. Tiles in their reserve are not counted against them (as is normally done).

Round points are awarded to the player who went out, either by calling “UNO” when they’re down to one and then playing it successfully or through the special Dead End Game event. Tiles still in opponent’s racks are totaled with regular tiles being worth their face value (on both sides) and special tiles being valued from 10 to 25 points each. The first player to accumulate 500 points or more over multiple rounds wins UNO Dominos! 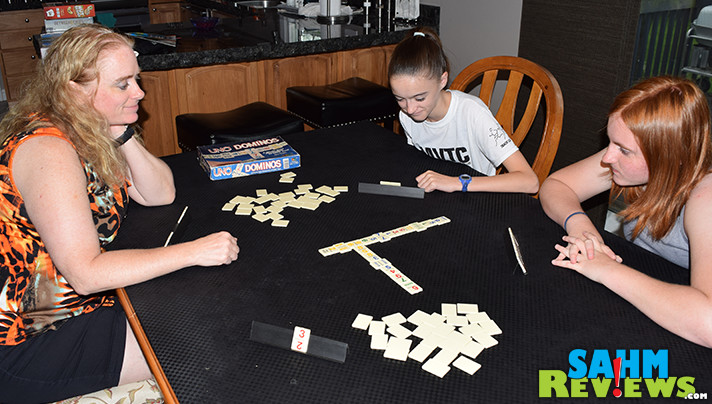 UNO Dominos might actually be a better version of UNO than the classic itself! Being able to easily see what has already been played and having multiple options to play on makes it much easier to learn and enjoy. Because the components are much sturdier than a deck of cards, it is no surprise that there are many copies on eBay that have survived since its original release in the late 80’s.

Have you ever played UNO Dominos?