The more we look, the more game variations of classic UNO we find. And not just card games with alternate rules. Some are Jenga-like (UNO Stacko), some utilize a traditional board (UNO Wild Tiles) while others make your head spin (UNO Spin). This week’s thrift treasure is another in a long line of UNO-themed games, this time taking a small cue from Perfection with a board that pops up. 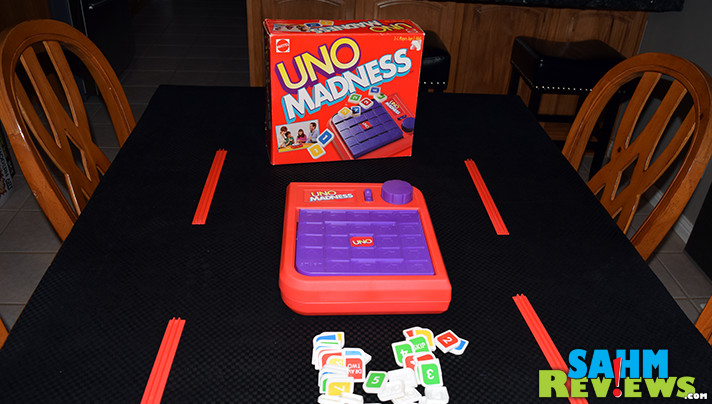 UNO Madness was published by Mattel in 1995 and takes the classic card game into the land of tiles. Included in the box are 43 UNO Madness tiles, 4 tile racks and the self-powered game unit. Each player begins the game with five tiles and stands them in their rack so that no other players may see what they have. 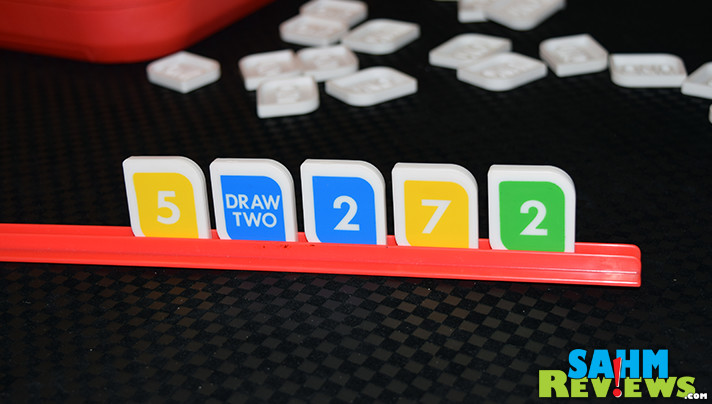 One random numbered tile is placed in the center of the board and the youngest player takes the first turn. If you’ve ever played a round of UNO, you already have the basic understanding of how UNO Madness is played. You are trying to get rid of all the tiles in your rack by matching either the color, number or action to the previously-played tile. 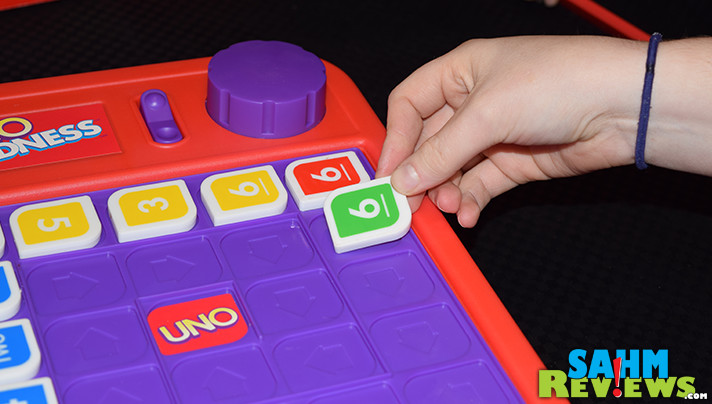 But in UNO Madness there is a twist – and that is in the form of a timer. The game unit has a timer that is wound by turning the knob clockwise as far as it will go. The board is pressed down until locked in place and when the first player takes their turn, the timer is turned on. There are molded arrows in the game unit that dictates the direction of tile-laying. Pay close attention to them as it is easy to get confused about which tile you are trying to match since they progress in a clockwise manner. 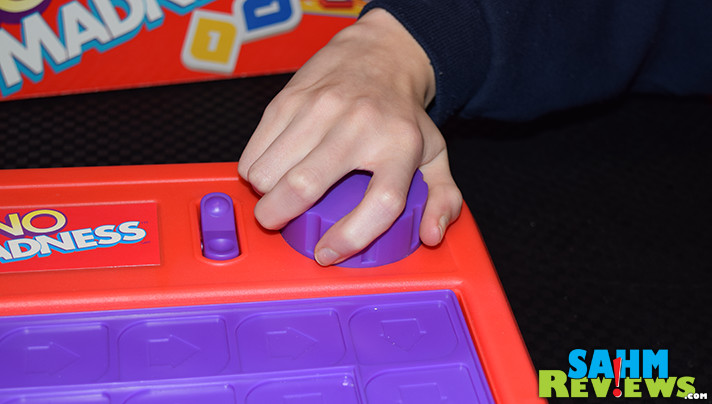 After each player either places a tile or draws when they cannot place, they announce “Madness” to signify the end of their turn. This also notifies the next player that their turn has begun. This is important because you do not want the board to pop up on your turn if the timer runs out. If it does, you must select four tiles from the playboard and put them in your rack. The rest of the tiles are cleared from the board and the timer is reset, with play continuing with the next player. 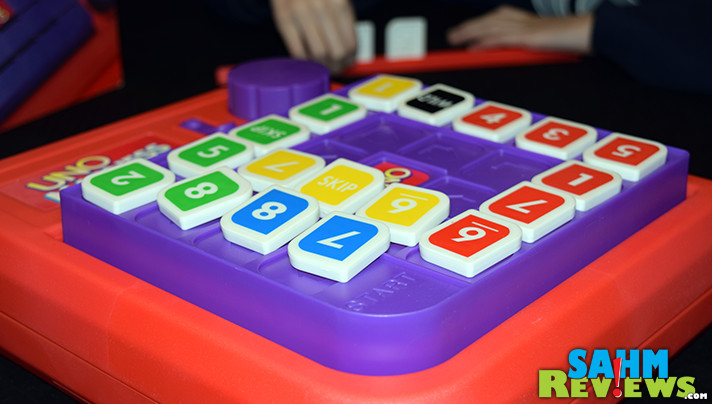 A round officially ends when either a player plays all of the files in their rack or the last space on the playboard is filled in without the timer running out. In either case, that last player (the one who played their last tile or who filled the last spot on the board) is considered the round’s winner and score points based on the tiles still held by their opponents. Number tiles are worth their face value. Reverse, Skip & Draw 2 are 20 points each while Wild and Wild Draw 4 are 50 points! 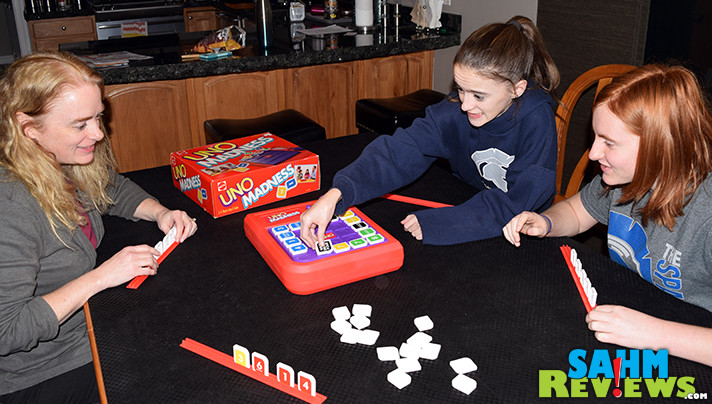 UNO Madness is played over multiple rounds until one player exceeds a total of 500 points or whatever point goal is agreed upon at the beginning of the game. This version is an interesting take on classic UNO and the addition of a timer all but guarantees that each game will move quickly. It is not currently published by Mattel and new copies on Amazon are wildly overpriced. Your best bet is to either scour your local thrift stores for a copy or check out eBay, where you can find quite a few copies offered for sale at under $10.

Have you ever played this version of UNO?