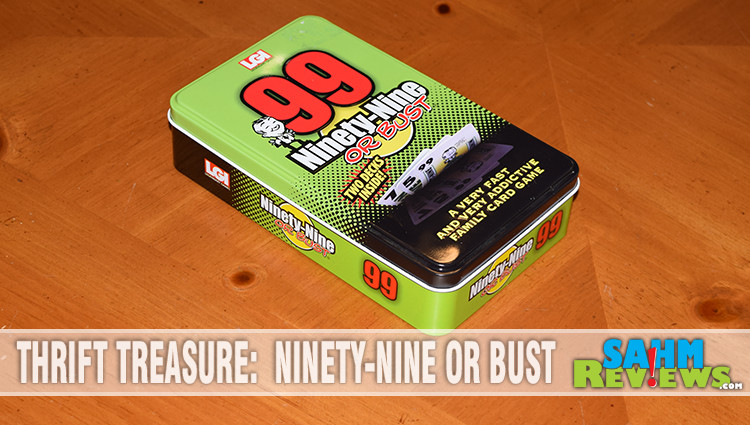 There are a few key things I look for when shopping for a game at thrift. I glaze over all the Scene Its and Trivial Pursuits and start looking for boxes I don’t recognize. Even when looking for used items, packaging does matter. Oddly-shaped boxes catch me eye, as do certain colors and designs. One type I always grab and check are any that come in a metal box. They’re usually a deluxe version or an indicator that the publisher didn’t skimp on quality. This week’s thrift treasure also came in a tin container – Ninety-Nine or Bust by Legendary Games.

What I didn’t realize is that we technically already owned this game! And wrote about it here on SahmReviews! It turns out that Ninety-Nine or Bust is actually a re-named version of the classic O’NO 99 by the same makers of UNO, with only a few minor rule changes. 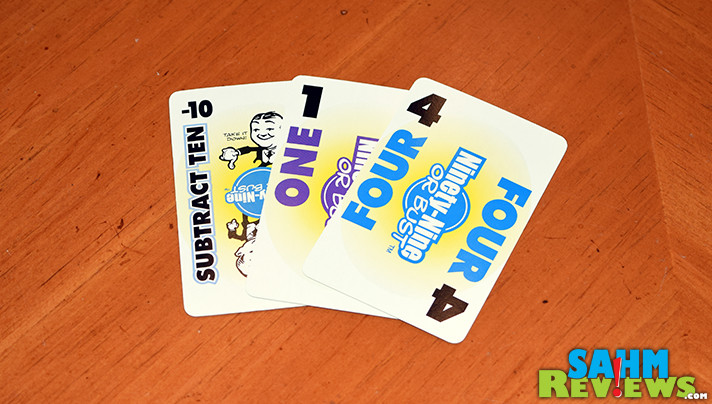 And that isn’t necessarily a bad thing, as there’s good reason O’NO 99 was so popular back in the 80’s. It’s a card game that supports up to eight players with a custom 54-card deck. Players take turns playing a card and adding its value to the previous total, trying not to be the person to make the total exceed ninety-nine. 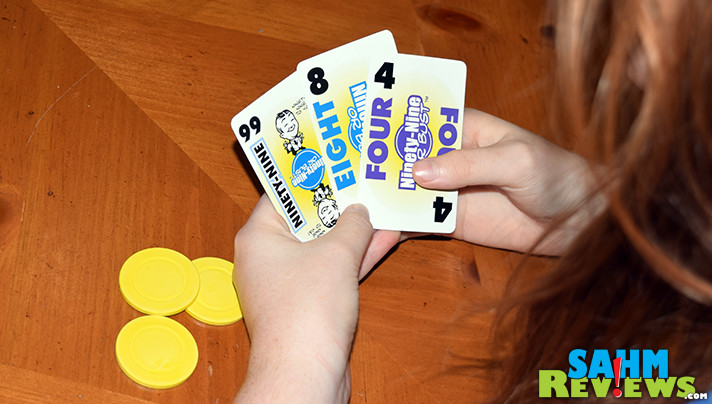 Special cards mix up the play by subtracting ten from the total, keeping the current count the same, reversing the direction of play or even taking the count all the way up to ninety-nine (this is slightly different than the original O’NO 99, where the 99 card acted as a dead card and could not be played). 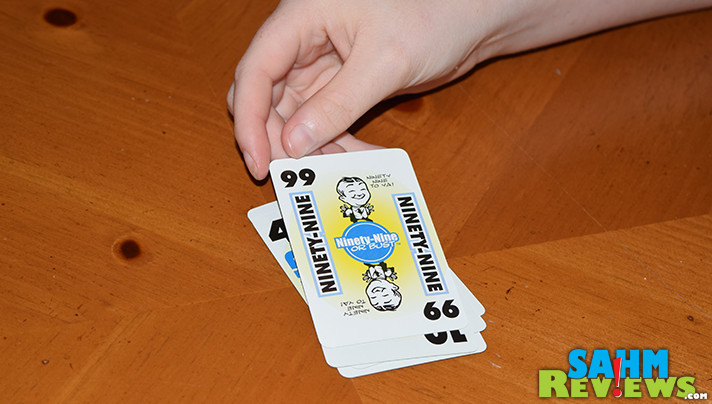 At the beginning of the game everyone received three tokens, and whomever is the person that causes the stack to exceed a value of 99 must forfeit one of their chips. A new hand is started and once you run out of tokens, you are out of the game. The last player standing wins Ninety-Nine or Bust!

If you prefer the classic styling of O’NO 99, you can find copies on eBay on a regular basis. If you’d prefer this newer version with nicer chips and a metal container, head over to Amazon to get your copy for around $20 shipped.

What do you think of games that are just renamed versions of older titles? Nice upgrade? Or waste of money?