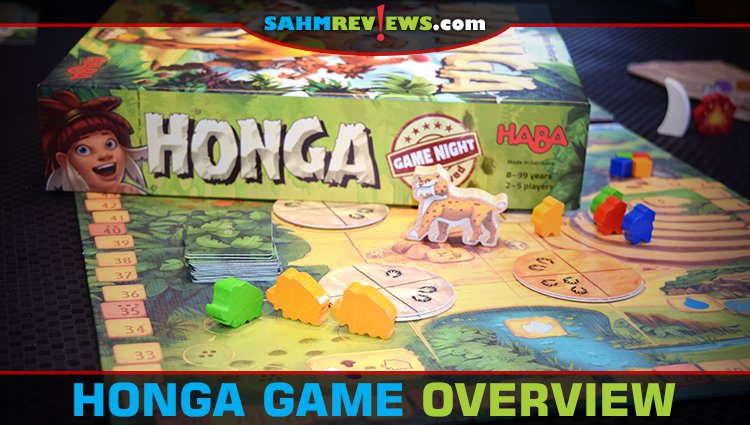 When it comes to summer game conventions, we typically arrive a day or two early to meet with publishers and spend time with friends in the industry. Sometimes, we help those friends and publishers set up their exhibits because extra hands can make the job go faster. When you’re at an event from sun up to well past sun down, you find ways to add value to the event. Several years ago, Madison and Kennedy decided to give up a handful of hours at each event to lend some publishers their knowledge of games (and their super awesome personalities). They start each day by saying, “Hello” to a dozen publishers in hopes of giving each day a warm start before heading off to work a booth for a few hours. Last year they could be found teaching the youngest attendees how to play some of HABA’s games. I’ve known for quite some time that HABA offers games for all ages, but that hasn’t always been the case. There was a time when I believed their games were just for young kids and fully admitted this in my overview of Karuba, HABA’s tile-laying game. 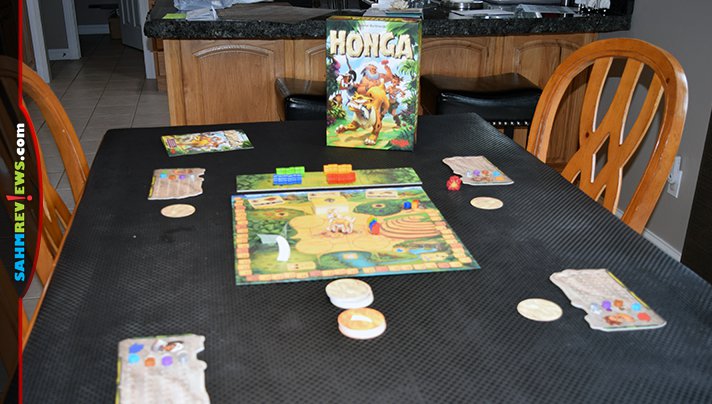 Since that time, not only have I recognized that games like Rhino Hero Super Battle and Dragon Tower may come in a box labeled as appropriate for young kids, but it doesn’t mean these games aren’t also entertaining for adults. However, they do offer titles that require more strategic thinking than some of their yellow box games. That’s the case with Honga. To set up the game, place the main game board and depot board in the center of the table and give each participant their own player tray and one each of the food markers to fill the corresponding slots. Independently shuffle the action disks, barter cards and bonus cards and but them face-down on their respective spots on the board. Flip three barter cards onto the open barter spaces. Add six mammoths in each player’s color to the depot board. Place Honga, the saber-toothed tiger, on his spot on the board and the mammoth tooth on the mammoth field. Everyone adds their caveman meeple to the bottom of the steps to the sacred mountain, their scoring markers on the cave and takes a gray action disk to begin the game. 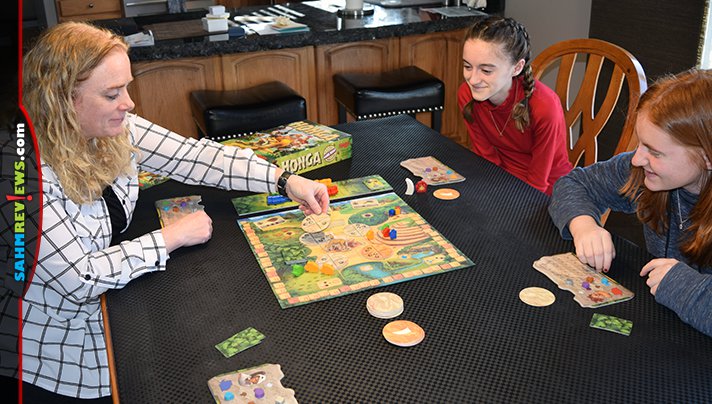 The goal of Honga is to be the caveman with the most points at the end of the round when any player reaches the specified victory point total. The idea is that you’re vying for the spot as leader of the clan, but to earn that right, you need to gather supplies, tackle various tasks, pay homage to the gods, attract mammoths, barter with other clans AND take care of Honga. 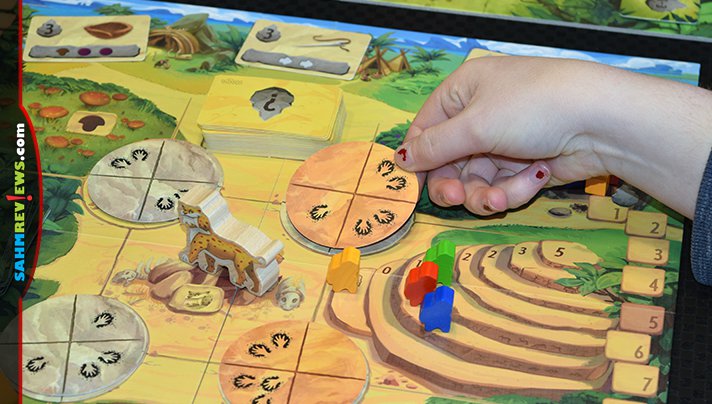 Your turn consists of four steps. Place action disks, take care of Honga, carry out actions and use bonus cards then draw a new action disk for next round. How you place the action disks dictates which actions you’ll be allowed to take during this turn so plan accordingly! There are hands on each disk that point in different directions. You’ll want to make sure one points to Honga because he’ll want attention before you get to carry out anything else!

Let’s start by talking about what happens if you DON’T properly care for Honga when you place your disk. He follows you back to your home and helps himself to one of your pieces of food, starting with the most valuable! If you don’t have food, he’ll consume one unit of water. No water either? He’ll eat a mammoth! Unless you are able to shoo him away after that, or another player fails to care for him, he’ll repeat the process on your next turn! Seeing as you need resources to win the game, it’s a good idea to avoid getting yourself into this predicament in the first place. 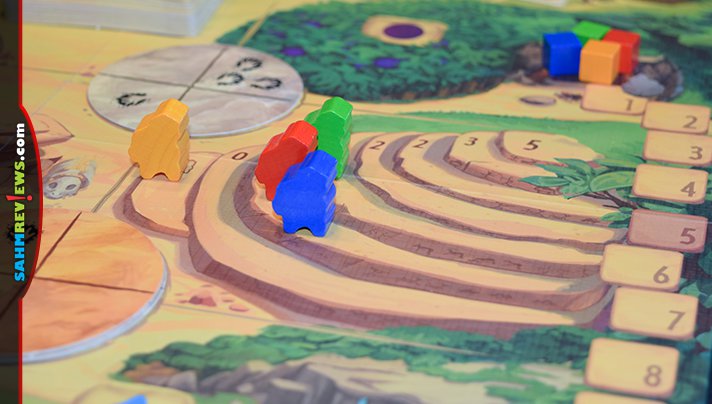 After dealing (or not dealing) with Honga, you can take all the actions that are possible as a result of the direction you placed your action disk. Collect mushrooms, berries, fish or water. Draw a bonus card by combing through the woods. You may pay homage to the nature gods to earn victory points or barter with other villages. 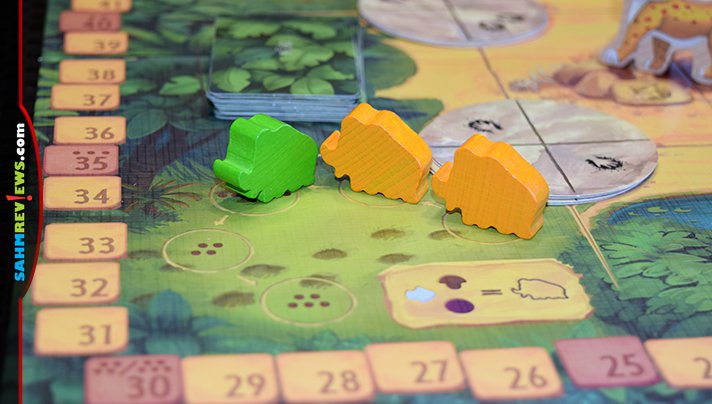 Sacrifice a berry, fish and mushroom to attract a mammoth. The player with the most mammoths in the herd earns the saber tooth. If you are the keeper of this tooth, you’ll get to draw red action cards instead of gray ones. They allow more actions which means more victory points. 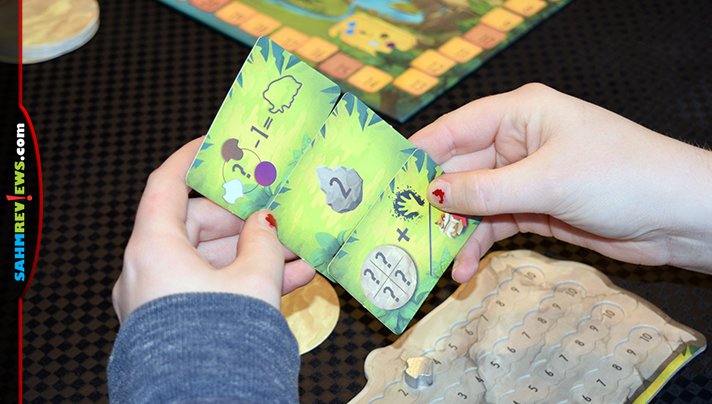 If you have bonus cards, you may play them while taking actions. There are a variety of possible benefits including earning food, substituting food types, earning victory points, taking an extra action disk or returning Honga back to his space. You may not use bonus cards during the round that you earn them. Since you take care of Honga before the bonus cards are played, you won’t have the opportunity to return him to his home before he pillages your supplies!

You continue taking turns and earning victory points through various actions. A game of Honga continues until a player surpasses the target total (based on player count) at which time you’ll finish out the round so all players have an equal number of turns. The player with the most points at the time is the declared the new clan leader.

While there are a lot of action options in Honga, they aren’t complex, making this a game night options for kids as young as eight. With copies available on Amazon as well as on the HABA website and at select local retailers, you shouldn’t have any problem adding a copy of this game to your collection. Visit HABA on Facebook, Twitter and Instagram to see the mammoth list of existing products as well as new ones they announced at New York Toy Fair this past weekend!

If you owned a saber-toothed tiger, what would you name it?

12 comments on «Honga Board Game Overview»