The other day we were at a local yogurt shop that had recently set out some classic board games on their tables for customers to play. Trouble, Scrabble and Yahtzee were all represented, along with others. One that caught our daughter’s eye was a plain piece of paper that had been laminated. It had a tag on it that said “three in a row”, but it certainly wasn’t Tic-Tac-Toe. It was a homemade version of the ancient game, Nine Men’s Morris! 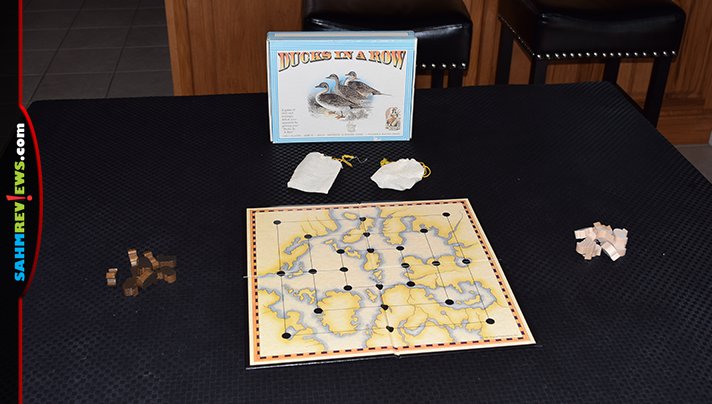 I soon realized this was exactly the same game we had recently purchased at our Salvation Army called Ducks in a Row. While the original game has been traced back to 1400 B.C., this duck-themed version was published in 1987 by now-defunct Rogue Productions, Inc. 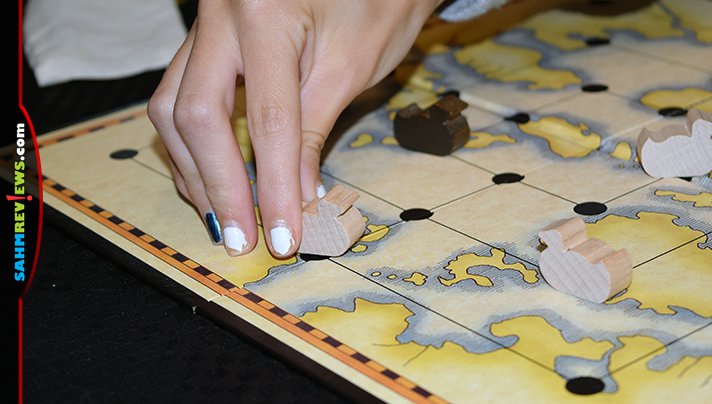 The object of the game is still exactly the same. After setting out the custom board, two players each take nine matching-colored pieces into their own pool. They take turns placing one piece anywhere on the board where the paths cross, which are marked by circles. The object is to line up three in a row. Doing so doesn’t give you an automatic win – instead it allows you to remove any one piece of your opponent’s from the board.

Any piece can be removed as long as it isn’t currently part of a row. If there are no other pieces to remove, then one from a row can be taken. Once all nine ducks from both sides have been placed onto the board, turns are performed by moving the pieces along the printed paths, still trying to form rows of three. Each time one is formed, another duck is removed from the game. 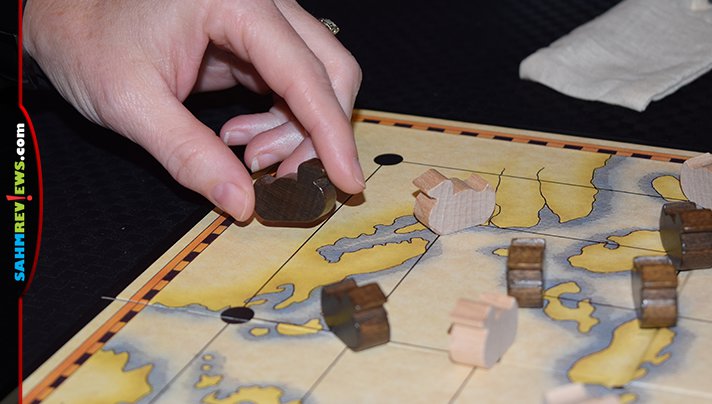 Players take turns trying to get their ducks in a row until one side is reduced to just two ducks. At that point the game ends and the other player is the winner of Ducks in a Row! A common variation in both the original game and this version is to allow a player with only three ducks to “fly” to any spot on the board instead of moving along the pathways. We chose not to utilize this variation as it seemed to make the game drag on for longer than it needed to.

There are dozens of versions of this game on Amazon for under $15. It can also be found at most big box retailers, especially during the holiday season. The version we found, Ducks in a Row, seems to be a bit more difficult to locate. No copies are currently available on eBay nor Amazon!

Have you ever played Nine Men’s Morris?