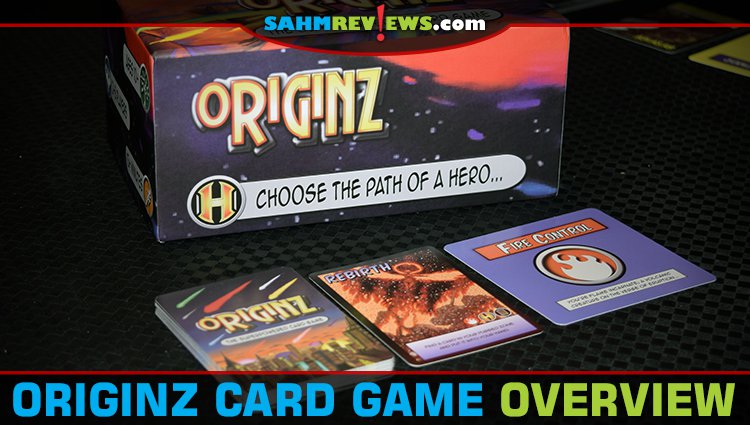 Today marks the release of the first Marvel movie after the blockbuster Avengers: Endgame. We’ll be headed to the theaters this week to catch Spider-man: Far From Home and see where they’re taking the Marvel Cinematic Universe now that a handful of characters are gone for good (or are they?).

If you ask Kennedy who her favorite Marvel character is, she’ll quickly exclaim, “Spider-man”. I think it has more to do with the actor, Tom Holland, than the actual character since she isn’t attached to the original trilogy starring Tobey Maguire. Either way, it has been fascinating to watch Spider-man grow from a normal-ish high school student in the first movie to an official member of The Avengers and play a critical role in their success (and the pseudo father-son relationship with Tony Stark/Iron Man).

As you’ve probably gathered, we love all things superhero. We watch all the Marvel and most of the DC television shows and movies, and never say “No” to a superhero-themed board game like Thanos Rising or one from the Marvel Legendary series. We’ve recently discovered another card game, Originz by Flavor Faction Studio, that allows us to fight other inhumans in a completely different (non-Marvel) comic book world. 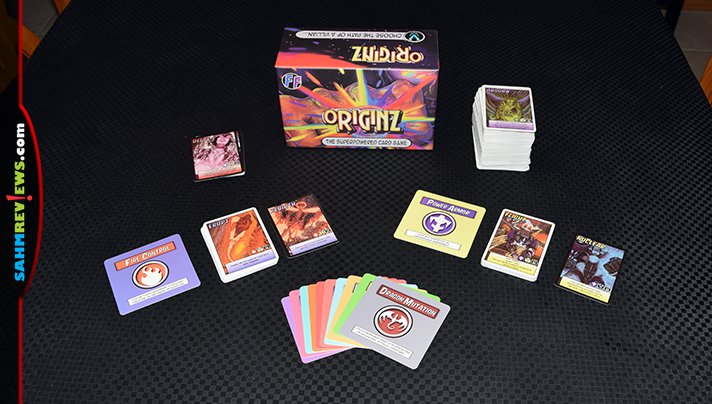 Inside the box you’ll find 270+ standard sized cards divided into 12 pre-constructed decks for different heroes and villains along with extra Power Cosmic cards that provide bonuses from mixing the decks into a custom one. Originz also has a number of ways to play – head-to-head, multi-player free-for-all, 1 vs. many and tournament! The rules for how to play remain the same in all instances, so for the purpose of this overview we’ll focus on the 2-player variation (head-to-head). 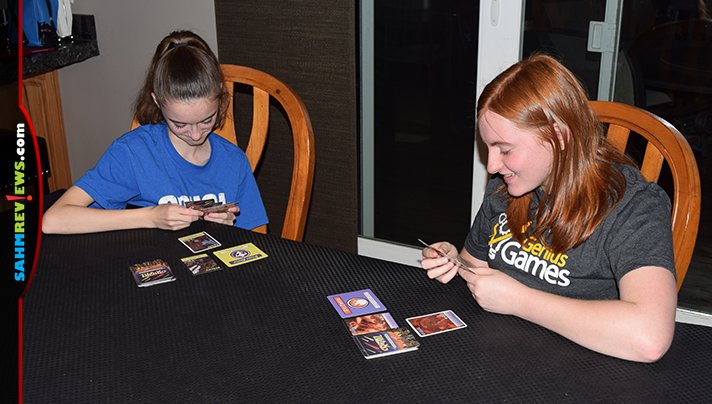 What we found most enjoyable about Originz was the ease of getting up and running. There aren’t a lot of rules to digest before diving into play. Each player chooses a pre-constructed 22-card deck and matching character, or makes a custom deck of their own following the listed restrictions. They then decide if they are going to follow the path of being a hero or villain, flipping their character card to the appropriate side and revealing their one-time superpower. The pre-constructed deck is shuffled and serves as both the action cards and a health tracker. If you run out of cards, you lose! 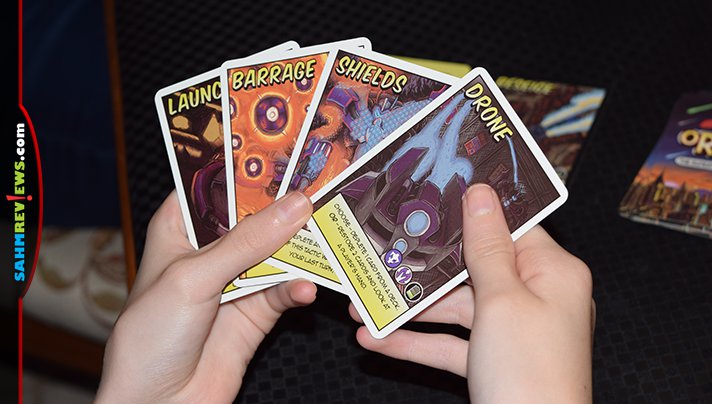 Players begin with three cards in their hand and draw an additional card at the beginning of each turn. On each card is a tiny battery that shows the card’s cost. On a turn you receive three Energy to spend and can earn additional from cards in play. Using a card requires two things – first you must play it from your hand to the table to “ready” it, then you may activate it and send it to your personal depleted pile. Each action requires you to spend Energy, which will range from zero to three. If you play a 3 Energy card from your hand, you won’t be able to activate it until your next turn. But if playing a 1 Energy card, you can utilize it right away by paying the Energy cost again!

Each card clearly depicts the action it awards and its cost. This allows you to get up and running pretty quickly since all you need to know about the rules are that you start with three cards, draw one and spend up to three Energy. A handy glossary is available at the back of the rule book that explains details from cards (purge, repel, stun, etc.) and exactly how they work. 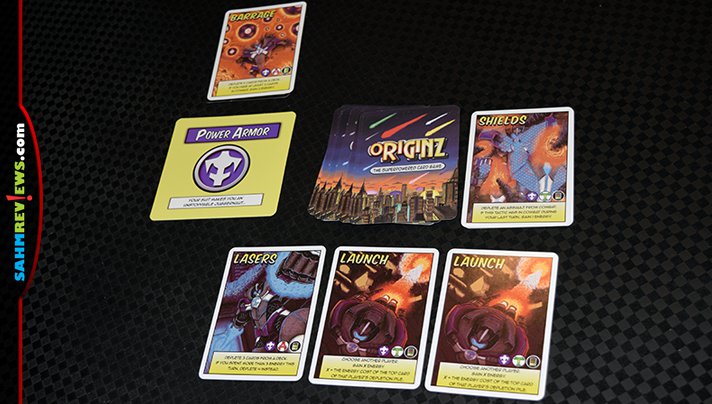 Your goal is to get your opponent to run out of cards. You’ll force them to purge cards permanently or prematurely deplete them, which limits how many they have left. They can reacquire some cards from their depleted pile, but that too will cost them Energy and time. The first player to run out of cards is defeated and the superhero who wins best 2-out-of-3 is the overall champion! 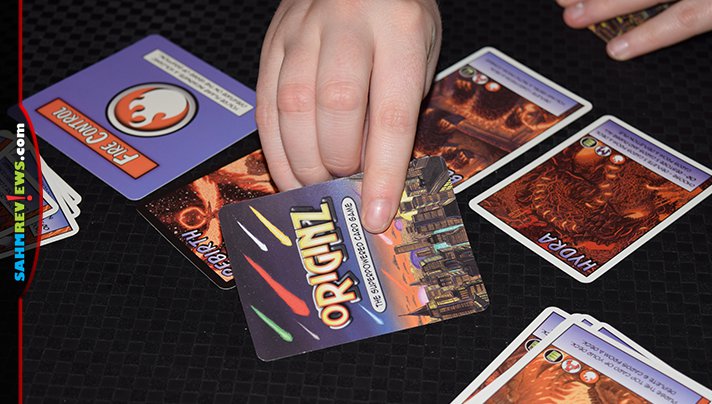 Originz came to life through a successful Kickstarter campaign in 2016 and is in the hands of backers who are enjoying its unique game play. With a dozen different decks included and the ability to play head-to-head or with a larger number of players, Originz has a little something for every situation. If you’re interested in getting a copy for yourself, Flavor Faction Studio has assured us it will be available on Amazon in the coming month or three. Until then, watch their Facebook or Twitter feeds to discover where else you can find Originz!

Who is your favorite superhero?