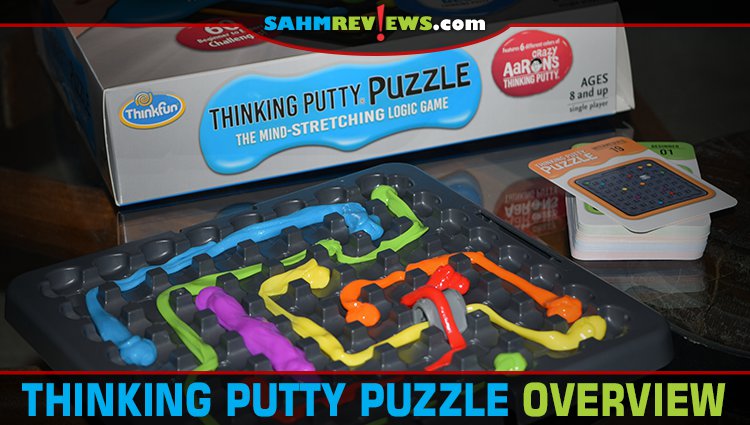 When we’re shopping for games at thrift, there is one brand we will never buy. If it is from the Cranium series, we have learned to always pass on it no matter how complete or new it looks. The majority of their games include some type of playdough that is either missing or completely dried out and unusable. Not something we want to deal with. 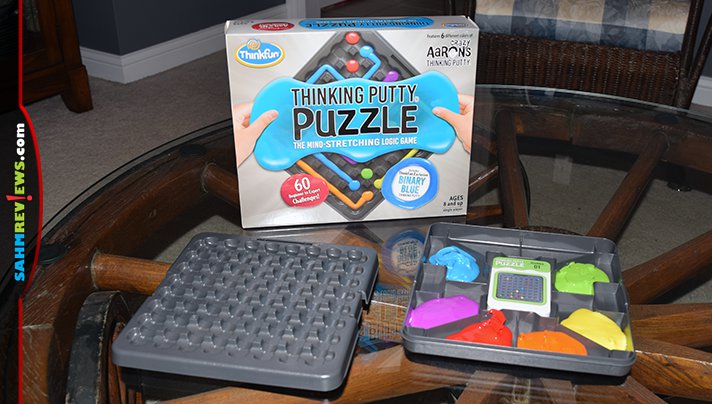 When we first heard of ThinkFun‘s new Thinking Putty Puzzle game, we immediately were concerned about how long the components would last since it also included six different colors of dough. I was immediately corrected by my youngest daughter, Kennedy. When she saw the box and the notation that it included Crazy Aaron’s Thinking Putty, she screamed with delight and began explaining that Crazy Aaron’s is the “Rolls Royce” of putties and will never dry out. “It’s so good that a little container of it at the store is like $13!” she continued. I’m taking her enthusiasm as the ultimate product recommendation. 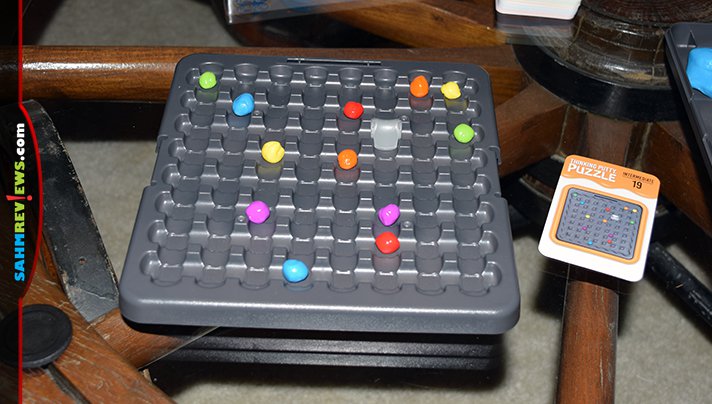 Thinking Putty Puzzle is another challenge in ThinkFun’s long line of puzzle games. As in some of their other games (Lunar Landing, Roller Coaster Challenge, Wave Breaker), Thinking Putty has a series of challenges to solve of ever-increasing difficulty. Instead of making a marble roller coaster or getting your ship safely into port, this time you’re trying to connect two endpoints. And not just two, but multiple colored points using different colors of putty! 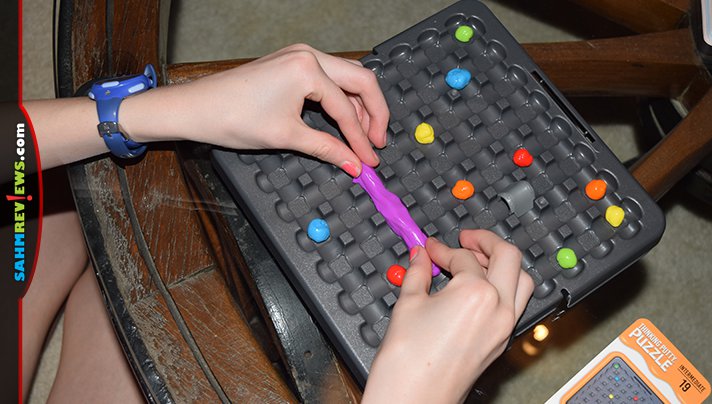 You’re probably thinking that you’ve seen this type of game before. There are numerous apps for your phone that offer this type of puzzle, but this is the first time we’ve seen it converted into analog form. Pick one of the cards from the deck and make spherical endpoints to match the layout shown on one side. Using Crazy Aaron’s putty, connect the colors by rolling the putty into long snakes and weaving it through the board. 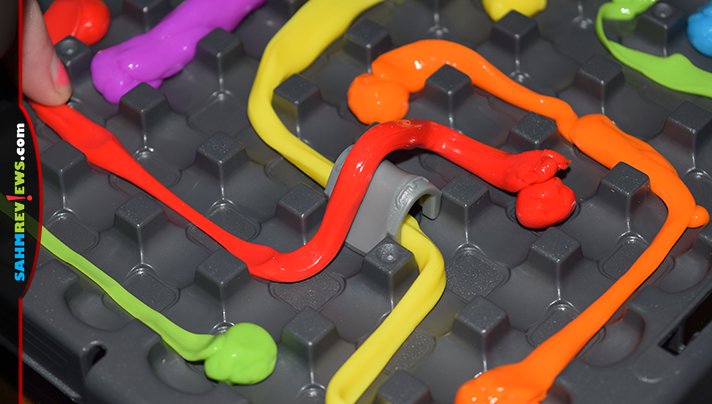 Putty may not ever overlap or touch itself or another color of putty. Some puzzles do include plastic bridges that will allow them to cross without touching and must remain in the same position as depicted on the setup card. Most puzzles will utilize all of the open spaces on the board and some even have more than one solution (although only one is shown on the card)! More difficult examples have a plus-shaped blocking piece that keeps you from entering that area from any direction!

And I have to agree with our daughter – this putty is not your normal playdough. It stretches and twists much differently and seems more rubbery that traditional dough. The handy storage tray included in the box should do a good job of keeping the colors separate and help prevent them from drying out. 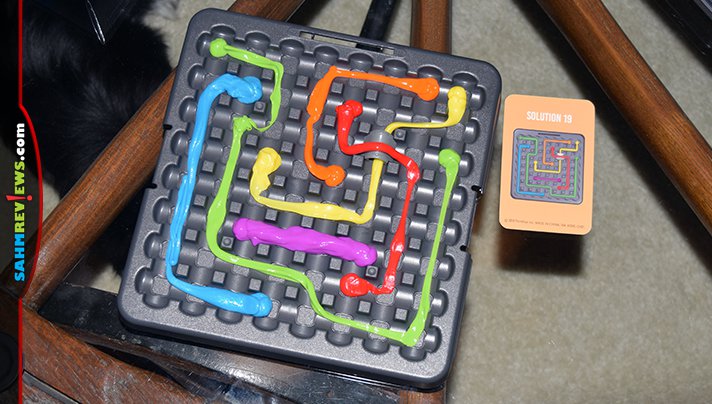 A more hands-on puzzle than ThinkFun’s other offerings, you can find copies of Thinking Putty Puzzle on Amazon or at your favorite retailer. Check out the product page on ThinkFun’s website for a pdf of the full rules and additional photos! If you’re having a hard time finding it locally, enter to win a copy for yourself below and come back each day for additional entry opportunities!