A few years ago my girls and I went on a googly eye spree. I wish I had taken photos of all the things and places we embellished with stick-on eyes. We left them all over Grammy’s house, a couple statues in a kid’s museum, posters at the local cinema and even on cans in the grocery store. We also incorporated them into our rock ladybug craft project! It was a ton of fun to turn normal inanimate objects into something that looked like it had life.

Why do we have this fascination? I’m among the generation that grew up with googly eyes, having watched countless hours of Sesame Street and The Muppet Show. Consequently, bouncing eyes on puppets or other objects seem quite normal to me. When I found out there was a game by the same name offered by Goliath Games, I knew instantly it was one we had to try. 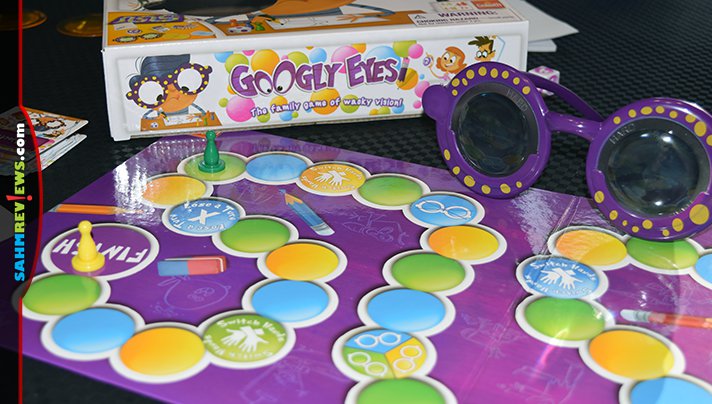 Instead of placing eyes on other things, in Googly Eyes you will be wearing funny glasses that alter your vision! Players divide into teams (Googly Eyes supports 4-16 players and up to four teams) and the game board is set in the middle of the play area. A deck of subject cards is shuffled and placed face-down near the board. Each team chooses a pawn and places it on the start space on the board. The team with the youngest player goes first! 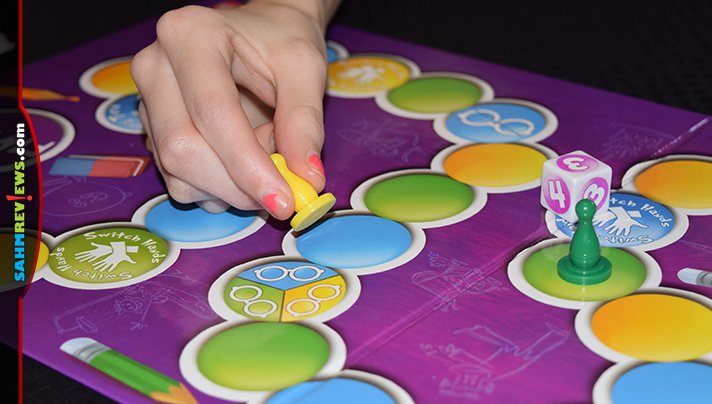 The playing team picks a player to draw and gives the timer to an opposing team. The chosen player on the active team rolls the die and moves the team’s pawn that number of spaces on the board. The color of the space the pawn lands on determines which answer to draw and which lenses are used in the included glasses. Special spaces also add a twist to the rules that might let you choose the lens color, require you to draw with the opposite hand, draw without any glasses or even skip your turn! 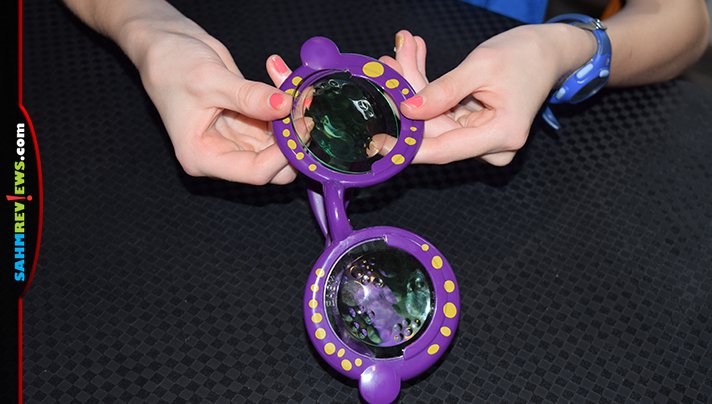 The Rocketman-inspired glasses come with three different interchangeable lenses. The green lenses are considered the “easy” lenses and have random bubbles to hinder your vision. Yellow are a bit more difficult and utilize a prism effect. The blue lenses are very convex and make your eyesight extremely blurry! These will be worn by the person drawing. 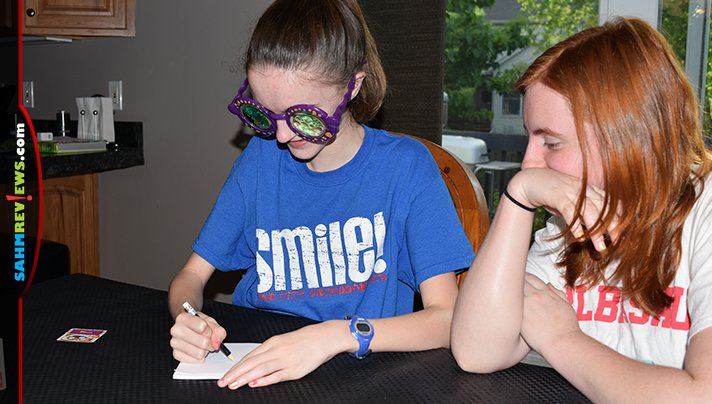 That person takes a card from the top of the draw pile and announces the category printed on the card’s back. On the opposite side is the challenge for each color. The active player silently reads the challenge word of their color and announces the time limit. The opposing team starts the timer and the drawing player grabs the pencil and paper and tries to get their teammates to say the challenge word without saying anything, miming or drawing letters or numbers, all while wearing the Googly Eyes glasses. 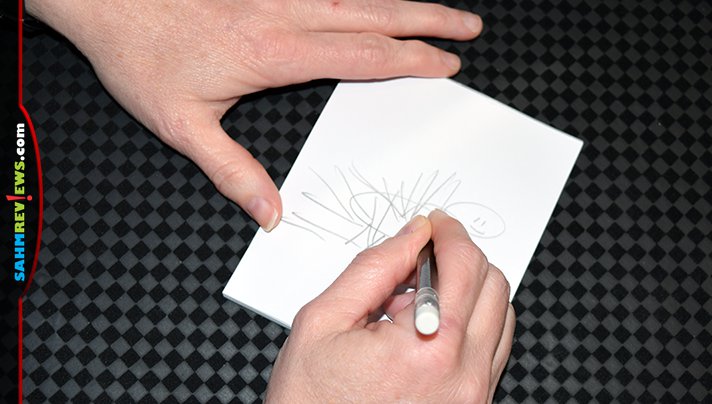 If your team guesses the word correctly, roll the die again and move forward that number of spaces. If you land on a special space, those rules will apply to your next turn. If your team is unable to determine the challenge word in the allotted time, your turn ends and the next player readies the glasses for their word. Teams take turns in order until one team is able to get their pawn past the finish line on the game board. The entire team is declared the winner of Googly Eyes! 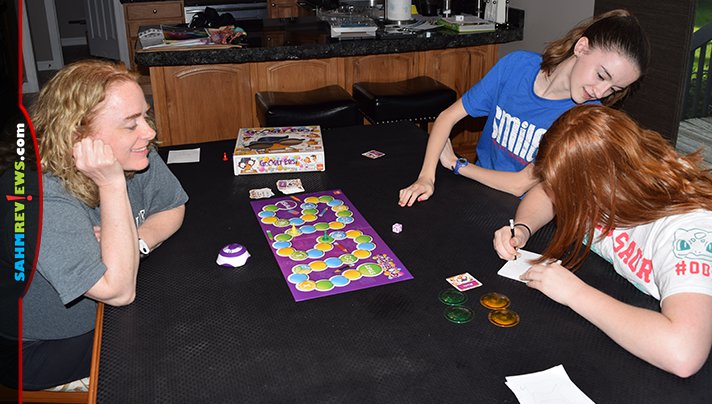 With a suggested MSRP of $30, you should be able to find Googly Eyes at a discount on Amazon or at your local big box retailer. While rated for ages 7+, it can certainly be enjoyed by younger children as long as an older sibling is around to explain the rules. As we head into the summer game convention season, check out Goliath Games’ website to see what they’re debuting this year and follow them on Twitter or Facebook to see what they have in the works for the holiday season!

Who was your favorite googly-eyed character on TV?