As we drive down the roads in Iowa and see cows everywhere, it isn’t uncommon to hear the following conversation:
Someone in the car: “Mooooo”
Someone else: “What’s that cow doing driving that car?”
Anyone or everyone: “How can he afford that?”

Scott and I used to say this to each other in the early days of our marriage with each of us alternating lines. It’s been so long that I’m sad to say I have no recollection of how it started. Considering how often we travel, it didn’t come as any surprise when the girls started doing it also. It’s silly, but it always makes us smile. This exchange is the first thing I thought of when I saw Invasion of the Cow Snatchers from ThinkFun. Sure, most people would think of an alien invasion or some sci-fi movie, but not me. This is what I think of. Don’t even get me started on the cow-themed jokes that Scott and the girls banter back and forth with each other.

I digress… let’s talk about the game!

Like many other ThinkFun puzzle games such as Thinking Putty Puzzle Game, Lunar Landing and Wave Breaker, Invasion of the Cow Snatchers is designed for one player. The game includes a Game Grid, 60 Challenge Cards, a magnetic UFO, 5 cattle tokens, one silo, 5 crop circles and 9 walls of varying heights and sizes. 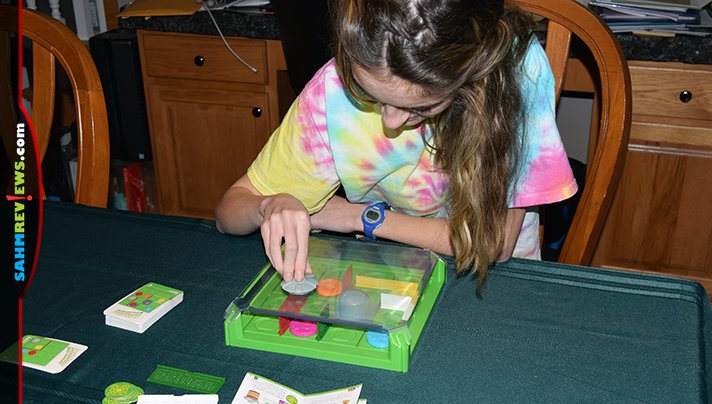 Select a Challenge Card and replicate the barriers and cattle on the surface of the game grid. After you’ve set it up, place the clear grid cover over the play area and place the UFO on top aligned with where the Challenge Card shows. 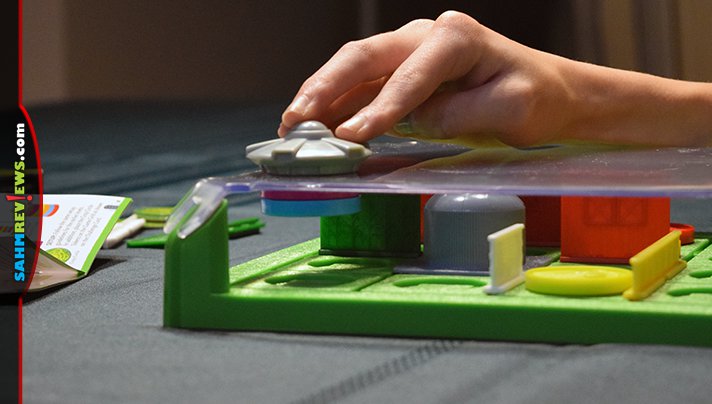 The goal is to move the Magnetic UFO orthogonally around the board to pick up all the (magnetic) cows in the pasture finishing with the red bull. It’s always the last one to be picked up! Of course, it wouldn’t be much of a puzzle unless there were barriers. 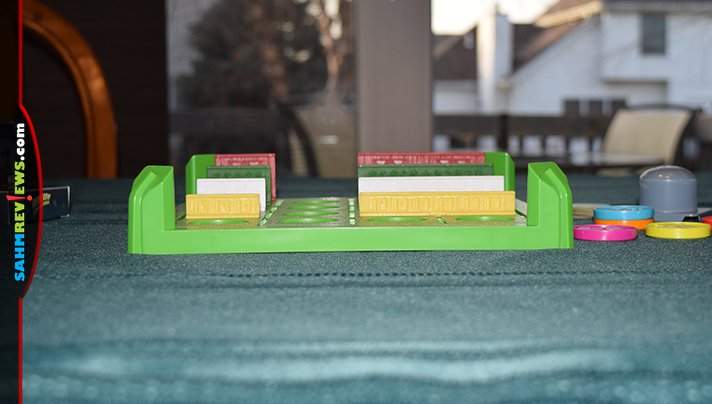 In addition to a silo that cannot be moved over, there are walls to contend with. Hay Bale Walls are fairly short so a UFO can fly over those carrying 3 cows. Fences are a little taller so the UFO can only carry 2 cows while crossing one. If you’ve ever seen farmland with crops then you know they can be pretty tall, allowing only enough clearance for one cow. Barn walls are so tall that if a UFO tries to pass over one with even a single cow then the cow will smash into the wall and go crashing to the ground.

Of the 60 Challenge Cards available, there are four different levels of difficulty. The first 40 progress from easy to very difficult. The last 20 are labeled “Genius” due to the amount of thought and planning needed to work through each level. In addition to needing to pick up the red bull last, on these cards you’re tasked with picking them up in a particular order. The use of Crop Circle pieces allows you to pick up and move a cow from one spot to another. 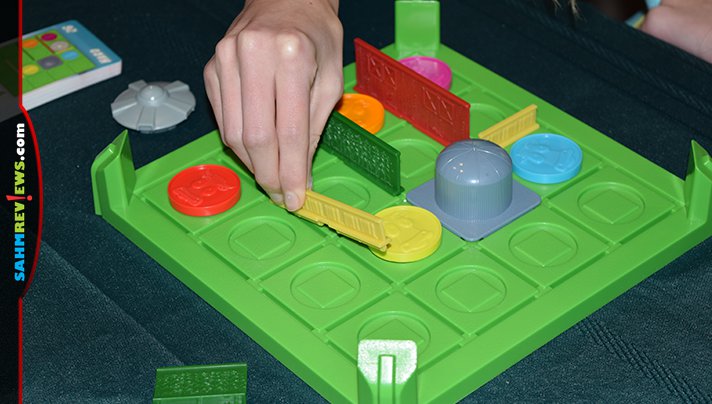 The beauty of the game is that it caters to many ability levels and which means various family members or friends can give it a shot. Once you get the hang of easier levels, you can work your way up to the Genius ones! You can see Invasion of the Cow Snatchers and other brainpower gifts in this year’s guide to STEAM and STEM gift ideas. Copies of the game are available on Amazon or at your local retailer. If you’re wondering what other games you may want to snatch up from ThinkFun, visit their website to see the variety of products they offer. You can also keep watch of them on Facebook and Twitter to see where their next invasion will be!

What’s the first thing you thought of when you heard the title of the game?