Back in July Nicole talked about a fun-size edition of Kosmos‘ hit puzzle game, Ubongo!, as we highlighted a number of titles that utilized polyominos as a major feature. This affordable version featured everything offered by its full-sized cousin except for the price, which was surprisingly more than 60% cheaper! Months later there are still a few cards that we haven’t quite figured out the solutions to!

A couple weeks later, the successor to Ubongo! debuted at the annual Gen Con convention in Indianapolis. Ubongo! Extreme is similar in style to the original, but a few rule changes and the use of hex groups instead of polyominos makes this a must-have if you’re a fan of Ubongo!.

The basic premise of Ubongo! Extreme still remains – arrange colored pieces into a specific shape on the card in front of you. Once again, the cards feature an easier side and a more difficult puzzle on the opposite side. This allows you to customize the game’s difficulty level or even assign more difficult puzzles to older, more experienced players. 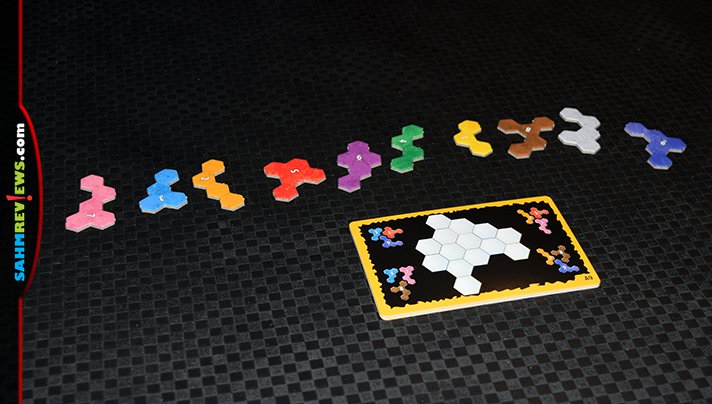 Each person is given eight of the puzzle cards and a complete set of ten shape tiles. A game of Ubongo! Extreme lasts eight rounds, in which you’ll be trying to solve one puzzle each time. In all four corners of the card a specific number and types of shape tiles are shown, and depending upon the current round number, you will use the corresponding key to solve your puzzle. 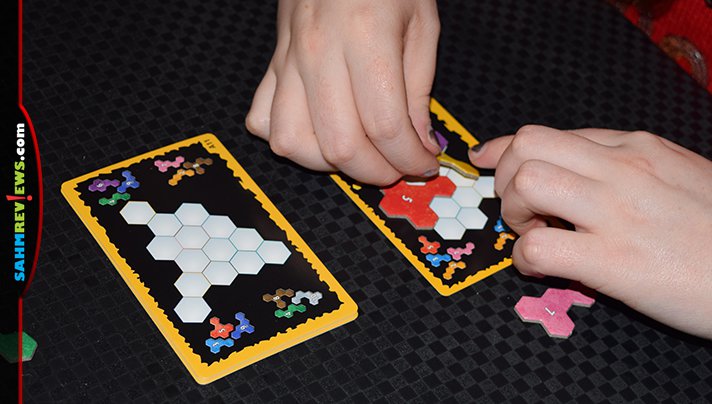 At the count of “ready, set, go!” everyone tries to fit their specified tiles onto their card. The tiles must fit exactly without any open spaces or hanging over any of the edges (or laying on top of another tile). As soon as one of the players completes their puzzle, they yell out “Ubongo!” and begins to count down loudly from twenty to zero. All other players have that amount of time to complete their card! 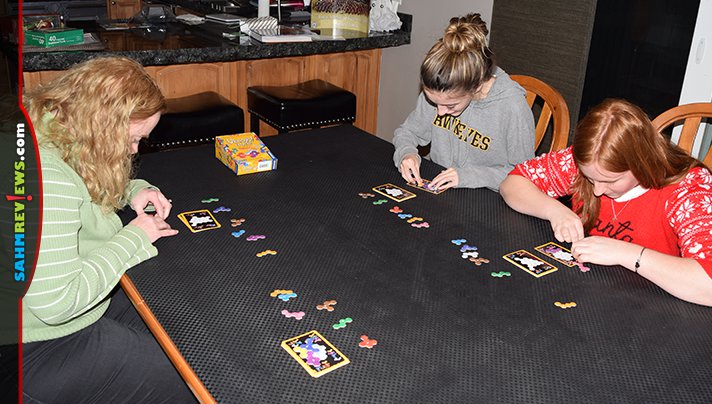 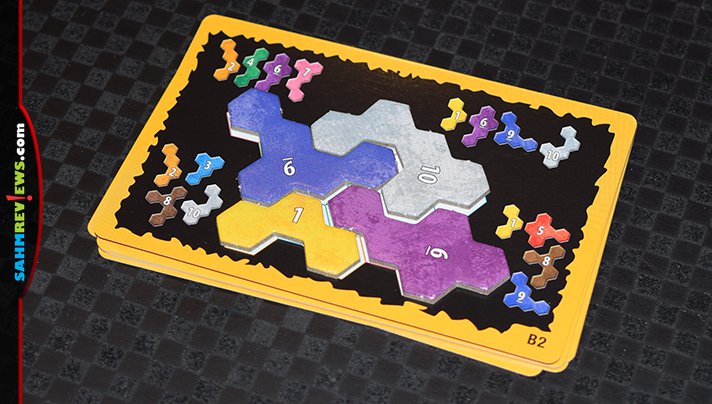 To begin the next round, all players take a new card from their stack and try again to solve this new puzzle as fast as possible. After eight total rounds of play, the person with the most collected cards wins Ubongo! Extreme! If there is a tie, one final sudden-death round is played between the tied players where winner takes all! 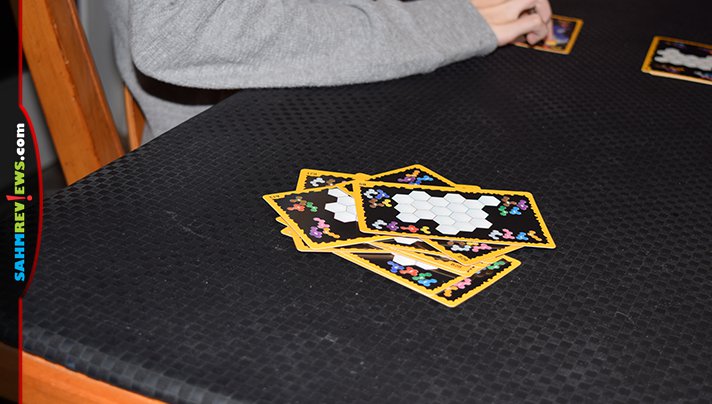 There have been so many games as of late which use polyominos that it is refreshing to find one that utilizes something new. It’s also a bit more challenging to arrange these odd shapes, so that’s why we recommended it in this year’s S.T.E.M. Gift Guide! This fun-sized version can be found on Amazon for under $15 or at your favorite local game store.

It’ll be interesting to see if Kosmos can come up with more shapes to exploit in future versions of Ubongo! We’ll be stalking their Facebook and Twitter feeds to find out when the next one will hit the market! In the meantime, check out their website to find out more about their HUGE lines of toys and games that provide both entertainment and education.

Which of the two Ubongo! shape styles do you prefer?