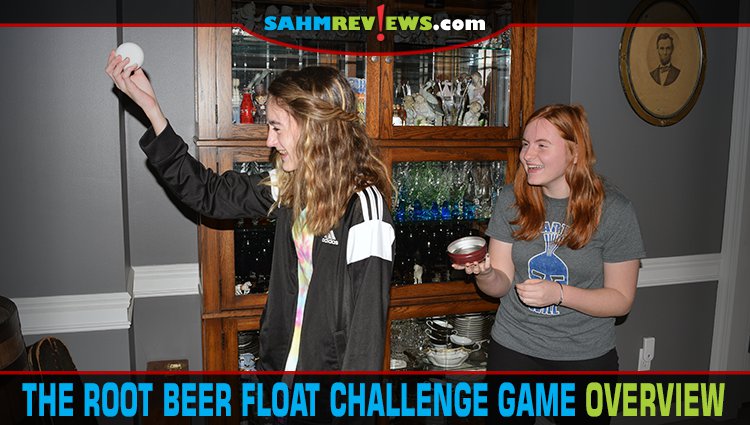 It’s Christmas Eve and you’ve either completed all your holiday shopping and have gifts wrapped under the tree or you’re frantically running from store to store trying to take advantage of last-minute bargains. Thanks to our Holiday Gift Guides, we got all of our shopping done weeks ago. Now we’re focusing on family traditions like opening one gift early and setting out milk and cookies for Santa Claus.

Except that we never set out milk and cookies. It started a long time ago by replacing cookies with some type of chocolate, usually a truffle. Milk was also replaced – often with a sparkling beverage. More commonly the drink was a favorite of Mrs. Claus, root beer! It’s only fair since stashing presents under the tree after the kids have gone to bed has never been a job for just one person!

Our children have long since stopped believing in a jolly old man delivering their presents by sleigh. Instead, we’ll be reliving our traditions in a different way – by playing a game with the family that is root beer themed! This year we chose a new title by Playtacular called The Root Beer Float Challenge that carries on our tradition and provides a lot of laughs along the way. 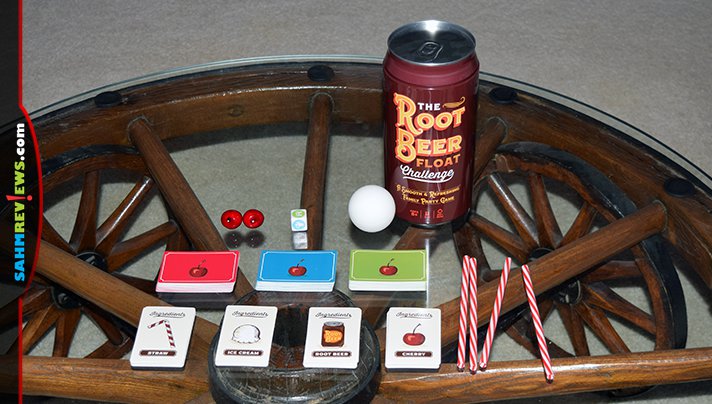 The Root Beer Float Challenge is a game for up to eight players where each person is trying to be the first to build a root beer float. This is done by collecting one each of the ingredients (root beer, ice cream, cherry, straw). To earn an ingredient, challenges must be completed either solely, in partnership with another player or by winning a head-to-head battle with one other person.

Inside the thematic oversized soda can box are 80 Ingredient Cards, 120 Challenge Cards, an Ice Cream Ball, two Cherries, a Challenge Die and four Straws. The Ingredient Cards are separated into four piles, one for each ingredient type and set in the center of the play area. The Challenge Cards are also separated by color, each denoting a different type of challenge. These cards are also put within reach of all players.

Play goes clockwise, starting with the oldest player, who rolls the Challenge Die and selects the corresponding Challenge Card matching the die’s result. A blue result requires the selection of a blue card, which will list a solo challenge (one that must be completed by only the active player). Green signifies a cooperative challenge. The active player will choose who they wish to attempt it with. Lastly, a red die result means the active player will compete head-to-head against one other player, who is also chosen by them. 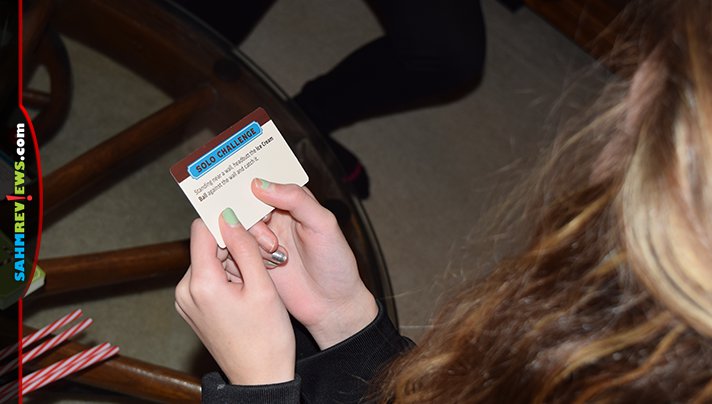 Challenge cards describe a dexterity-style feat that must be accomplished in order to earn ingredients for your root beer float. Some examples are challenging the active player to kick the ice cream ball like a hacky sack two consecutive times and catch it before it hits the ground, balancing two straws on the back of the active player’s hand and transferring them to the back of the hands of another player without them dropping or asking two players to each toss a cherry into the air and swinging their straws at them (baseball style) to see who can hit it the furthest! 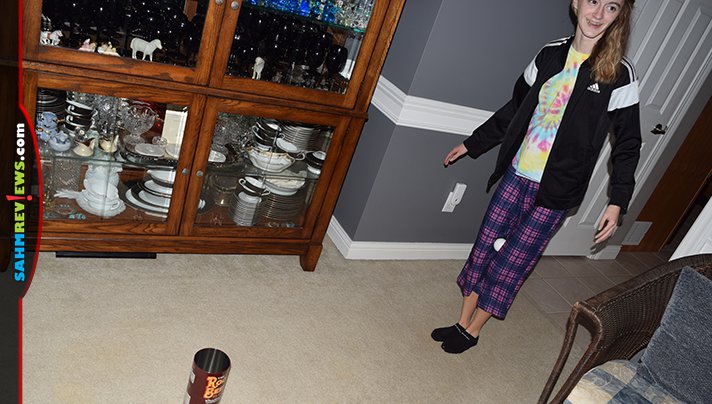 If a solo challenge is completed successfully, that person may choose one ingredient card matching the ones used in the challenge. A co-op challenge means both participants get to pick one card (again, of an ingredient used). Only the winner of a head-to-head challenge gets to take a card, so pick your opponents wisely! 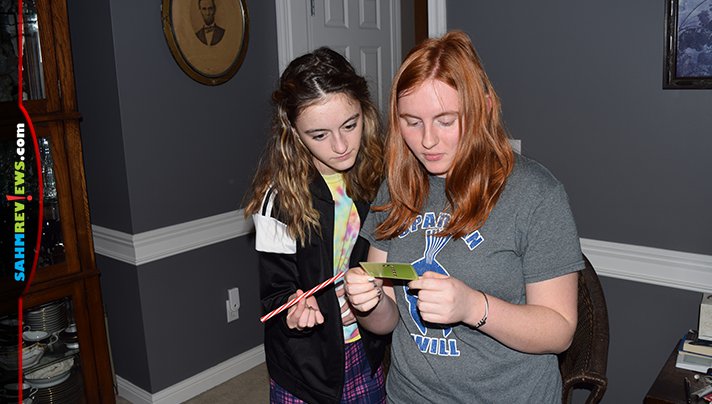 At the beginning of a turn, instead of rolling the die, a player may elect to turn in any two matching Ingredient Cards they previously won and exchange them for any one other ingredient. The player who completes their root beer float first by collecting all four ingredients is the winner of The Root Beer Float Challenge! 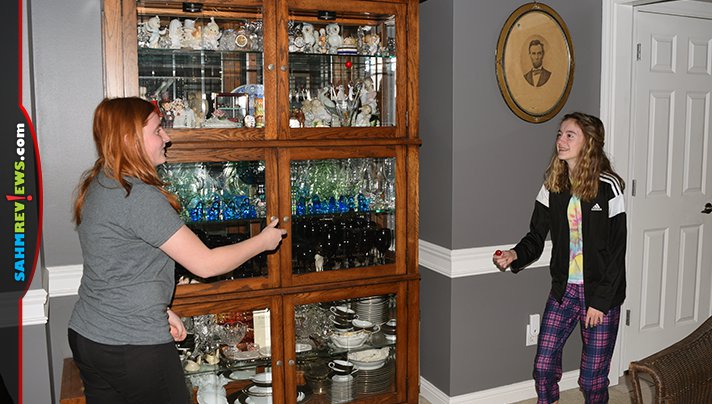 While not a particularly strategic game, The Root Beer Float Challenge is the perfect choice for our new Christmas Eve tradition. Silly challenges with a bit of competition curates great holiday memories – you can’t put a price on that! It may be too late to order a copy from Amazon in time for Christmas, but check the shelves of local retailers to see if they still have them in stock! At under $15, it’ll be the best Christmas present investment you’ve made! Find out what other great games are offered by Playtacular by checking out their website or following them on Facebook.

And don’t forget – there’s still a few days left to enter for a chance to win your own copy of The Root Beer Float Challenge in our annual holiday giveaway promotion. Go enter here!

What is your Christmas Eve tradition?

One comment on “The Root Beer Float Challenge Game Overview”