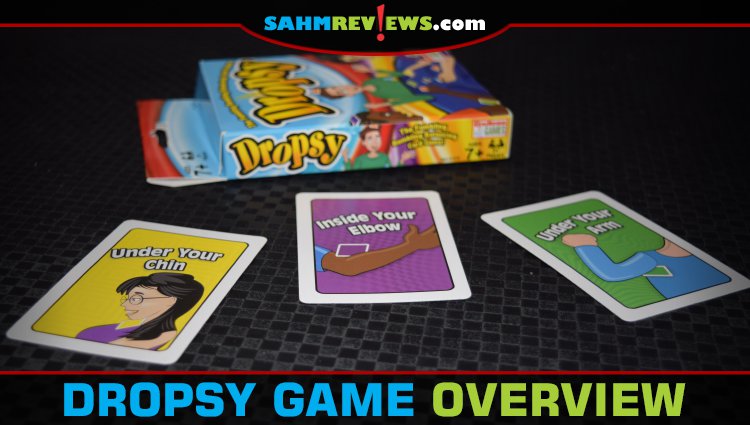 We’ve said it before, but it is probably worth repeating. As we age, we lose our advantage when playing any type of dexterity game with our kids. I used to be able to stand on one foot for what seemed like forever. Balance a cup on the back of my hand? Easy. Sink a shot into a basket across the room? C’mon, give me a challenge! Sadly, these examples don’t always ring true any longer.

My daughters, on the other hand, have gotten better and better as they mature. We’ve been playing more of these type of games as of late since they not only challenge us, they provide a ton of laughter. During our time at home we’ve been playing The Root Beer Float Challenge, ICECOOL2 and Yogi. In fact, it is Yogi that the newest dexterity game in our collection reminds us of. That game is the brand new Dropsy by Endless Games. 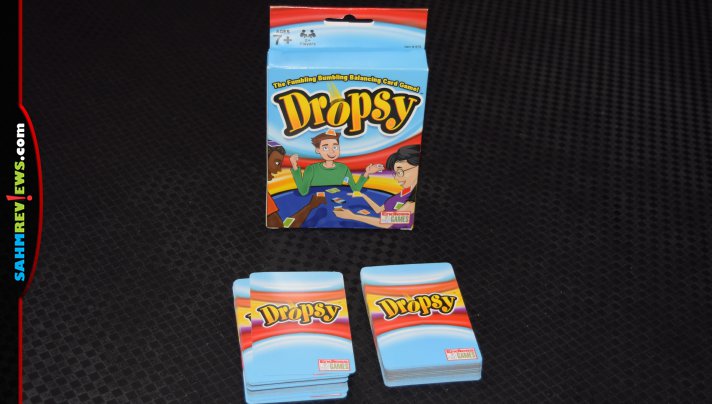 The goal of Dropsy is pretty simple – be the first to collect three cards of the same color. But…there are nine different colors in the 108 card deck. These are all shuffled together to form a draw pile in the center of the play area. I say “play area” instead of “table” because Dropsy is a game you’ll probably want to play standing up. It can be done seated, but trust me, standing is MUCH easier. 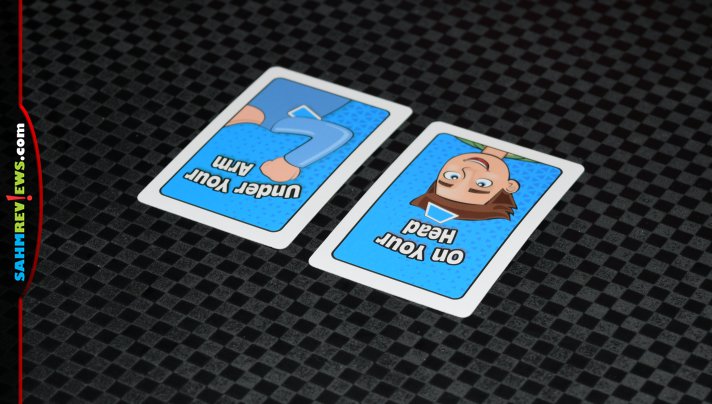 On your first turn you will draw a card and set it in front of you face-up. This is the color you will be trying to collect for this round. On subsequent turns you will also draw one card. If it is the color you are collecting, just place it face-up next to the other cards in your collection. But when it isn’t, which will happen most of the time, you must hold it. 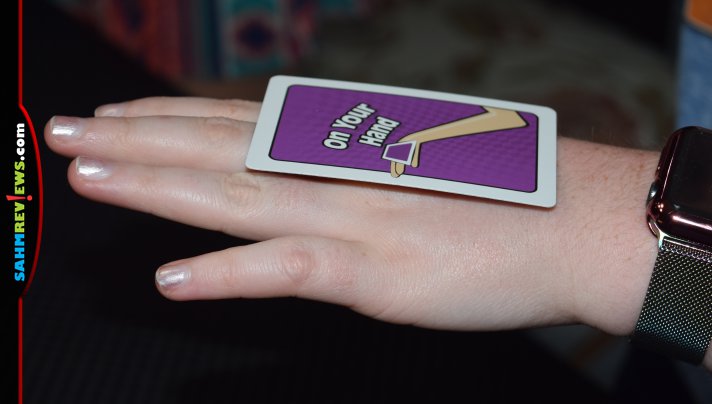 And I don’t mean just hold it in your hand. Each card also has instructions printed on it as to where and how you must retain it. “On Your Head”, “On Your Hand”, “Inside Your Elbow”, “Between Your Fingers”, “Under Your Chin” and “Under Your Arms” are the possible choices. For the rest of the round you must do as the card demands! 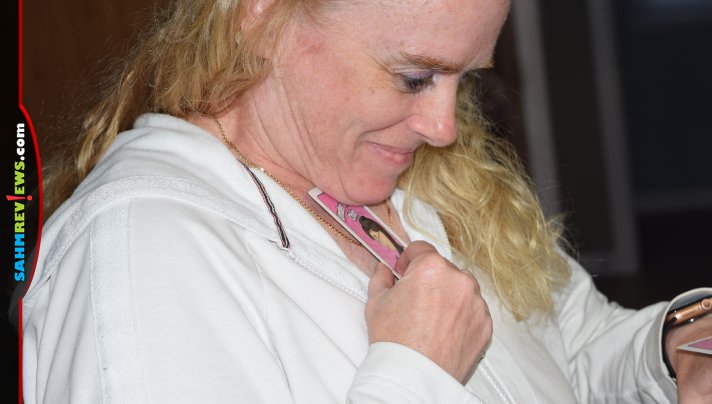 If you drop any card in your possession and it falls onto the table or floor (out of your control), you must discard ALL of your cards, including the ones on the table in your collection. Basically, you will be staring over completely. However, if a card falls but you manage to catch it in any manner, you can take the time to put it back where it belongs (head, hand, etc.). 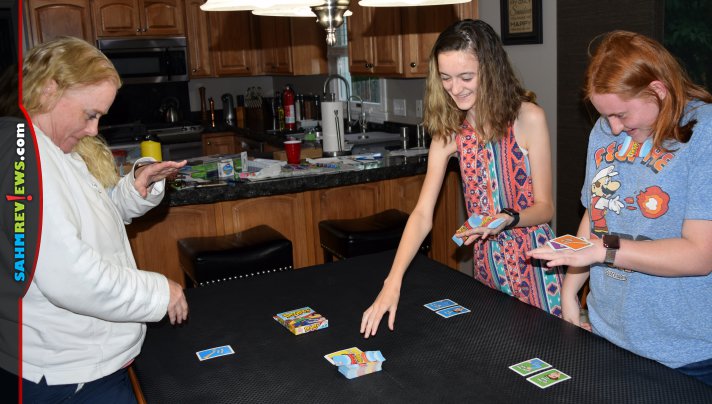 Keep collecting and holding cards each turn until someone manages to collect three matching colored cards without dropping any. That player is the winner of Dropsy! If you find that the game is too easy for you (I doubt you will), ratchet up the difficulty by setting a goal of collecting four matching cards. This can also be a great way to stagger the difficulty when playing with people of different abilities (translation – make the kids collect more).

Dropsy was just released last month and is available in retail stores, direct from Endless Games or on Amazon with an MSRP of only $6.99! Follow Endless Games on Facebook or Twitter to find out what else they’ll be releasing this year, including a home version of one of our favorite game shows, Card Sharks!

What dexterity games have you played lately?