Our kids have been into games since they were both very young. We would always take them to the annual Chicago Toy and Game Fair where they would get to see new products ready to be put under a Christmas tree. They got to meet a lot of industry insiders, publishers and inventors. One year they even got the chance to have breakfast with Leslie Scott, the inventor of Jenga. 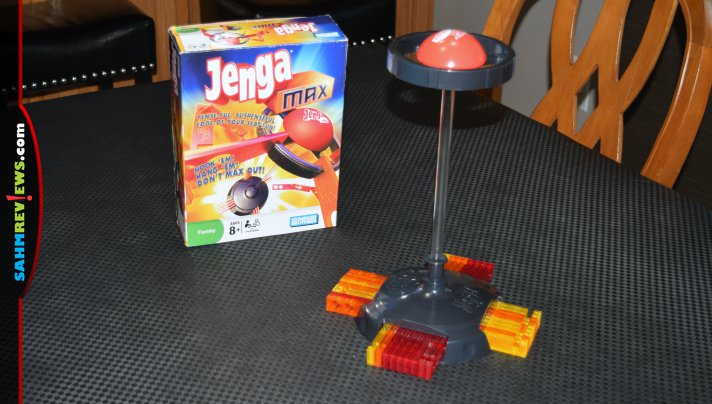 I’m sure, like most, you have played a version or two of Jenga over the years. We continue to find official variations like Jenga Xtreme and knockoffs like UNO Stacko. This week we came across a never-opened copy of Jenga Max at our local Goodwill. Because it looked so different from the other Jenga games we’ve played, it had to come home with us. 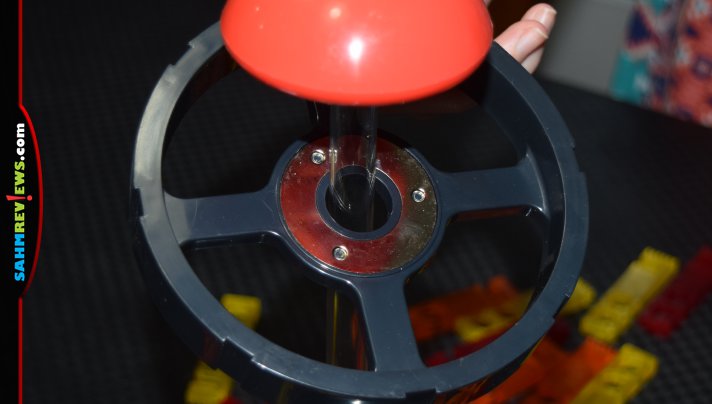 The first thing we had to do was assemble the magnetic tower. There’s a base and insert, in which the pole from the hub is inserted. The pole also goes through the upper ring, which is held in place by a magnet. This is the area in which pieces will be added and is suspended only through magnetic attraction. 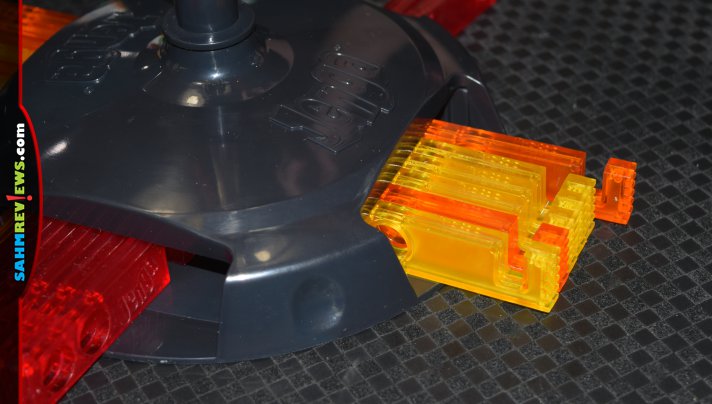 The 36 colored blocks are put into the base forming a draw pile that anyone can pull from. Beginning with the first player (Jenga Max supports 2+ players), the first three people will take one block and attach it to the ring in one of the grooves. These form the starter blocks from which all other blocks will connect. 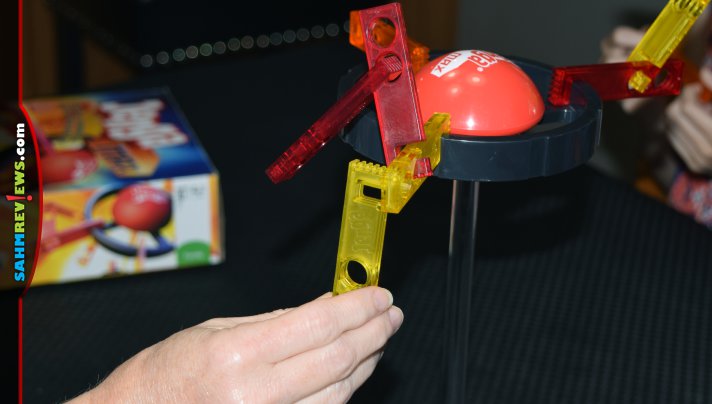 After all the starter blocks are in place, each subsequent turn will challenge the player to take one of the blocks out of the base and attach it to either of the two holes in any block. The newly placed piece may hang down, stick out sideways or even progress upwards. The piece’s color does not matter – the only stipulation is that you may use only one hand to attach the block. As long at the tower doesn’t tumble within five seconds, your turn is successfully completed. 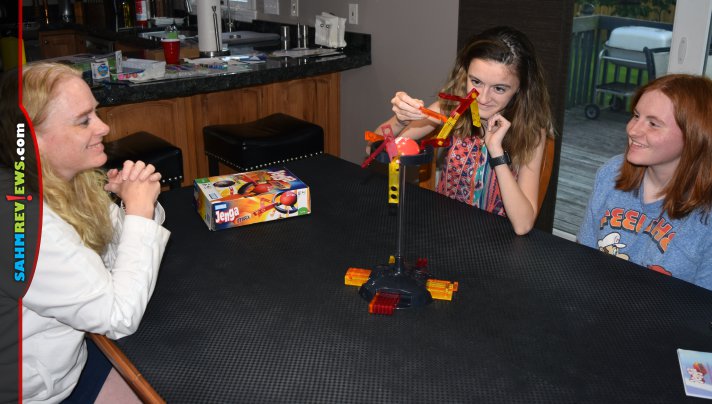 If you happen to knock off one or more pieces, but without the tower crashing, you get to add those back to the tower and they don’t have to be returned to their original position! As the game continues, the arms protruding from the tower become longer and more precarious. 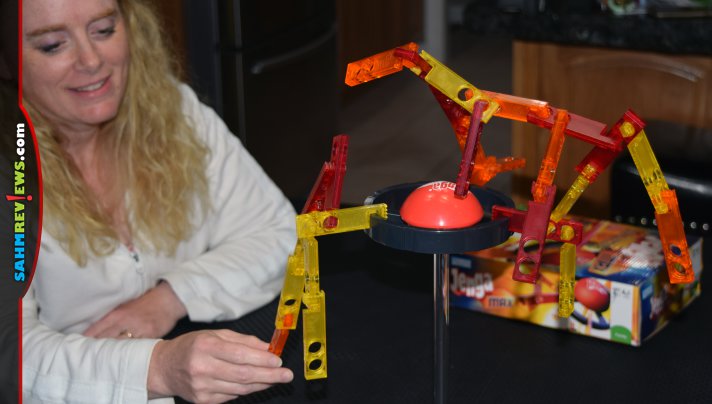 You’re looking to balance the weight so that the magnet continues to hold the ring in place. If all of the blocks get added without the tower tumbling, new turns require the active player to remove one from either of the two shorter arms and add it to a longer arm. Once the tower falls, the player to have most recently successfully placed a block wins Jenga Max! 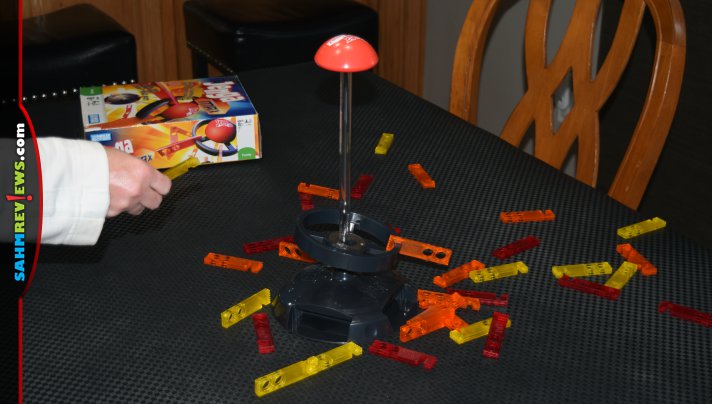 The game play is pretty similar to Suspend by Melissa & Doug, so you probably don’t need both in your collection. You can find new and used copies of Jenga Max on eBay for reasonable prices, but don’t expect to find it on normal retail shelves as it appears to be out of print for a few years.

What interesting versions of Jenga have you played?