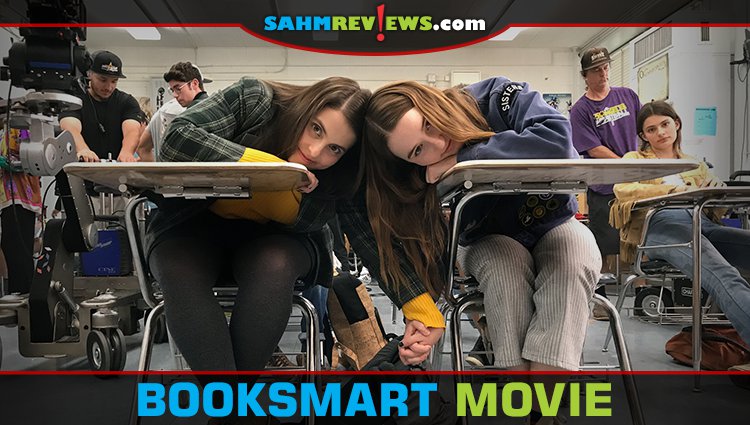 Things to Know Before Seeing Booksmart Movie with Your Teens

The toughest conversations are usually the ones that end up being the most important and potentially the most life-altering. Parents don’t generally flock to the table to have conversations with their kids about sex, drinking or drugs nor is there an urgency to discuss a living will with aging grandparents. Frankly, it’s often hard to broach such subjects in the first place regardless who it involves. We’ve said many times that we make opportunities for conversations by finding activities for family bonding such as playing board games or watching TV shows and movies together. When I shared about upcoming movies worth seeing in May, I mentioned Booksmart among the list but had no idea it would be such a conversation starter.

We push our daughters to always do their best whether it’s in academics, sports or extra-curricular activities. Our only requirement is that they finish what they start because an instructor, coach or leader is expecting them. Of course, we also encourage them to be social because living is just existing without friendships and joyful memories. It’s not our intention for them to go out and party with other kids, but that doesn’t mean we shouldn’t have such conversations. Booksmart opens the door to such discussions. With that said, I think parents of teens need to watch this together, but before you go, these are the things you should know.

The premise is of two girls who spent their high school years with the one goal of getting into the college of their choice. Their path included being academically first in their class, president of the student council and strategically involved in resume-building activities like debate team. Partying? No. Dating? Not important. Unnecessary distractions? Absolutely not. On the cusp of graduation, they realized that they missed out on a lot of what makes high school so memorable. They missed the opportunity to have fun so they have one night to rectify that situation and not walk away with regret looming.

This is probably one of the biggest reasons I see parents shying away from going to see the movie. It’s Rated R. So. What. We took our kids to see Deadpool, which is has an R rating, and they’re still pretty normal after seeing that. An R-rating is a Caution sign, not a “Do Not Enter” sign. I mean, I’ve had foods marked that they are spicy and I’ve still tried them and discovered they are delicious. If you limit yourself to what you *think* is appropriate then you are missing out on a lot.

Kids Swear a LOT in Booksmart.

NEWSFLASH! Kids swear a lot in real life, too. They won’t hear anything in Booksmart that they aren’t hearing multiple times daily at their real high school. 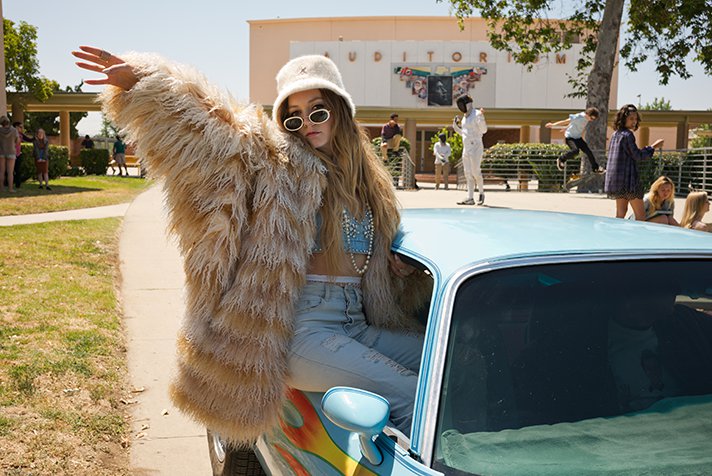 Adult Supervision is Limited in Booksmart

You’ll see kids tearing through the halls, mouthing off at each other in class, driving recklessly through the streets and sneaking off to parties. Parental and adult supervision are almost non-existent in Booksmart but it really doesn’t take away from the movie. The whole thing is written from the teen perspective so take the lack of adult supervision with a grain of salt. 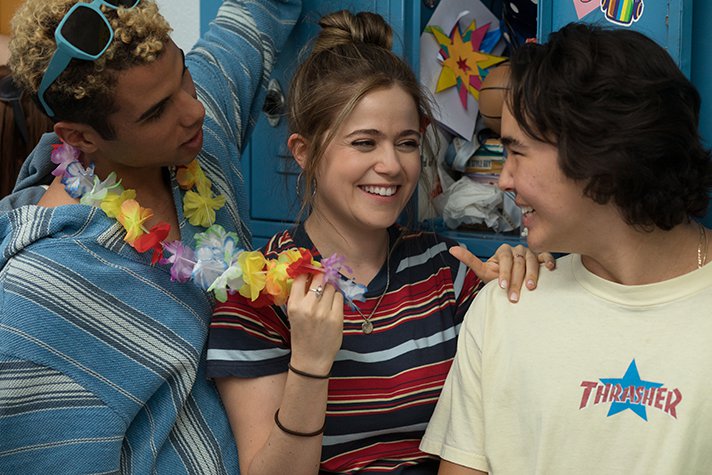 Drugs, Drinking and Sex are depicted in Booksmart.

Before purchasing tickets to see Booksmart with our kids, we read up on what to expect. Reviews noted that the movie will make you feel uncomfortable. I don’t know if it has to do with the depiction of sex, drugs or drinking as a normal part of what the cool kids do at school or if it’s something else. I assure you it didn’t make me uncomfortable with my teens and I tend to blush easily at the first mention of such topics. Perhaps it’s because my daughters have already told me that kids in their school have been caught performing oral sex and doing drugs AT SCHOOL. 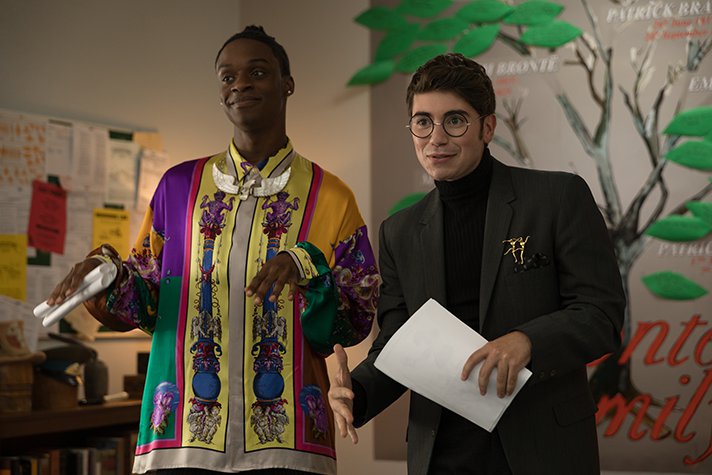 While the main characters aren’t depicted as the dating type, they do discuss the different paths they plan to walk in life. I’ll refrain from giving much more details on their sexual interests as it is part of the plot line and I don’t want to spoil anything. Throughout the entire feature, they do a great job of showcasing the different types of people, personalities, interests, ways of life and talents that make up a typical student body.

Booksmart is destined to be a classic.

While it isn’t a blockbuster movie akin to Avengers: Endgame, Booksmart is destined to make a mark in the pop culture history books in the same way that Sixteen Candles, Valley Girl, Ferris Bueller’s Day Off and Fast Times at Ridgemont High did for my generation. Each decade has seen these types of real-life-depicted-through-art movies and Booksmart is that for today’s high school kids.

Other than knowing it might make me uncomfortable, I wasn’t sure what to expect before entering the theater. All I knew is Booksmart has the potential to open up doors to conversation while also knowing my daughters had the opportunity to see this in theaters. We want our girls to be the best version of themselves possible and that means knowing they may attend a party or be offered drugs. We hope that by having conversations in advance that they’ll know how to respond when put in difficult situations.

Both have said they were able to picture different kids from their school in the various roles and have also shown an interest in seeing it again with their friends. I’m all for that because it’s a really good movie. I hope other parents will feel the same way.

Would you go see a movie like Booksmart with your teens?