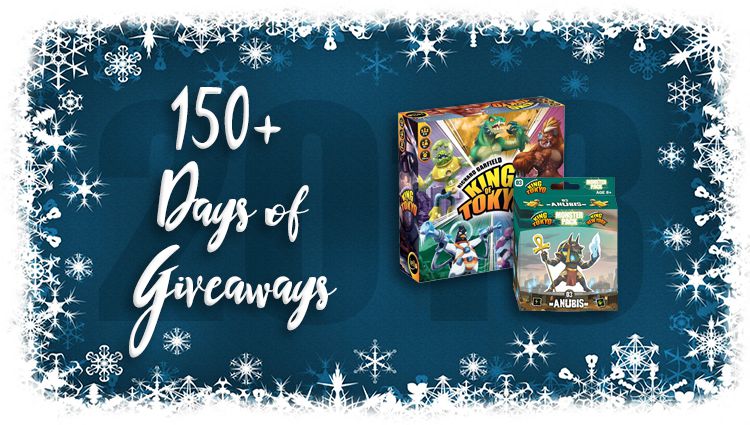 It’s an ongoing joke in our family that whenever someone is busy or out of town, the remainder of the family goes out for sushi. We have such a fascination with it that we made a list of tools for making sushi at home, made kid-friendly sushi and put together an article on how to host a sushi-themed party.

We had so much fun that we decided to create a follow-up feature including Japanese-themed games. First on that list was King of Tokyo from iello Games. It’s an excellent game that has a couple variations along with some additions that throw extra wrenches in the game. This year, we included one of those add-ons, the Anubis Monster Pack, to our list of stocking stuffer ideas and iello opted to give one away as part of our Mega Giveaway. But if you don’t own either King of Tokyo game or King of New York game then you wouldn’t have much use for it if you won. So they wanted to make sure the winner could put it to good use and are offering King of Tokyo AND the Anubis Monster Pack as today’s prize! Whether you enjoy sushi or not, you’ll want to enter this giveaway!