Nearly everyone in our family loves Sudoku puzzles. We’ve religiously done the ones that appear in our daily newspaper. We’ve also purchased paperback books to take along with us on long trips. We get upset if someone has already completed the ones in the airline magazines, especially if they did them incorrectly. And we’ve purchased games with a Sudoku theme on many occasions.

When we spotted Quad*doku at our local Goodwill, we didn’t let the fact that it was a word game hinder our purchase. Plus it was only $1.88, so even if we didn’t like it, we weren’t out very much. I won’t go as far to say that we loved it, but we didn’t hate it. 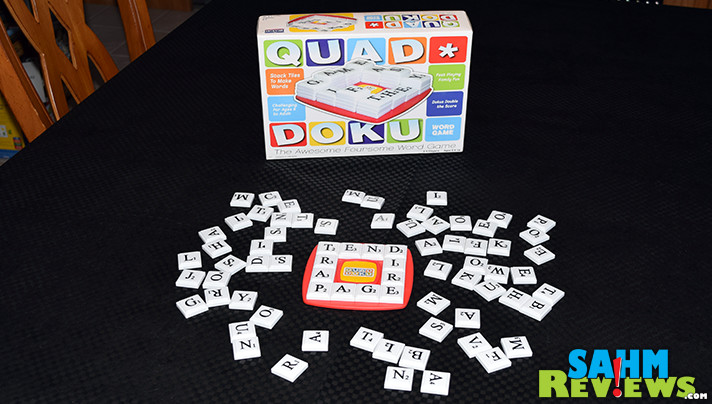 Most word games have you trying to build a word out of a limited number of drawn tiles. Quad*doku is different in that all letter tiles are face-up and as many as you need can be used during a turn. The 4×4 plastic playing grid is pre-populated with the exact same starting tiles each game. These are all four-letter words (don’t worry, all “family-friendly” 4-letter words!) and have a total scoring value of 10 points in each line. 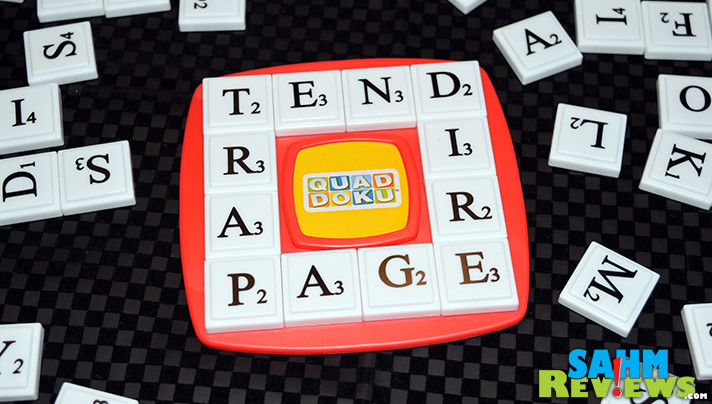 On each player’s turn, you will grab tiles and try to make new words by laying the drawn tiles over other letters, spelling new words (or even the same word!). If you are laying the same letter on top of itself, the value on the tile must be different. Each new 4-letter word must be legitimate and may be challenged by other players. 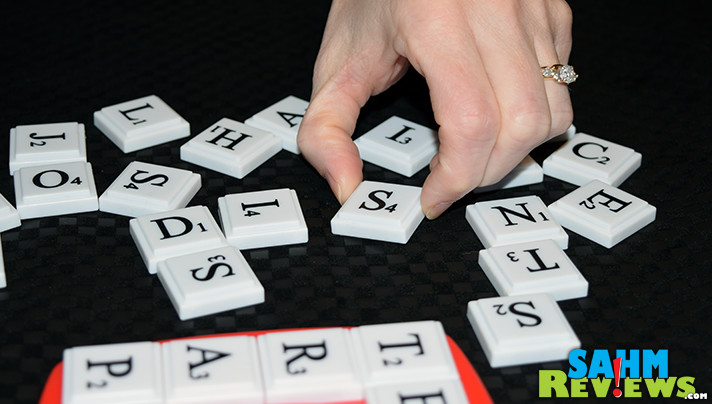 Take your time searching for letters as you will want to score all four words if possible. You’ll receive the sum of each word for your turn and double if you word creates a “doku” by making a word that totals ten points! The highest you can score in a round is 80 points, by creating a new “doku” on each side, giving you 20 points per word. Players take turns until either there are no tiles to draw of no new words can be made from the tiles left. The game ends immediately and the person with the highest total wins Quad*doku! 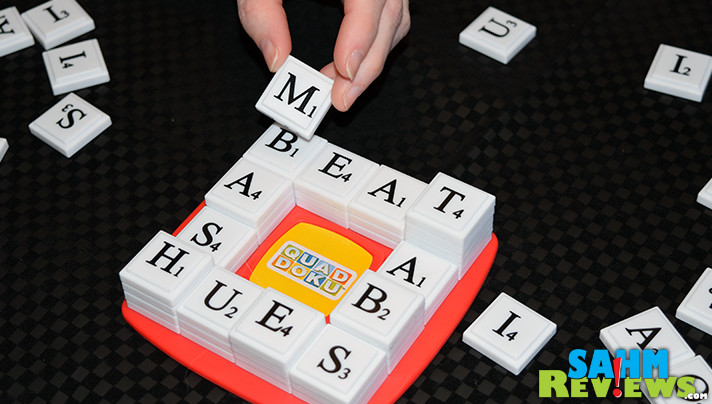 Quad*doku seems that it would benefit from the use of a game timer. Otherwise competitive players are likely to spend too much time trying to maximize their score on every turn, leading to a lot of downtime for those whose turn it isn’t. Going first definitely has an advantage since you can choose from the entire pool of letters. Later rounds are more difficult as your letter pool decreases, thus leading to even longer turns as you try to find something that works!

Quad*doku is unique in that not all tiles are worth the same amount, and the fact that words only need to be four letters long opens it up for younger ages to play and succeed. Even though listed for ages 8+, it should be able to be played by kids as young as six or seven. Originally published by Cadaco, it is now offered new by Ideal Games for around $15 shipped!

What is your go-to word game?