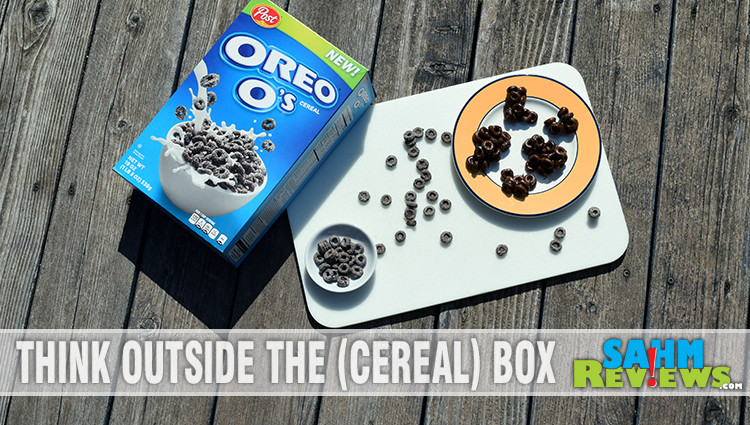 Remember a couple weeks ago when I was so excited to find snack packs that included classic flavors, including Oreo cookies? That sweet tooth thing really does me in, but I’ve found ways to balance it. What is worse is that I have two teen daughters who are a roller coaster of food-related decisions. They make plans to eat breakfast, but morning comes pretty quickly – especially when they’re up late doing homework or at a school event. Sometimes there isn’t time for breakfast, sometimes “nothing sounds good.”

So I am constantly trying to make sure there are options to eat. Protein drinks and bars, toaster pastries, hard boiled eggs, meats, cheeses, cottage cheese, yogurt, fruit and of course, cereal. I even make homemade pancakes and waffles and freeze them for a quick breakfast treat. The more options, the less likelihood that they can claim that we don’t have anything in the house. As excited as they were about the Oreo snack packs, it became pretty obvious that Oreo O’s cereal would be a good option to stash in the cabinet. So I set out to find it at Hy-Vee only to discover a gaping hole on the shelf where it belonged. They called another local store, but that one was out of stock also. This stuff must be pretty good if they can’t even keep it on the shelves! 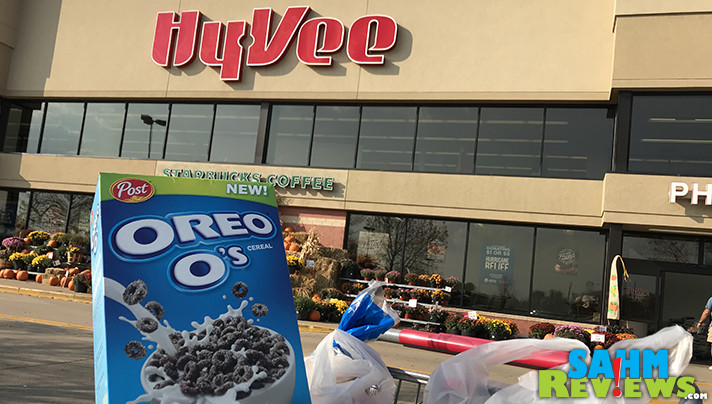 I made it a mission to get my hands on a box. Three trips to Hy-Vee later and I finally scored! I was debating buying multiple boxes since they actually had it in stock, but I decided that it would be better to start with one and make sure the kids liked it… and of course, make sure that yours truly liked it as well. 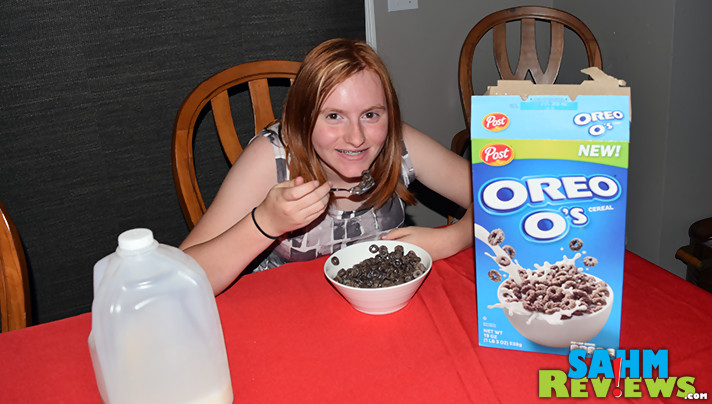 I’m going to have to say that not only did it make the breakfast cut, but one of us even opted to make it their dinner on “free choice” night. Considering I always have to beg (read: demand) they have a glass of milk with their dinner, I certainly see no reason to dispute letting them have cereal for dinner. Two birds, one stone…

After tasting Post Oreo O’s myself, I had an idea that these would be delicious in a Puppy Chow for People recipe in place of the other cereals I had been using. I was all set to try it out when I realized I was out of chocolate chips. Yeah, we don’t stock those in our pantry because, well, my sweet tooth knows where I hide them. So I started looking for other recipes that had a similar taste and landed realized the No Bake Cookies my mom always makes during the holidays would work. I could substitute the Post Oreo O’s for the oatmeal. 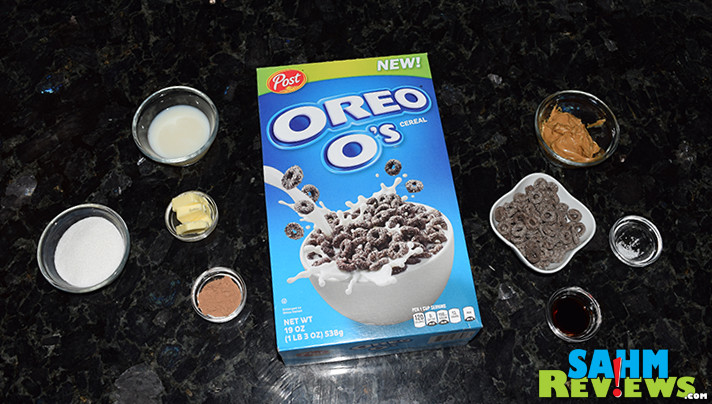 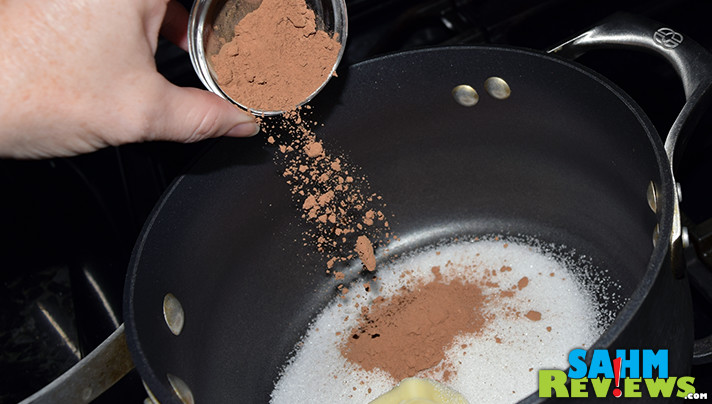 Measure ALL ingredients in advance as it’s important to be prepared to mix them second step ingredients as soon as the cooking mixture is removed from the heat. In a small saucepan, combine milk, sugar, butter and cocoa powder. Bring to a boil, stirring regularly for 1 minute. Remove from heat.

Add the Oreo O’s cereal, peanut butter, vanilla extract and salt to the warm mixture until combined. I love peanut butter so I made it a heaping 1/4 cup. Don’t do that… it prevented the mixture from setting up as well. You could actually get away with a bit less peanut butter. 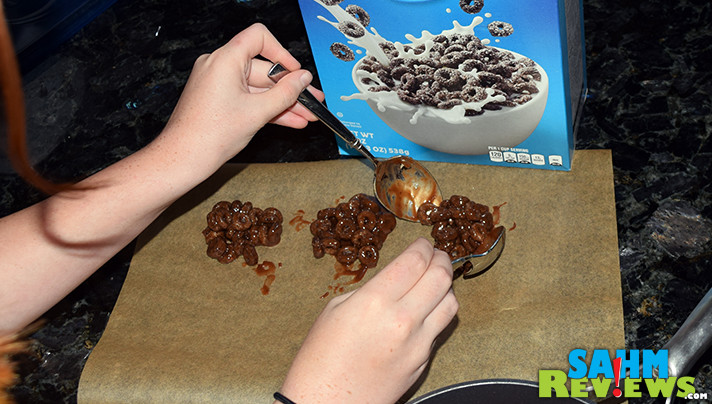 Drop by small teaspoons onto parchment paper and let rest until hardened. It’s unseasonably warm here right now so I ended up putting them in the refrigerator. Since they’re absorbing the heated mixture, they lose their crunchy texture and have a gooey texture similar to the original recipe that included oats. 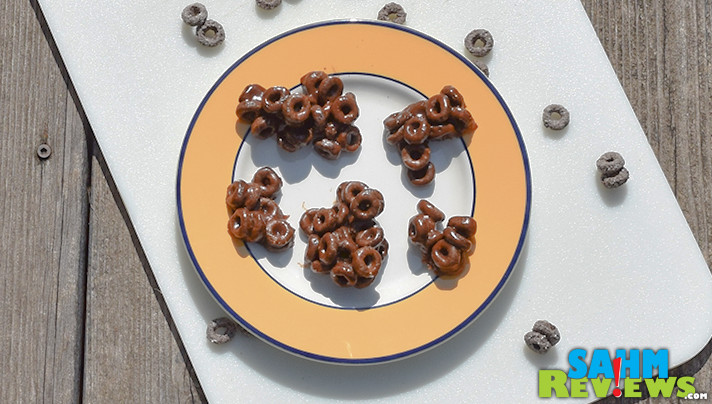 This small-size batch should make about a dozen medium cookies. Give or take depending on how many you sample while dropping onto the parchment.

Keep an eye out at your local retailer for Post Oreo O’s cereal. (Oreo® and the OREO Wafer design are registered trademarks of Mondelez International group, used under license) As I previously mentioned, I picked this box up at Hy-Vee and I’m currently wishing I had grabbed more than one box! Great for breakfast, as a snack (by the handful) or in recipes in place of other cereals. In addition to this one, we’re planning it for Puppy Chow for People as well as Dirt Dessert. We’ve also discussed trying them as part of a Scotcharoo recipe, but I’m not sure how the butterscotch chips would work with the Oreo flavor. Kennedy said she plans to add these to vanilla ice cream and I think that’s an awesome idea!

What recipe would you add Post Oreo O’s cereal to?