By now you know I’m not a whiz in the kitchen. I still make family recipes whenever I have the chance, but rarely venture outside of my comfort zone and try something new. On the other hand, Scott isn’t afraid to experiment with new cooking techniques, flavors and ingredients. Most of the homemade birthday cakes (ok…all of them) were his doing.

About this time every year I see my blogging friends coming up with so many creative ideas for the holidays. The girls are at the age where they’re seeing them in their Instagram feeds, so naturally they want to try them also. One of the hottest do-it-yourself food crafts has been making things out of Jolly Rancher candies. It seems we always have some in the house, so we decided it would be a good family project to try out.

After a number of Pinterest searches we settled on a season-appropriate recipe of Caramel Apple Lollipops. We decided to use these lollipop molds from Amazon since you get three for one price. There are also a number of similar silicone molds that I’m sure would have worked just as well – it’s baker’s choice! 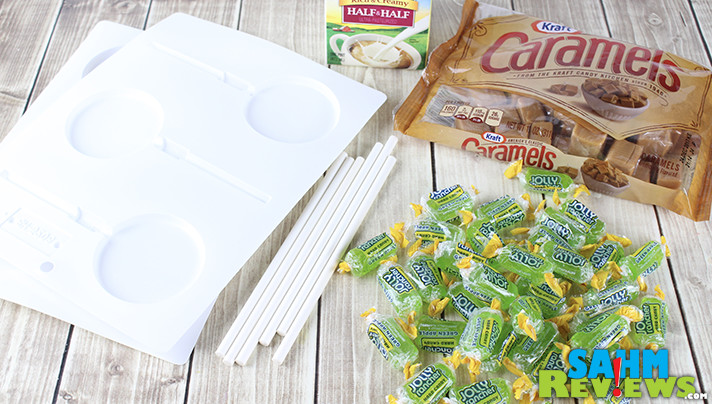 Start by preheating your oven to 275° and gather your ingredients. In addition to the molds you’ll need some lollipop sticks, a Ziploc bag and something like a rolling pin to crush the candy with, a couple dozen green sour apple Jolly Rancher candies (unwrapped of course), one cup of Kraft caramel candies (also unwrapped) and four tablespoons of half-and-half cream.

Put the candies in the Ziploc bag and crush them until they are the size of small gravel. You don’t have to grind them to a powder, but they should be no bigger than the final thickness of the lollipop you’re making. 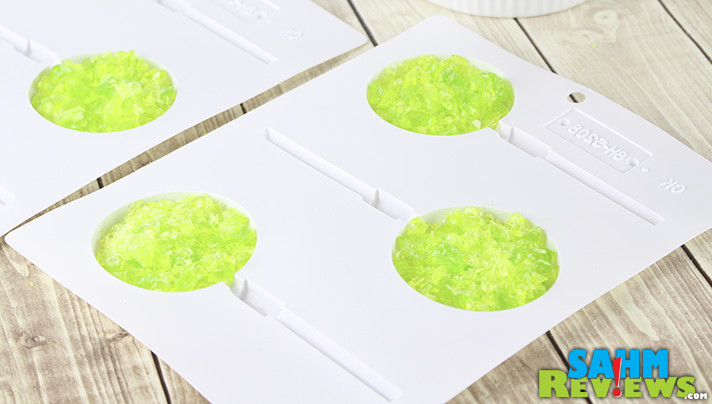 Fill each mold generously with the crushed candy pieces and put them in the preheated oven for 5-6 minutes. Make sure the candy is completely melted before removing them from the oven. 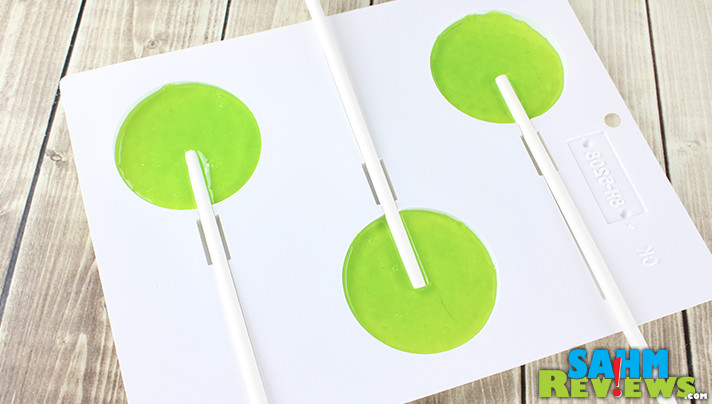 Immediately place the sticks into each sucker and set aside to cool. You can throw them in the refrigerator to speed up the process, but in the meantime you’ll want to be working on the caramel sauce. 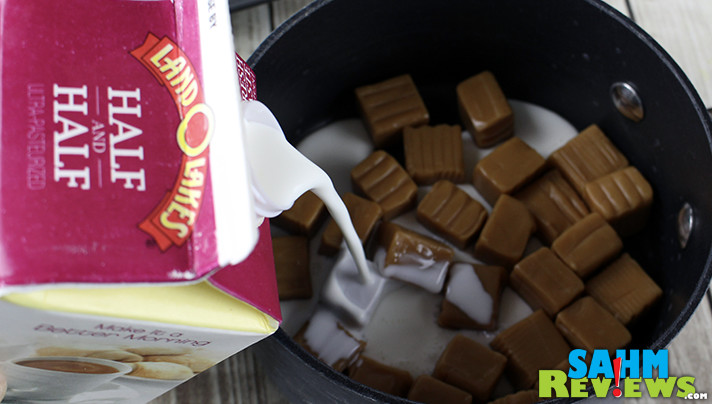 Add four tablespoons of half-and-half cream and the unwrapped caramels into a small saucepan and heat them on medium-low until melted and smooth. 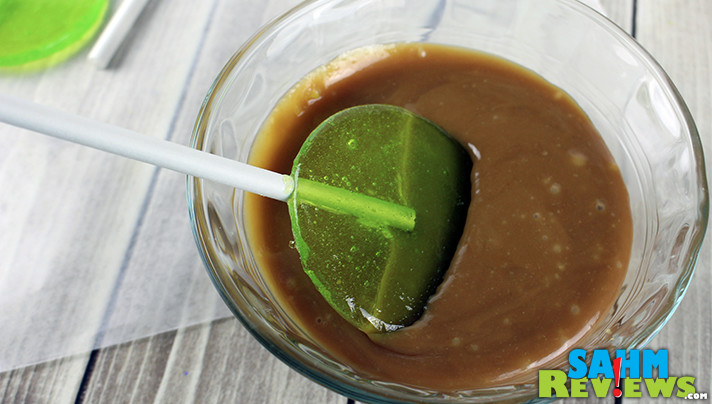 Transfer the sauce to a small bowl for easier dipping. Dip each lollipop into the melted caramel and place on a lined cookie sheet to cool. If you like, sprinkle with multi-colored sprinkles before the caramel cools for a more festive look! 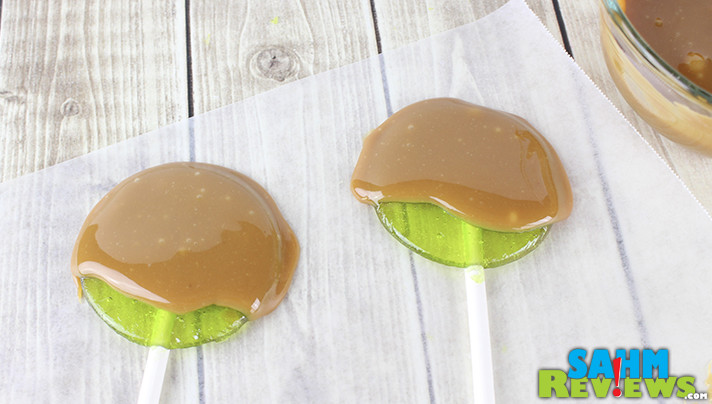 And that’s all there is to making your own Caramel Apple Lollipops! Start to finish the whole process took well under 30 minutes and proves that I can try something new in the kitchen and succeed! If I can do it, it’ll be a breeze for you!