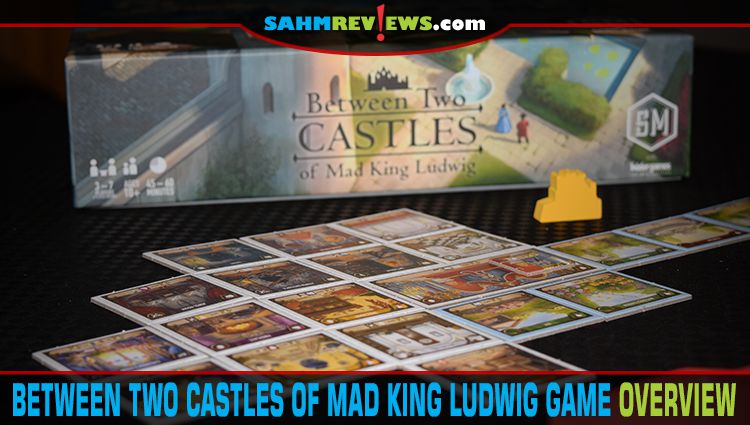 The concept of artistic collaborations has been around for years across various mediums including music and movies. There are even food franchises that have joined forces for cross-branded products like Oreo cereal. In recent years, we’ve heard more about collaborations because they’re common in videos and influencer marketing. It’s a way to capitalize on two different fan bases. My girls go crazy when their favorite YouTube stars collaborate with each other!

Not only is it great marketing, but it’s also an excellent way to diversify what you normally do. People don’t know what they don’t know. Sometimes adding a unique component into the mix is a good way to introduce people to something different. We originally focused on food, travel and general household content here. Scott began featuring board games through a weekly series showcasing games found at thrift stores and look where that has taken us! We’ve covered so many types of games, including semi-cooperative games like Between Two Cities from Stonemaier Games and non-cooperative games like The Castles of Mad King Ludwig from Bezier Games. If you read the title of this article, you probably understand why I singled those two games out of the very long list of ones we have featured. That’s summed up with one word: Collaboration. 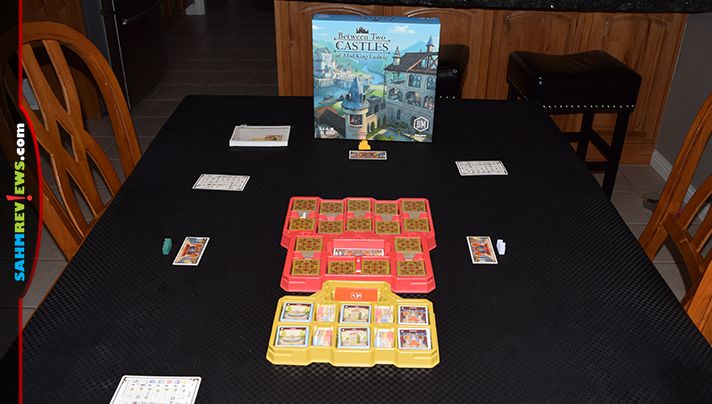 Between Two Castles of Mad King Ludwig is a mashup of the two previously mentioned games with some game practices from each built into the new version. Setup is more similar to Between Two Cities with the tile tray containing regular randomly shuffled room tiles being placed in the center of the table. Preferably a round table since players will be collaborating (hmmm… there’s that word again!) with the players on either side of them. The smaller tray with specialty rooms and attendants is also placed in the center of the table with the different tiles sorted by type. Shuffle the seven Throne Room tiles and place one in-between each set of players, discarding the remainder. Place a wooden castle near the Throne Room as well. This is how that castle will be identified when scoring.

Between Two Castles of Mad King Ludwig is played over two identical rounds. You’ll begin each round by drafting nine tiles, select two and place the remaining next to you. One will go into each of your two castles. Each player on either side of you will do the same so you’ll end up placing two into each castle in each phase of the round. After placing, you’ll draft from the seven the person next to you provided. This process continues for four turns each round. 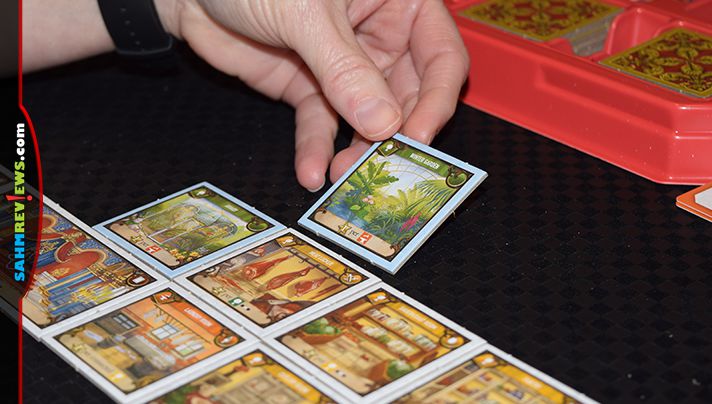 With the original Between Two Cities, players were restricted to a set grid size whereas Castles of Mad King Ludwig allowed players to assemble their castles in any form that met the criteria for placement. In this game, placement is more like the latter. Players build their castles from their Throne Room tiles and may place tiles freely without the restriction of a grid. You can build it as high or wide as you like as long as you meet placement requirements! Basement tiles are placed below the Throne Room while other rooms are placed next to or above the Throne Room. 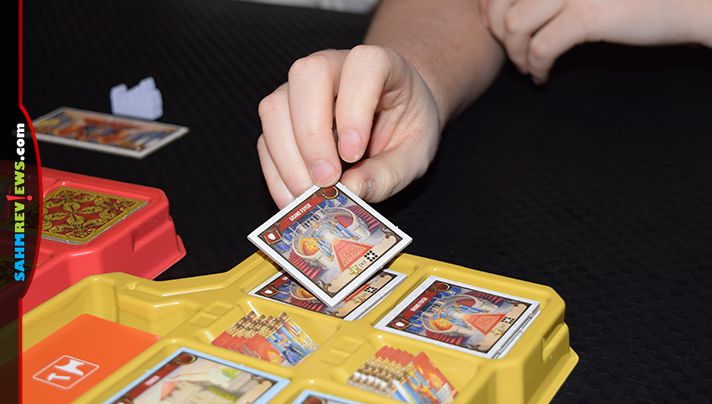 What gives this game depth are the scoring and bonus mechanisms that vary per room. As an example, when you place your 3rd Food room, you immediately get to draw 5 tiles from the supply and add one of those to your castle. Food rooms score based on the type of rooms placed next to it. Whereas when you place your 3rd Outdoor Room, you are allowed add a Fountain worth 5 victory points to your castle. Scoring of Outdoor Rooms vary based on the type of rooms in the castle.

Utility Rooms, like in its predecessor, allow the player to draw a bonus card that awards victory points for various types and locations of rooms. You’ll draw three at random then select one of those three to keep for scoring. Unlike Castles of Mad King Ludwig, you’ll only be able to earn a maximum of two of these cards. When you complete a third downstairs room, you may select any ONE of the other bonuses. This is the only way to earn two of one specific type of room bonus. 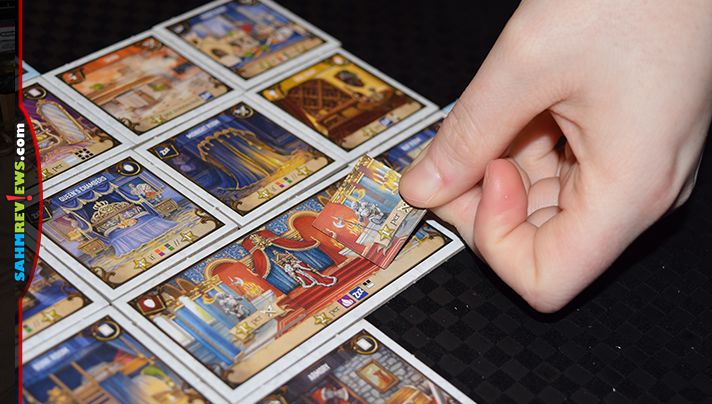 One component unique to this game is the bonus offered when placing the 3rd Living Room. Rooms in the castle depict different types of artwork. Claiming the Living Room bonus awards you a Royal Attendant. At the end of the game, you’ll earn victory points for each wall hanging that matches the particular Attendant you selected. 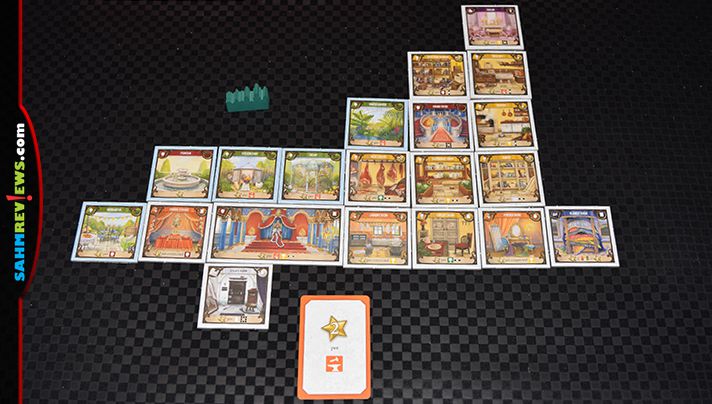 The diversity of the bonuses gives each player a different focus and helps ensure each castle is unique. These variables also give the game a lot of replay value since no two castles – and therefore no two games – will ever be the same.

If you’re ready to work with your neighbor to build an awesome castle, then pick up a copy of Between Two Castles of Mad King Ludwig on Amazon. You can also check with your local game store for availability or pick up a copy direct from Stonemaier Games. We’ll soon be sharing another game from them that has taken flight so keep watch for that. In the meantime, build a relationship with Stonemaier Games on Twitter and Facebook to see what else they have in the works.