We continue to be amazed by the variety of different types of games offered in Eagle Gryphon Games‘ E•G•G Series. A couple weeks ago we featured Dexikon, a deck-building game where you build a hand to create more and more complex words. Before that was a dice game, Krakatoa. And even earlier was King’s Kilt, a card game about getting your clan to the top and becoming King!

This week brings the sixth in the series, and it’s conveniently named “SiXeS“. You would think by the title it will be somehow math-related, but you would be incorrect. In fact, SiXeS has very little to so with the number at all! Other than the number of rounds (six), the maximum number of answers you may give (also six) and the number of categories (six)…ok, maybe it makes sense. 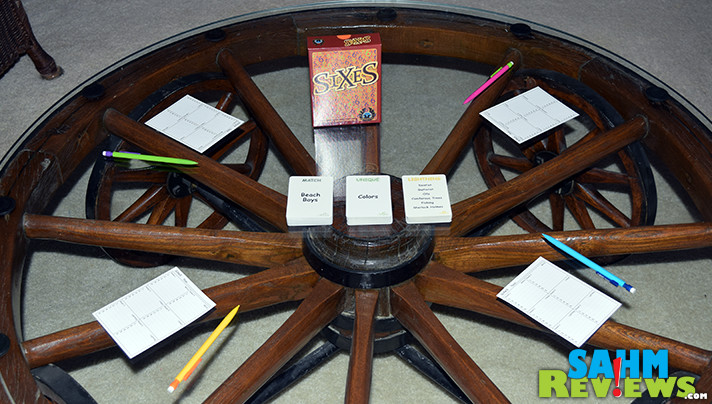 A game of SiXeS is pretty easy to explain. Each player is given a custom score sheet and a pencil to write with. Three stacks of cards are made, one for each round type (Match, Unique and Lightning). At the beginning of each round, one card from the appropriate stack is turned over and read aloud. 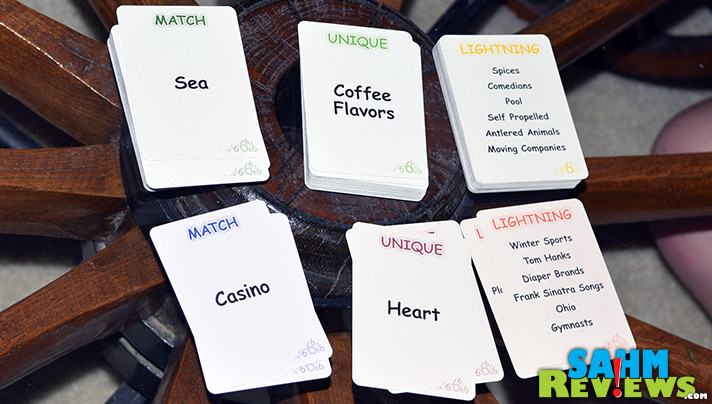 As mentioned, there are six rounds in a game of SiXeS. Two rounds each of Match, Unique and Lightning are played, alternating rounds each time. Only the card type matching the current round is utilized and what you’ll write on your pad is determined by the goal of the round. 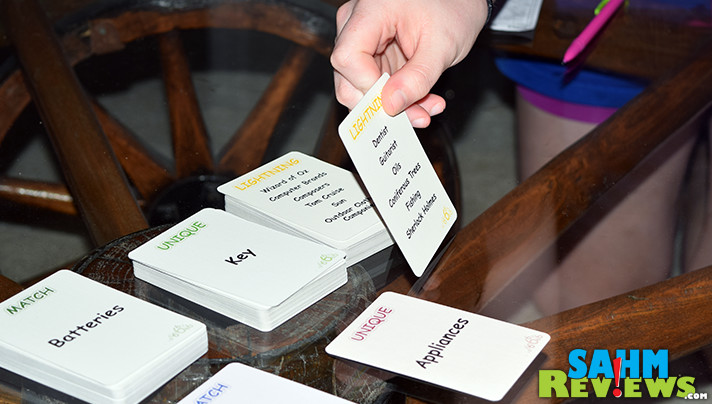 During a Match round, the card will name a subject type (eg. camera) and everyone writes down six words that they associate with “camera” while a 1-minute sand timer (not included) runs. To score, you receive a point for each item on your list that matches at least one item on any other player’s list. 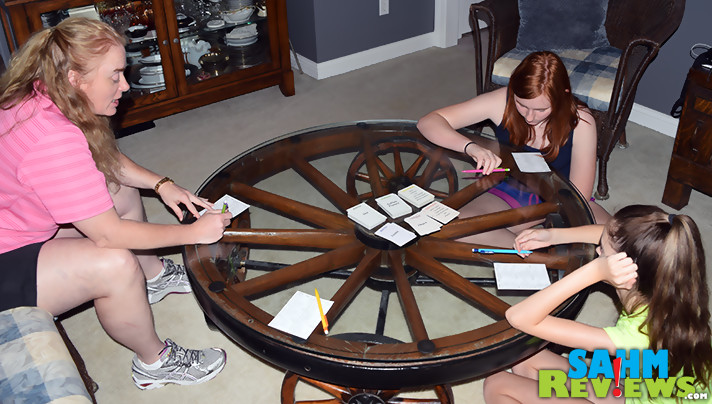 A Unique round works in the opposite way. Again, the card will have a random subject and your goal is to come up with words that no other player thinks of, yet is still associated with the original subject. Lightning rounds combine speed with a Match challenge. The Lightning cards have six different words on them and you must write down one word for each one. Again, get a point for each word that matches at least one on someone else’s paper. 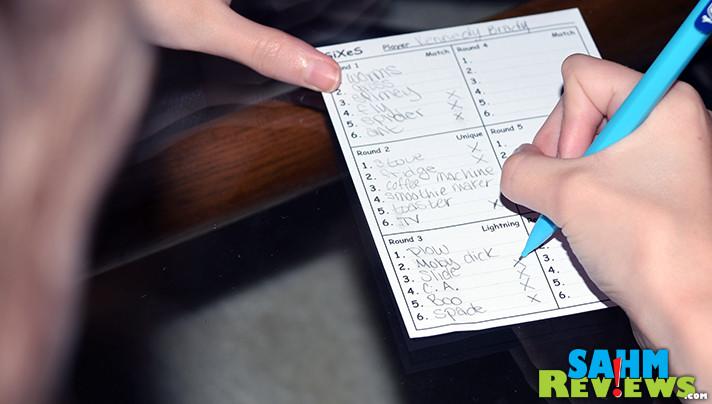 In all cases, if you get the maximum score of six points during a round, you receive one bonus point for a total of seven. Wait…that’s not a six! Close enough, and the player with the highest total after six rounds is the overall winner of SiXeS.

As with the others in the series, SiXeS rings up at under $15 on Amazon. It’s starting to become very obvious that the full set with an average price of under $12/each is the way to go. Stay tuned for the next in the series in a couple weeks, ironically named “Seven7s”. Wonder how many rounds it will play?!

Do you consider yourself good at word games?